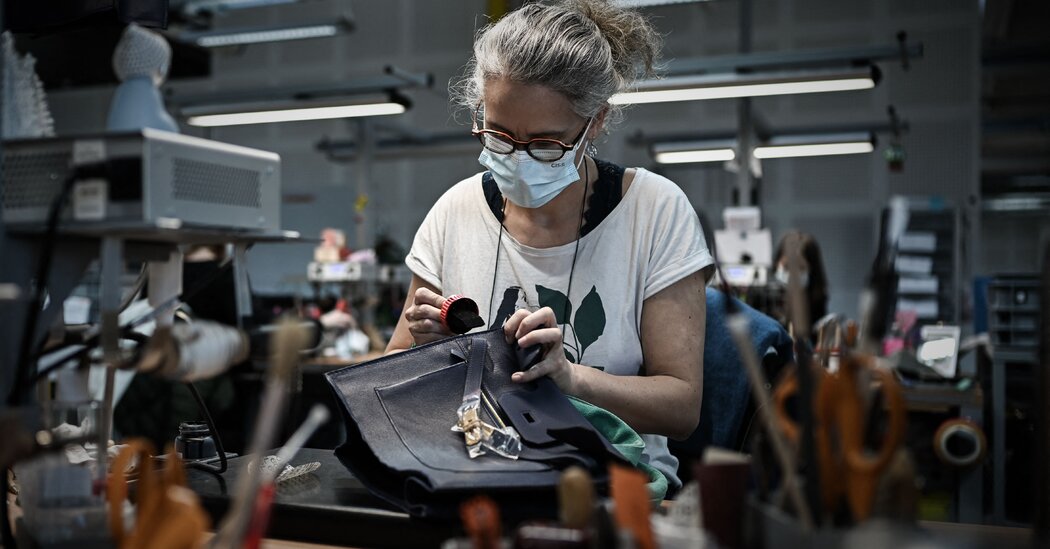 The French economy is beating expectations, while that of Germany is weakening.

France assumed Germany’s traditional role as the economic powerhouse in Europe after a strong end to last year, while the German economy contracted in the last quarter of 2021 as it grappled with a resurgence of the coronavirus, official data revealed on Friday.

France’s economy grew 7% in 2021 – its fastest pace since 1969 – supported by government subsidies that helped fuel investment and production, both of which exceeded pre-pandemic levels, official data shows. published by the INSEE statistics institute in Paris. In the last quarter of the year, the economy grew by 0.7%, supported by an increase in consumer spending.

France is gearing up for a presidential election in April and President Emmanuel Macron finds himself in a deadly campaign for a second five-year term. His government chose to keep only minimal pandemic restrictions in place and instead encouraged people to get vaccinated in a bid to keep the country’s economy open.

In Germany, where vaccination rates are lower than in France, the government decreed more restrictions at the start of winter, requiring shoppers to show proof of vaccination and closing holiday markets. These measures have dampened consumer spending, which contributed to the contraction of 0.7% in the last quarter of 2021, according to data published by the Federal Statistical Office.

Overall, the German economy grew 2.8% in 2021, slightly above the 2.7% expected by officials, but still hampered by persistent bottlenecks in supply chains.

The resurgence of coronavirus infections, as the Omicron variant spreads across the country, continued to dampen growth in Germany, which is expected to struggle in the first quarter of 2022. This week, the German government lowered its growth forecast this year to 3.6%, against a forecast of 4.1% made at the end of October.

Despite the slowdown in Germany, analysts still expect the Eurozone economy to continue its recovery in the first quarter of 2022, driven by the strength of the French economy and growth in Spain which also exceeded expectations. , rising 2% in the fourth quarter. The European Union will release data on the 19-nation euro zone economy on Monday.

Even as they face the threat of a recession – commonly defined as two consecutive quarters of falling output – German companies appear confident that as the year progresses growth will pick up, two surveys have shown. different. Manufacturers are hoping bottlenecks will ease, and restaurants and hotels are preparing for consumers eager to get out once milder temperatures usher in a reprieve from the virus in the spring and summer.

The most recent Ifo Institute survey of German business leaders, considered a reliable predictor of the direction of the economy in Germany, showed sentiment improving by almost a point for the first time in seven months. Meanwhile, a survey by IHS Markit, a research firm that tracks the manufacturing and service sectors, hit a four-month high.