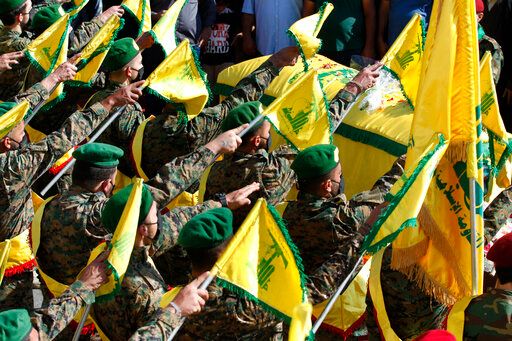 The European Union will not outlaw all of Hezbollah

The European Union will not ban the Lebanese Shiite Hezbollah movement.

Asked about a total ban on Hezbollah, Katharina von Schnurbein, coordinator of the European Commission for the fight against anti-Semitism and the promotion of Jewish life, avoided the question and passed it on to her superiors, according to Jerusalem post.

“Any modification of the nature and scope of the existing list must be discussed and decided by the EU Member States unanimously. “

The EU is currently designating Hezbollah’s “military wing” under the EU’s sanctions regime to fight terrorism, a move that was taken in 2013 following an attack on a tourist bus in Bulgaria. The attack killed five Israelis and their bus driver.

Hezbollah, as an organization, sees itself as a unified movement that cannot be divided into political and military sectors. Hezbollah spokesman Ibrahim Mousawi said in 2013: “Hezbollah is one big organization. We do not have separate wings from each other.

Hezbollah is part of the Lebanese government, however, it operates independently and does not take responsibility for what is happening in the country.

At COP26, Israeli Prime Minister Naftali Bennett urged Australia to classify all of Hezbollah as a terrorist organization.

ANALYSIS: search for smooth navigation for data flow across the pond