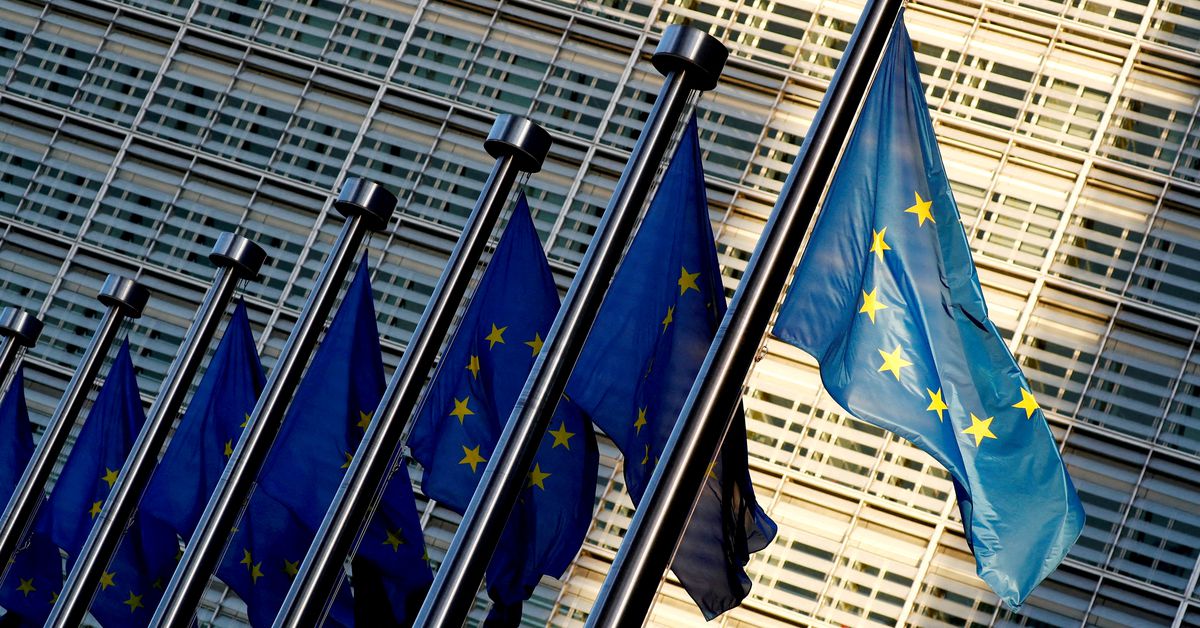 VERSAILLES, France, March 10 (Reuters) – European Union leaders on Thursday condemned the “untold suffering” Russia was inflicting on Ukraine, but at a summit in France they refused a call from Kiev to early membership in the bloc and differed on the scope of sanctions against Moscow.

The Russian invasion – the biggest assault on a European state since World War II – has upended the European security order and prompted EU capitals to rethink what the bloc should represent, its economic policies, defense and energetic.

The EU was quick to impose sweeping sanctions and offer political and humanitarian support to Ukraine, as well as arms supplies, in the days following Russia’s February 24 attack.

However, cracks have appeared in the bloc’s united front, from its reaction to Kiev’s demand for fast-track membership of the wealthy club to how quickly it can wean itself off Russian fossil fuels and how best to shape a economic response.

“No one joined the European Union overnight,” Croatian Prime Minister Andrej Plenkovic said as talks between the 27 national leaders ended in the wee hours of Friday.

Leaders’ chairman Charles Michel said in a show of sympathy and moral support: “Ukraine belongs to the European family.”

But others have made it clear that Ukraine will not be allowed to join in a rush, something Ukrainian President Volodymyr Zelenskiy has called for and which enjoys the support of Ukraine’s neighbors on the EU’s eastern flank.

“There is no fast-track process,” said Dutch Prime Minister Mark Rutte, a prominent opponent of EU enlargement, while adding that the bloc would continue to deepen its ties with Kyiv.

The door to membership could not be closed either, said French President Emmanuel Macron.

“Can we open an accession procedure with a country at war? I don’t think so. Can we close the door and say: ‘never’? That would be unfair. Can we forget the balance points in this region? ? Let’s be careful.”

Joining the EU is a process that usually takes years and requires meeting strict criteria ranging from economic stability to the eradication of corruption to liberal respect for human rights.

The invasion of Russia, which Moscow calls a special military operation, shattered the post-war European security order that emerged from the ashes of World War II and the collapse of the Soviet Union in 1991. .

Some EU leaders have pushed for tougher sanctions that would hit Russia’s oil and gas industries, even if it meant repercussions for European nations dependent on Russian fossil fuels.

Latvian Prime Minister Krisjanis Karins, whose country shares a border with Russia, said cutting off Russian oil and gas would be the most effective way to bring Putin to the negotiating table.

“We should go much further and much faster,” Karins said.

German Chancellor Olaf Scholz has not commented on whether the bloc should ban imports of Russian oil, something Berlin has ruled out so far. Russia supplies about a third of Germany’s gas and crude needs.

But the EU should stop using Russian fossil fuels by 2027, von der Leyen said, adding that it would come up with a roadmap for that in mid-May.

Leaders resume at 09:00 GMT on Friday to discuss policy on tackling war-related defense and energy spending in Ukraine. Divisions have emerged over the possibility of a new joint EU debt issuance, advocated by countries such as France and Italy but opposed by Germany, the Netherlands and others. Read more

“The war in Ukraine is an immense trauma… But it is also most certainly something that will lead us to completely redefine the structure of Europe,” Macron said.