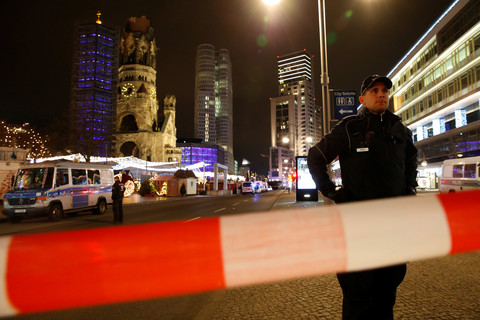 The European Commission should provide more legal clarity on the definition of “terrorism” in EU criminal law – in order to prevent fundamental rights abuses and discrimination, according to a report by the Fundamental Rights Agency. EU (FRA) discovered Thursday, November 18.

The EU Counter-Terrorism Directive was adopted four years ago to respond to the phenomenon of foreign fighters and to help Member States deal with threats of terrorist attacks.

The main novelty of the Directive, which updates counter-terrorism measures dating back to 2002, is the inclusion of new offenses which are considered “preparatory activities” for terrorist attacks – namely travel for terrorist purposes and receive training in terrorism.

But the legislation also amends the offense of public provocation to include the notion of “indirect provocation” – which has triggered a variety of approaches in the national laws of EU member states, such as “apologia for terrorism” in France or the humiliation of victims of terrorism or their families in Spain.

While the directive marks “a shift towards a preventive approach” which criminalizes certain activities on the basis of their potential to lead to terrorist offenses, the report calls on national authorities to put in place effective safeguards – in particular the use of ‘intrusive investigative tools and intelligence information during criminal proceedings.

“When terrorism strikes, its immediate destructive impact is painfully evident. But the fear and mistrust it engenders has profound and corrosive long-term effects on society,” said FRA Director Michael O’Flaherty. .

Meanwhile, the report’s findings also show that associating an individual with a specific religious group, specifically Muslims, increases their likelihood of being targeted in criminal investigations – necessitating a broader assessment of the impact of such a bias on different groups.

Crimes, such as “public provocation to commit a terrorist offense” and “travel for terrorist purposes” are mainly linked to “jihadism”, he also notes.

However, similar actions by right-wing extremists cannot be prosecuted under anti-terrorism legislation.

Experts criticized that the directive does not offer clear guidelines or criteria for distinguishing between legal and illegal forms of expression – exemplified in cases of similar behavior, where some are prosecuted for public provocation of terrorism and ‘others for incitement to hatred.

As a result, several academics, NGOs and oversight bodies have expressed concerns about the risks posed to the right to freedom of expression and self-censorship.

For example, a French actor known under the name of Dieudonné was sentenced in 2015 to two months in prison for apologizing for terrorism after having published on social networks “I feel Charlie Coulibaly”, in reference to the terrorist attacks against Charlie magazine Weekly.

But Spain appears to be one of the countries where anti-terrorism laws have been used the most to target artists, according to Amnesty International.

Nonetheless, the FRA report notes that proving the presence – or absence – of terrorist intentions linked to these activities has become a major challenge for prosecutors and defense lawyers, as well as a “source of major concern. in matters of fundamental rights ”.

The criminality of the offenses is determined by the intention of the person, which is difficult to prove.

Defense lawyers note that intent is not necessarily examined or established in some member states like France, where minors appear to be often prosecuted for glorification.

As a result, the EU agency warns that “authorities may rely on subjective criteria and guidance, presume the existence of intent in some cases and shift the burden of proof to the defense”.

The European Commission, for its part, has argued that the opening of infringement proceedings will lead to greater legal clarity in the rules for combating terrorism.

France to push the issue of migrants during EU presidency, according to Macron