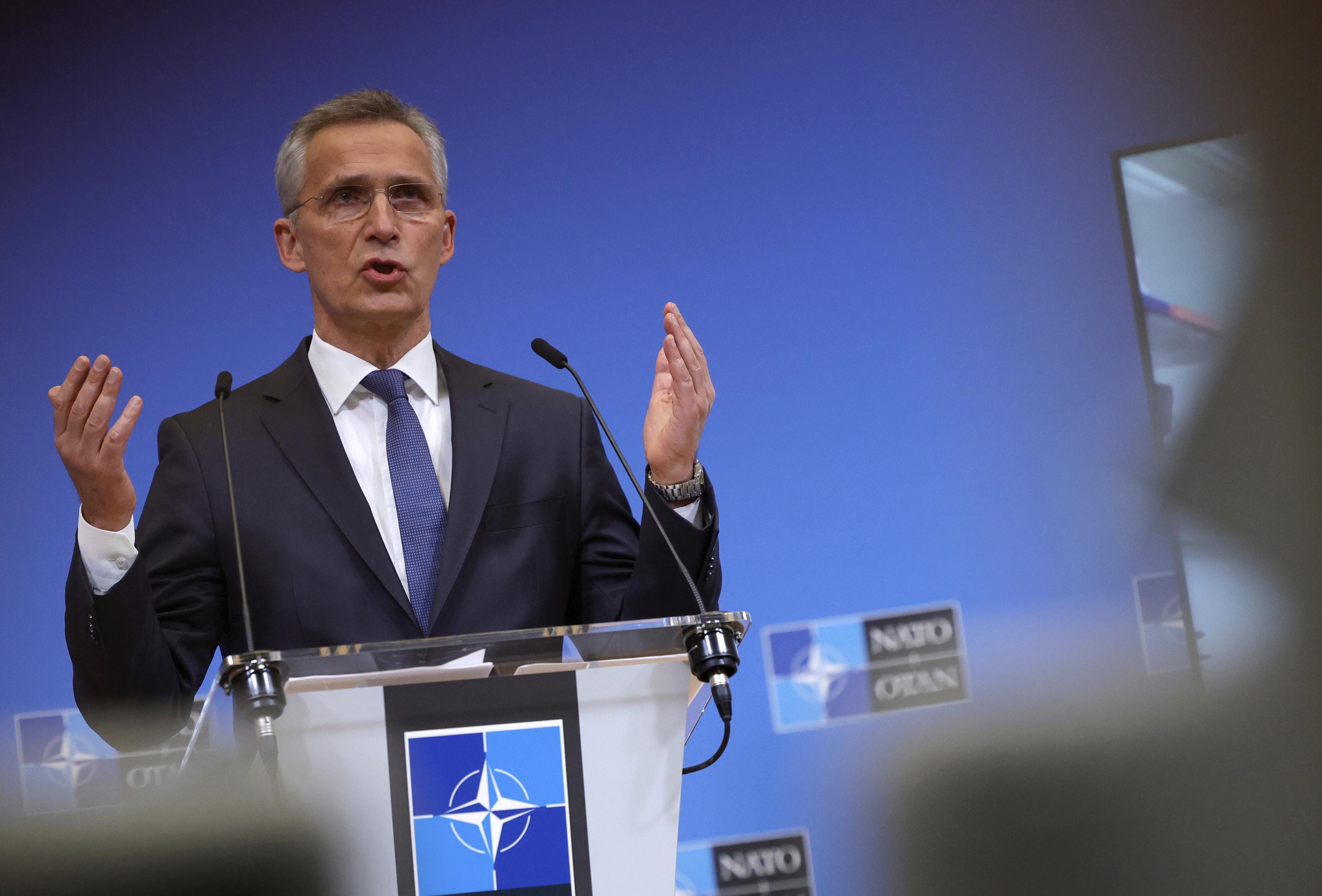 BRUSSELS (AP) — Shocked by Russian President Vladimir Putin’s order to deploy troops to breakaway regions in eastern Ukraine, world leaders moved quickly on Tuesday to push for as strong a response as possible in the hope of avoiding an all-out war in Europe.

Germany has taken the first big step by taking steps to stop the certification process for the Nord Stream 2 gas pipeline from Russia – a massive and lucrative deal long sought by Moscow, but criticized by the United States for increasing Europe’s dependence on Russian energy supplies.

The rest of the European Union soon followed, with a first round of sanctions targeting the 351 Duma lawmakers who voted to recognize Ukraine’s breakaway regions, as well as 27 other Russian officials and institutions in the world of defense and banking. They have also sought to limit Moscow’s access to EU capital and financial markets.

“This sanctions package (…) will hurt Russia and it will hurt a lot,” EU foreign policy chief Josep Borrell said after chairing a meeting of foreign ministers of the EU in Paris.

“We will make it as difficult as possible for the Kremlin to continue its aggressive policy,” European Commission President Ursula von der Leyen said.

The United States was also closing in on sanctions, with the White House calling Russian troop deployments an “invasion” – a red line that President Joe Biden said would lead to heavy US sanctions against Moscow. Action could follow later on Tuesday.

And if Putin pushes further in Ukraine, NATO chief Jens Stoltenberg has insisted the West will move forward together. “If Russia once again decides to use force against Ukraine, there will be even stronger sanctions, even a higher price to pay,” he said.

The West insisted on Putin’s bold moves in Ukraine violated countless international agreements and failed diplomacy, it was time for action.

Western powers have long made it clear that Ukraine’s fate is not worth direct military confrontation with Russia and the potential for world war, so sanctions were the only limited option to channel their anger.

“No lows too low, no lies too blatant, no red lines too red to cross,” Lithuanian Prime Minister Ingrida Simonyte said as she summed up the political disgust felt by nations from Europe to North America and democracies hugging Russia’s borders in Asia like Japan. and South Korea.

However, Putin continued to destabilize the world with a strategy where confusion over the true extent of an invasion, which would automatically result in major sanctions, remained unclear and debatable.

Russia said it was sending what it called “peacekeeping forces” to eastern Ukraine, but EU foreign policy chief Josep Borrell stressed that they were “troops” on sovereign Ukrainian territory.

“I wouldn’t call it a full-fledged invasion, but Russian troops are on Ukrainian soil,” Borrell said.

British Defense Secretary Ben Wallace didn’t mince words. “Russia has already invaded Ukraine. They did so in 2014, illegally occupying Crimea and Donbass. This is yet another invasion of their sovereign territory,” Wallace said.

Whatever the description, the latest developments were enough to force the 27-nation bloc into high alert mode, and EU foreign ministers stressed that the sanctions announced on Tuesday were taken in close consultation with the US and other Western allies.

They stopped before the “massive” package threatened by the EU and Washington for a full military invasion of the national territory that Kiev still controls.

“How we respond will define us for generations to come,” Simonyte said.

Too much too soon, however, could also harm the international response, said Britain’s Johnson. “This is the first tranche, the first barrage of what we are ready to do and we have new sanctions ready to roll out,” he told UK lawmakers.

Hopes are dwindling as to the possibility of averting a major conflict. Putin’s directive came hours after he recognized Ukraine’s two breakaway regions, building up Russian military support and antagonizing Western leaders who view it as a violation of world order.

Putin blamed NATO for the current crisis and called the US-led alliance an existential threat to Russia.

The global condemnation came amid growing skirmishes in eastern parts of Ukraine that Western powers believe Russia could use as a pretext for an attack on European-leaning democracy that has defied Moscow’s attempts to bring it back in its orbit.

With around 150,000 Russian troops massed on three sides of Ukraine, the United States warned that Moscow had already decided to invade. Still, Biden and Putin tentatively agreed to a meeting brokered by French President Emmanuel Macron in a last-ditch effort to avert war.

AP reporters from around the world contributed.

Follow AP’s coverage of the Ukraine crisis at https://apnews.com/hub/russia-ukraine

Latest in Ukraine: Japan and Australia join US and Europe in imposing sanctions on Russia