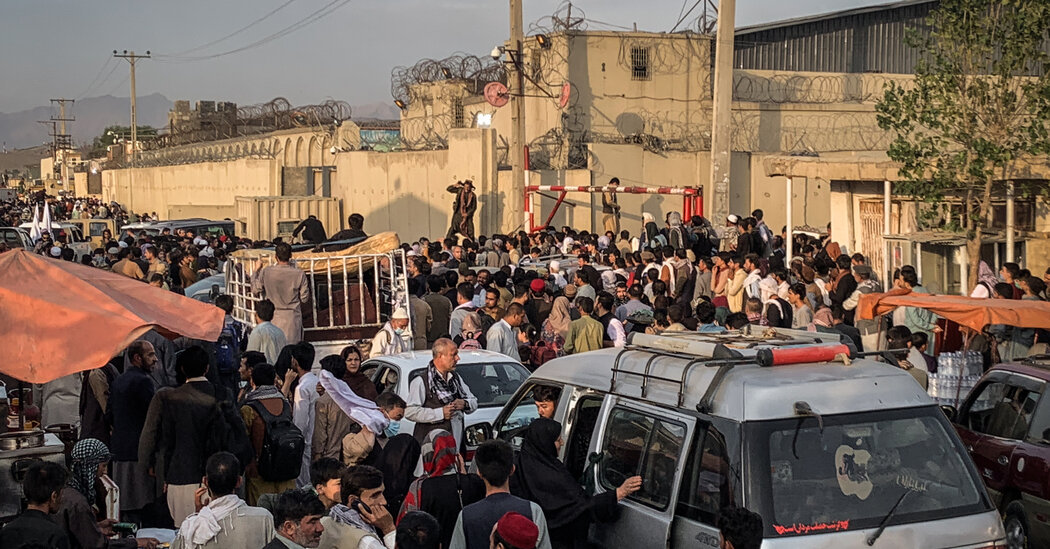 Reviews | Europe no longer wants to fight the battles of America

Listening to the debate in Europe on the chaotic withdrawal of American troops from Afghanistan is to be struck by the enormous vocabulary that Europeans have developed over the centuries to describe military calamities. What we have just witnessed has already been described as a debacle, a stampede, a tumble and a rout, not to mention a “rout”, a “fiasco” and a “humiliation”.

The question at the heart of these discussions is whether the botched withdrawal is a failure serious enough to merit rethinking Euro-American defense deals. The war in Afghanistan was a NATO operation, involving the core of the transatlantic alliance system that dates back to the Cold War. American recklessness has infuriated European leaders. In Germany, Armin Laschet, who is running to replace fellow Christian Democrat Angela Merkel as chancellor in this month’s national elections, talks about “the biggest debacle NATO has suffered since its founding.”

Mr. Laschet’s assessment reflects more than the passions of the election season. It is shared in other countries. Bidenesque incompetence comes on top of four years of Trumpian contempt. As French war correspondent Adrien Jaulmes recently said, Mr. Trump and Mr. Biden jointly sent “a message to allies and adversaries of the United States that Washington’s commitments are just long-term commitments.”

There have been times of mistrust between America and its NATO allies. But there is a difference today, and it depends on how European leaders react to the Afghan mess. During the Cold War, communism was the issue that polarized continental politics. The ruling elites of Europe, in their respective countries, were mostly anti-Communist. Their instincts were to strengthen ties with the anti-Communist United States, regardless of their occasional fears of American incompetence, excess, or arrogance. And that meant strengthening NATO.

Today, the issue that divides European audiences is the European Union, an embryonic superstate to which all but a handful of Western European countries belong. The EU project overlapped with the globalization of the economy and generated similar debates. Some see it as a source of prosperity and human rights, others as a source of inequality and undemocratic domination.

In almost all European countries, graduates, educated people and independent people want â€œmore Europeâ€. They are opposed by defenders of traditional nation-state sovereignty, who want to protect the prerogatives of, say, Berlin or Warsaw against the ambitions of the EU capital, Brussels. Sociologically, the divide is like that between Democrats and Republicans in the United States.

Pro-European Union politicians generally seek to shift government responsibilities from national capitals to Brussels. The most ambitious among them are even seeking a certain military autonomy for the bloc. This would require rethinking NATO’s operating procedures and almost inevitably lead to a loosening of ties with the United States, although EU leaders generally deny this when they are within earshot of the Americans.

But following the Afghan debacle, EU leaders began to express such ambitions. This week, Bernard Guetta, member of the European Parliament from the party of French President Emmanuel Macron, called on Europeans to find a geostrategic substitute for an increasingly withdrawn United States. Mr Macron is showing signs of wanting to use the recent blunders as a pretext to deploy de-Americanized European fighting units. He told a conference in Baghdad following the Taliban takeover of Kabul that France would keep its counterterrorism forces in Iraq “whatever the Americans do.”

Italy and Germany are also leaning in this direction. At the end of last month, Paolo Gentiloni, former Italian Prime Minister and current European Commissioner for the Economy, said: â€œIt is a terrible paradox, but this debacle could be the beginning of Europe’s moment. Ms Merkel is said to have participated in intra-European discussions on maintaining a “strong temporary presence” in Kabul.

European decision-makers have never lacked ambition for such projects. (In 1998, British Prime Minister Tony Blair and French President Jacques Chirac issued a premonitory “Saint-Malo declaration” calling for an autonomous European strike force.) What they lacked was a popular consensus for them. Creating an army worthy of a superpower is a colossal expense. It makes sense to use the American as long as it is on offer, rather than bankrupting Europe in a (perhaps chimerical) quest to duplicate it.

European elites today also face a credibility challenge. The bloc’s interior ministers spent the first few days of this month trying to craft a common migration system to handle a possible large flow of migrants out of Afghanistan. It is a priority, but it was just as much a priority when migrants fled Syria by the hundreds of thousands in 2015, and the European Union failed to find any lasting solution then.

At a time when polls show that Europeans regard immigration as the greatest threat to the security of their continent, the reputation for legalism and loitering of the European Union does not suggest that it can lead to many even more ambitious projects. On the contrary.

This is what proponents of an alternative defense of the EU might have the most difficulty. For the past 20 years, Europeans have watched the United States lead Europe into wars Europe did not want to fight, and then succumb to passionate anti-elite politics that resulted in the election of Donald Trump. . Frustration is to be expected. The collapse of Afghanistan will surely make it worse.

But the European Union will find it difficult to place itself at the center of Western defense systems, in large part because it too has aroused among its citizens a distrust of the elites as intense as that which has put the United States on its current track. In this respect at least, the Western countries are united, perhaps more united than they would like to be.

Latest coronavirus: DeSantis of Florida defends plan of fines for companies requiring vaccine proof up to $ 5,000