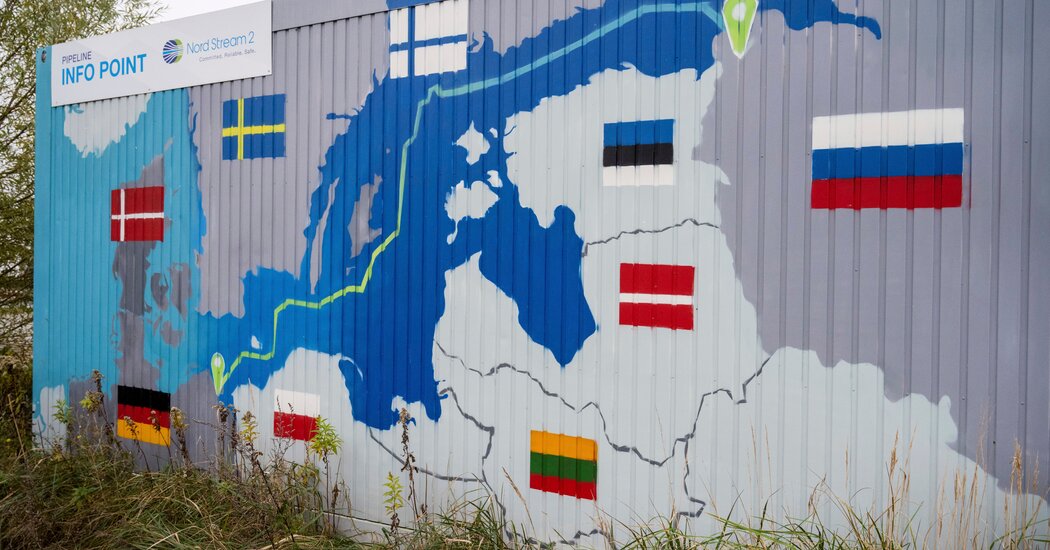 Russia’s unprovoked invasion of Ukraine has caused Europe to fundamentally rethink how it keeps its lights on and its industries fueled. Steps that would have seemed crazy just a few weeks ago – burning more coal or stepping up government intervention in energy markets – are now urgently needed to stop funding Vladimir Putin’s war.

The crisis has shown the extent to which Europe has allowed itself to become dependent on Russian natural gas, oil, coal and even nuclear fuel, making the continent particularly vulnerable to any attempt by Russia to militarize its energy dominance. Today, finally, Europe has embarked on a profound course correction.

But that will take time to accomplish, and Europe must be prepared if Russia retaliates by cutting off gas supplies to the continent. To protect against such a shock, Europe should join the United States, Canada and other major energy producers in a transatlantic pact to ensure it has readily available energy alternatives.

This week, the executive arm of the European Union proposed a strategy to end the bloc’s dependence on Russian gas, which could lead to a substantial reduction in imports this year. The EU would achieve this by increasing imports of liquefied natural gas, deploying renewable energy more vigorously, saving energy and expanding the use of biogas and hydrogen. All of this is in addition to a more strategic use of natural gas reserves, with some being purchased collectively by EU member states under a joint supply plan.

But Europe’s farewell to Russian gas will be a long farewell; it will take the better part of a decade for the continent to wean itself off these supplies, which now account for more than 40% of its gas imports. So, for now, Europe will continue to buy from Russia as the war in Ukraine spreads. And if energy prices continue to rise, the amount Europe pays Russia every day will continue to rise and could average $850 million a day in the first half of 2022, according to our calculations.

As Western sanctions target Russia’s financial sector and its central bank, these exports now represent an even more valuable source of revenue for Russia – and for Vladimir Putin’s war. Canada and the United States have already taken steps to ban imports of Russian oil and natural gas – this is less important than a European import ban would be; US and Canadian imports are relatively small – and Britain has pledged to phase out oil imports from Russia by the end of the year, although gas imports would continue.

But if the daily brutalities in Ukraine continue or even accelerate, social and political pressure across Europe will mount to put an embargo on Russian energy – even if European governments resist for now. As German Chancellor Olaf Scholz said, Russian supplies remain “essential” to the European economy for now.

Such an embargo would represent one of the biggest shocks in the history of energy markets; the natural gas market is already close to a breaking point. It would also represent a major test for Europe’s economy and society, risking endangering its “social peace”, as German Minister for Economy and Climate Action Robert Habeck recently said. .

In addition to the economic consequences of high oil prices, European leaders also fear that a Western embargo will initially target only Russian oil, but that Russia could retaliate by cutting off Europe’s natural gas supply. Given the gravity of such a scenario, any punitive action by the EU must be carefully anticipated in collaboration with the US, Canada and other partners. A transatlantic energy pact should include action on at least four fronts.

First, natural gas. Without Russian gas, the main challenge for Europe will be to refill its storage before next winter. This will require record imports of liquefied natural gas this spring and summer. The United States, the world’s largest exporter of liquefied natural gas as of this year, should help ensure that its exports to Europe are made in the necessary volumes and at a reasonable cost. Since the U.S. gas market is competitive and shipments go where contract prices are best, the federal government may need to step in.

Second, oil. The United States and Europe should work together to ensure that enough oil is delivered to the market to make up for lost Russian volumes. Since neither controls the global oil trade, this will require close collaboration with Saudi Arabia, the United Arab Emirates and other OPEC producers. But not all OPEC countries will support this approach.

Third, coal. To manage next winter without Russian gas, Europe would have to reopen idle coal-fired power plants. This is politically very difficult for many EU Member States, which have strong commitments to climate change goals. Yet governments from Italy to Germany have already enacted emergency energy measures in the event of a Russian gas disruption. A complicated problem is that Europe imports about 47% of its solid fuel – mostly coal – from Russia, and replacing it will be difficult; global coal supplies are tight and prices are at record highs.

Fourth, green energy and demand. The Ukrainian crisis is a stark reminder that we need to accelerate the clean energy transition in Europe and the United States. Measures to reduce energy consumption in Europe could be the fastest way to reduce demand. Likewise, a wartime effort to improve energy efficiency in the United States could free up additional volumes of natural gas for export. Monitoring and regulating environmental emissions should be part of any increase in US oil and gas exports for wartime production.

A transatlantic pact between North America and Europe is essential for Europe to free itself in the short term from its Russian energy dependence. Such a pact could also provide an important basis for cooperation in innovation and clean energy deployment and longer-term energy demand reduction, which would significantly enhance Europe’s energy security.