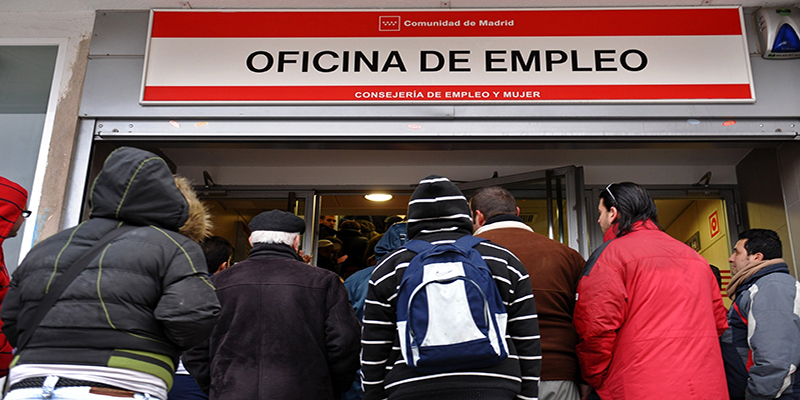 Nick Ottens (Sentinel of the Atlantic) | The ruling left-wing parties in Spain agreed to roll back labor market liberalizations from the previous Conservative government, making it easier for companies to hire and fire workers.

The decision is difficult to justify, even by the standards set by supporters of the repeal. The reforms did not create more precarious jobs, they did not lead to higher structural unemployment, and they barely reduced wages.

The repeal of the 2012 reforms was a key electoral promise to Podemos (We Can), the junior coalition party. They need a victory.

They lost their leader, Pablo Iglesias, in a doomed attempt to prevent a right-wing victory in Madrid’s regional elections in May. Iglesias resigned as deputy prime minister to lead Podemos in the capital to rank fifth with 7 percent support. He retired from politics.

In October, the party was forced to drop a deputy, Alberto RodrÃ­guez, who was convicted of kicking a policeman during a demonstration in 2014 in La Laguna, on the Canary Island of Tenerife.

The hard left accuses Podemos to sell. To join the government, the former protest party had to give up ambitions as broad as the nationalization of public services and the withdrawal of Spain from NATO.

The Socialists, who run the government, would prefer the agreement of employers and unions before making a final decision on the repeal. Podemos and the small left-wing parties in the Basque Country and Catalonia, whose coalition needs support, are ready to cancel them altogether.

Passed in the depths of the euro crisis, with the encouragement of the European Commission, the 2012 reforms are the legacy of former Prime Minister Mariano Rajoy, who is hated on the left for having subjected Spain to years of austerity.

The main changes were:

The reforms were justified:

And the reforms paid off:

Critics argue that while the reforms may have created jobs and helped businesses grow, they have created worse jobs and allowed bosses to take advantage of their workers.

These claims are not supported by statistics.

The reforms do not seem to have affected the quality of work at all.

Another argument against liberalization is that Spain’s structural unemployment rate remains high.

This is probably due to factors other than labor law:

Supporters of the repeal are not all wrong. They have stronger arguments to make about wages. Salaries in Spain are barely higher than in Slovenia and lower than in Italy and Western Europe.

Socialists and Podemos were correct in classifying low-paid workers in the ‘labor economy’, such as Glovo couriers and Uber drivers, as employees instead of contractors, which gives them employment rights and benefits. collective bargaining.

They were right to increase the minimum wage to â‚¬ 13,500 per year.

They must give time to these reforms. The 2012 liberalizations did not bear fruit until two years later.

If in a few years Spain’s wages still haven’t gone up, consider toughening up labor rules, especially when it comes to collective bargaining rights.

But it is almost certainly unwise to reduce probationary periods for small businesses and make it more difficult and costly for businesses to fire workers.