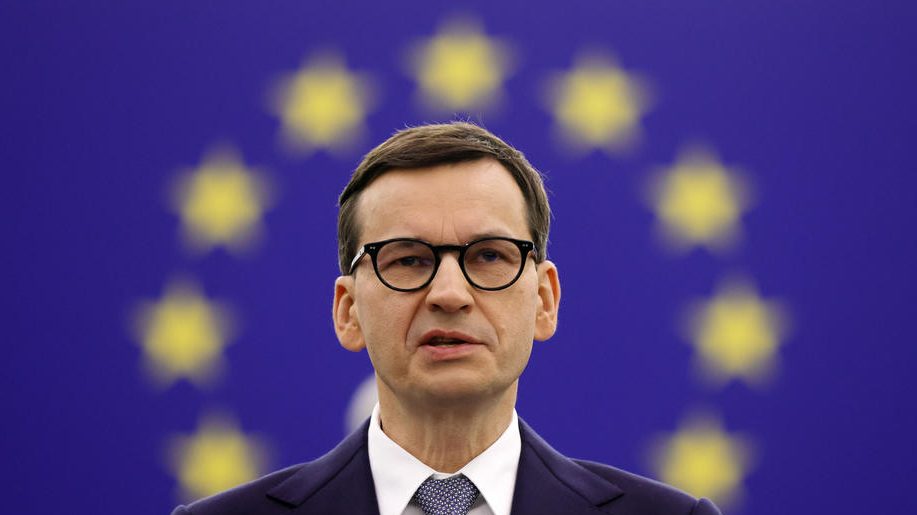 So far, Morawiecki’s harsh tactics and harsh language have failed to deliver tangible results, although his offensive has definitely reshaped the debate on the issue of Poland’s compliance with EU values. . I was in Strasbourg to attend the plenary session during which he spoke and I discussed with MEPs the seriousness of the situation.

Juan Fernando Lopez Aguilar is a senior Spanish deputy (Spanish Socialist Workers’ Party), who chairs the influential LIBE committee which deals, among other things, with the rule of law. “We were prepared for Morawiecki’s lies,” Aguilar told me over dinner. “It’s a game of survival for our Union, it’s an existential challenge. If we don’t face it, we will simply cease to exist.

Many other MPs agreed with such an assessment that, like the Economist say: “The problem is not that Poland is trying to leave the EU; the problem is, he intends to stay.

Sandro Gozi, French MEP from the List Renaissance party, is one of the leaders of the federal movement in the EU, the Renew Europe Group. According to Gozi, Morawiecki sounded “as if this was the start of an election campaign” – a view supported by many Polish opposition MPs.

Gozi called Morawiecki’s words “nonsense”. “He said we were blackmailing Poland. It does not mean anything. When you join a club and play under that club’s rules, you have the privileges of being a member. But suddenly, when one day you say to yourself ‘well friends, I don’t care about the rules of the club’, then this club has the right to react. It is not blackmail; it is about respect for the rule of law, ”he said.

Ryszard Czarnecki, an MEP from Morawiecki’s PiS party and one of Poland’s oldest MEPs, offered some balance to criticism from his colleagues. “The charge is that the prime minister spoke to his people? Because when we keep talking to the Poles, the PiS keeps winning the elections, seven times in a row now, ”he said.

For Czarnecki, it was an honest debate. “Some things can hurt, there are no taboos in the family,” he said.

Bernard Guetta, French geopolitical guru and MEP for the Renew Europe group, said he was an old friend of Poland after being The world correspondent in Warsaw in the early 1980s. For him, Morawiecki’s offensive was just a smokescreen. The problems are not about the rule of law, Guetta said, but rather “he does not know what to say about the most important problem”, which is Poland’s violation of the rule of law.

“It will not be easy to balance what Morawiecki and [PiS leader] says Jaroslaw Kaczynski. They will find many supporters in Europe – in Austria, France, Italy and Sweden. It will be an important and difficult debate, but we have to talk about it. What Europe do we want – a Europe of nations or a political Europe? Guetta asks.

Poland’s domestic policy is important. Over the summer, the Polish government lost several deputies in the Polish parliament (Sejm) and an important coalition ally, Jaroslaw Gowin. “The arrangements within the government have changed and now the Prime Minister wants to be on the front line, because if he is not on the front line he will not be at all,” said Jan Olbrycht, another Polish MEP. for a long time. of the opposition Civic Platform.

Daily polish Gazeta Wyborcza reported that during the European Council meeting, Morawiecki told his colleagues in the room that he did not have a majority in the Sejm to pass a law reforming the Supreme Court and dissolving the disciplinary chamber – two key demands of the CJEU – because a group of deputies close to the intransigent Minister of Justice Zbigniew Ziobro opposed such reforms.

On October 27, the CJEU ordered Poland to pay a record fine of € 1 million per day until its July ruling on the suspension of the activities of the disciplinary chamber is complied with.

The non-zero costs of zero covid