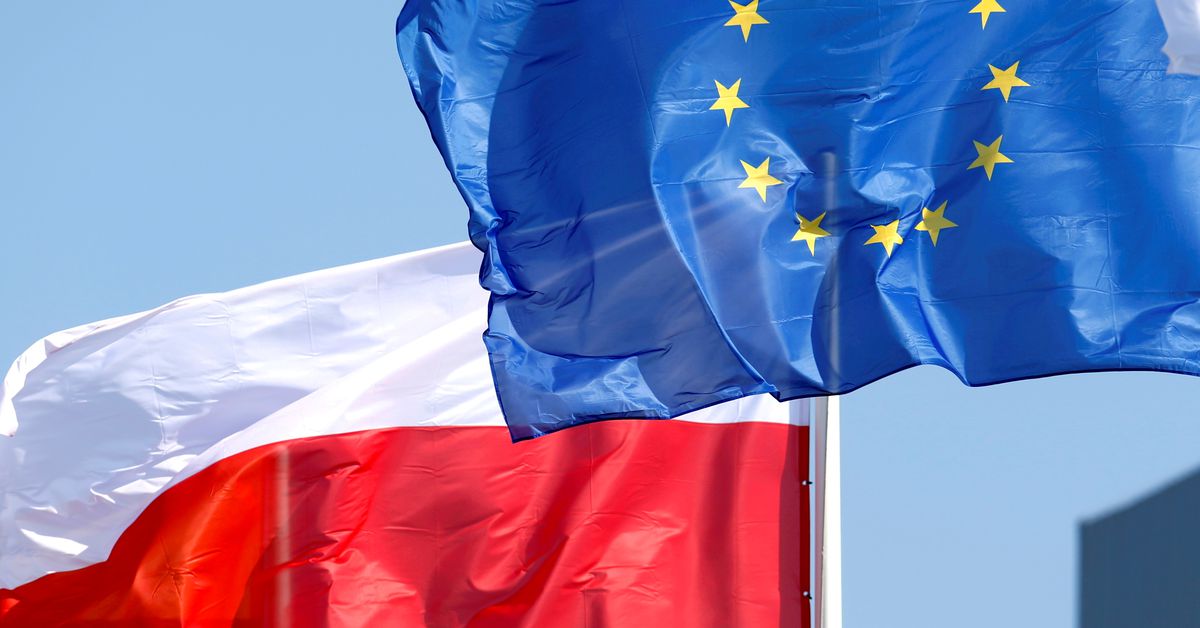 WARSAW, Sept. 22 (Reuters) – Poland’s Constitutional Court may rule on the primacy of the country’s constitution or EU treaties on Wednesday, a key judgment that a EU commissioner says is delaying the release of EU funds in Warsaw .

Poland is embroiled in a series of disputes with the EU on issues ranging from courts and media freedom to LGBT rights, as critics accuse its nationalist government of moving towards exiting the bloc.

Prime Minister Mateusz Morawiecki brought the case amid a dispute with the EU over changes to the Polish judicial system, which Brussels says could undermine judicial independence.

The primacy of European laws over national laws is a key principle of European integration. Read more

Warsaw says Brussels has no right to interfere with the judicial systems of EU member states and argues that the reforms were necessary to remove the Communist-era influence in the justice system and speed up proceedings.

Jaroslaw Kaczynski, leader of Poland’s ruling Law and Justice (PiS) party, said the EU’s insistence on the primacy of EU law over national law undermines the foundations of Poland’s sovereignty and of its constitutional order. Read more

While some warn of a potential ‘Polexit’, Poland is unlikely to leave the bloc anytime soon. There is no legal way to expel countries from the EU and most Poles support membership.

A poll this month showed 88% of Poles believe Poland should stay in the EU and only 7% were in favor of pulling out, but almost a third thought leaving was a possibility.

The EU’s highest court ruled in July that a Polish disciplinary chamber for judges was illegal, a day after the Warsaw Constitutional Court ruled that Poland should ignore a previous request to arrest the chamber.

Following a threat of financial sanctions from the European Commission, Poland announced it would dissolve the chamber, but did not provide details. Read more

Warsaw is also awaiting news from the Commission after five Polish regions refused to back down on claims they would remain “LGBT-free”, meaning they could lose EU funds. Read more

On Monday, the EU court ordered Poland to pay a fine of 500,000 euros per day for defying a decision to stop the Turow lignite mine on the border with the Czech Republic. Warsaw vowed to keep the mine running despite the penalty. Read more

The economic impact of climate change in Europe is examined