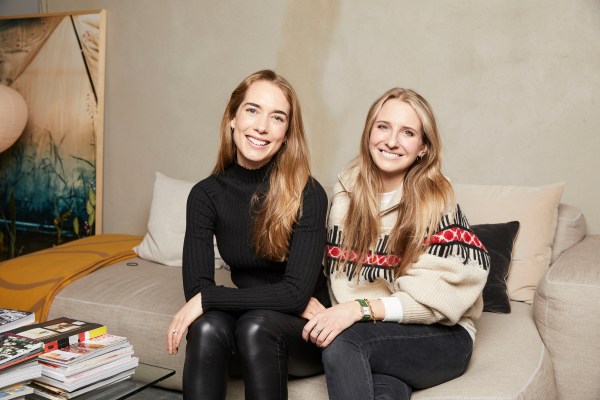 Swedish startup PocketLaw — a software-as-a-service contract automation legal technology platform that primarily focuses on SMBs — has pocketed 10 million euros (~$11 million) as part of a a Series A funding led by European venture capital firm, Atomico, to fuel expansion in Europe. Venture capital firm partner Ben Blume joins the board as part of the investment. This round brings the total raised by the startup since its creation in 2018 to €14 million.

PocketLaw launched its product in March 2020 – targeting contract creation, e-signature and management tools at small and medium-sized businesses across all industries, touting a service that requires no in-house legal experience for SMBs .

It has attracted some 6,000 customers so far – name-checking startups such as Voi, Kry/Livi, Juni and Estrid, and consumer SMBs such as Punchy Drinks, as well as large corporations such as Babybjorn and Schibsted, among their client list.

His biggest markets so far are his home market of Sweden and the UK, but he told us he expects a recovery in Germany and Norway later this year.

The A-series The fund will continue to expand its operations across Europe, including growing its team across legal, technical and operational areas to support the growth sprint, he added.

“PocketLaw can be used by any business owner and stakeholder in the world, regardless of size, financial strength or legal experience. However, our main priority to date has been to support all SMBs, across all industries, for clear reasons,” Kira Unger, co-founder and CEO, told TechCrunch. “This is a massive market with many businesses in need of assistance on a daily basis and today – most of these companies are autonomous, without solid financial means or internal experience to manage the legal themselves.”

It’s been hard to miss the growing number of legal tech startups offering technology to simplify and streamline the creation and management of contracts for their clients in recent years. Asked about the competitive landscape, PocketLaw says it competes with Contractbook, Juro backed by Union Square Ventures and Seedlegals backed by Index Ventures.

The category’s growth is being driven by growing demand, with company budgets for legal technology expected to triple by 2025, according to Garner, as we reported earlier – when we also noted that 2021 was a year record for the category, with $1.4 billion invested by venture capitalists in the first half of the year according to data from CrunchBase.

Since growing demand also means growing competition, we asked PocketLaw how it differentiates its offering from other startups that are similarly chasing the long tail of SMBs.

“PocketLaw is the premier contract creation and management platform that empowers business stakeholders to manage legal work with confidence. Unlike CLM [contract lifecycle management] systems, PocketLaw also offers exclusive content in the form of hundreds of jurisdiction-specific templates and guides,” suggests Unger. “This way, our users can get started on day one without advising a law firm or the in-house legal team having to spend a huge amount of time creating and automating templates as well as making sure they’re up-to-date. up to date to make sure everything is compliant.”

“We believe that anything you do more than once should be automated. Digital first and the human touch when needed,” she adds. “Our customers can easily connect with one of our partner law firms to get tailored legal advice whenever they want.”

Unger also points out that the growing complexity of the regulatory and legal landscape is fueling business investment in legal services “just to survive”, as she puts it – citing a statistic that tech companies alone spend 1% of their revenue in legal services.

“That said, most day-to-day legal tasks consist of simple, repetitive tasks and given the cost of massive in-house legal teams, adding more people to the problem is not the solution. By providing automated solutions along with high-quality templates and other content developed by attorneys, PocketLaw helps every team in a company (non-legal and legal) manage legal with efficiency and ease,” says she.

PocketLaw estimates that its clients save “up to fourteen weeks of work and up to $200,000 in legal costs per year” by using its platform, which supports features such as legal discovery, creation, execution and storage of contracts, as well as time savings of 80% compared to traditional legal services.

Commenting on the Series A in a statement, Atomico’s Blume said, “This is the first time we’ve seen a tool truly designed with the needs of business owners in mind, giving them access to everything they need. need in one place, in one world. where most teams are still forced to purchase multiple piecemeal solutions, work in silos, or pay high legal fees to outside experts.

“Kira and Olga have built an incredible team at PocketLaw, bringing world-class business, legal and technical experience from Slack, LinkedIn, Google, Zalando, KRY, Spotify, Acast, Mannheimer Swartling and Hogan Lovells. They are all aligned with the belief that businesses can lighten enormous burdens by making everyday law more intuitive and efficient, reducing cost, risk and wasted time in the process.

Series A also includes support from a number of founders and operators, including Personio co-founder Hanno Renner and COO Jonas Rieke; Christian Reber, founder of Pitch; Jeppe Rindom, co-founder of Pleo; Gloria Baeuerlein and Allison Pickens, board member of dbt Labs and former COO of Gainsight. While current PocketLaw investors including Kinnevik’s Cristina Stenbeck and Susanna Campbell also participated in the round.