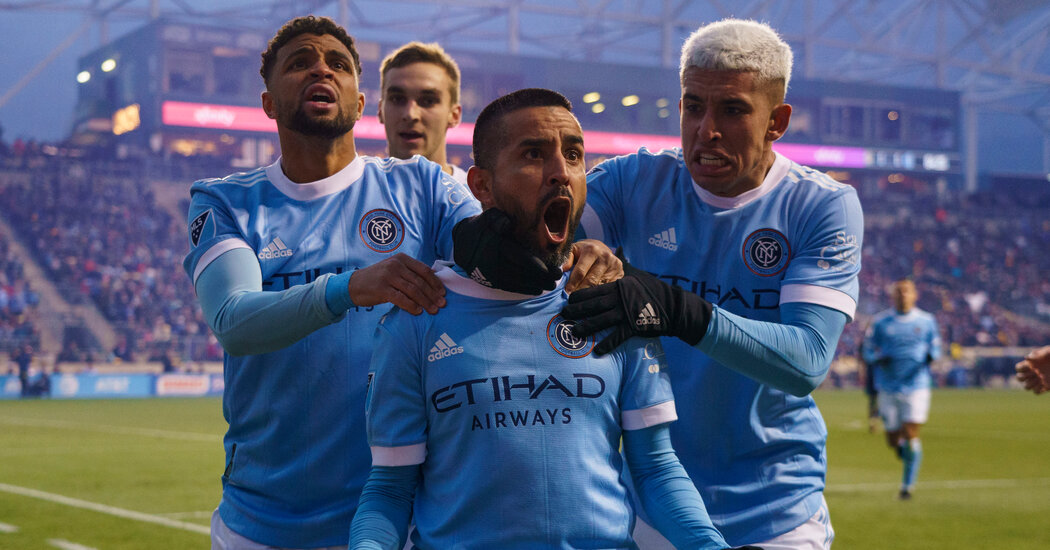 NYCFC played the long game to reach the MLS Cup

PORTLAND, Ore. – The road, according to New York City Football Club executives as early as 2015, was always meant to lead here, to big moments, to finals, to trophies. That, they said, has always been the plan.

Those who haven’t paid close attention to the development of the New York City FC squad in recent years may not have seen the plan so clearly, and so they might be surprised to walk through the Manchester City-backed squad roster ahead of the MLS Cup final. Saturday against the Portland Timbers. There’s no more Andrea Pirlos, no more Frank Lampards, no more David Villas on the NYCFC team – the kind of daring European imports that once gave the team a flash of star power in its first years of existence.

Instead, the team’s race to its first place in this year’s Major League Soccer championship game was led by two relatively unknown Argentinian players: Maxi Moralez, a 34-year-old midfielder who has already won a Youth World Cup alongside brighter lights like Sergio AgÃ¼ero and Ãngel Di MarÃ­a, and forward Valentin Castellanos, MLS’s top scorer this season. They, and a group of teammates with great talent but little name recognition, brought NYCFC to the brink of its first title.

The change in roster strategy since the team’s inaugural season in 2015 – a revamp that matches the league’s recent transformation towards developing young talent instead of importing established stars – was not, however, the result of sudden enlightenment.

It was, a senior team official said on Friday, the plan from the start.

“We’re here for the long haul,” said Ferran Soriano, Managing Director of City Football Group, whose growing network of football clubs across the world includes not only Premier League Manchester City and NYCFC, but also nine other teams in 11 countries. â€œAnd the long term is not five years. It’s not 10. It’s 50.

So the fact that this year’s version of NYCFC has reached the Finals is less of a long-awaited breakthrough for the team’s owning group and more of an expected step on a long, well-mapped road.

â€œBeing at this club for five years and understanding the standards of this club, putting ourselves in a position to win the MLS Cup means everything,â€ said goaltender Sean Johnson.

Said Soriano: â€œWe are very happy to be in the final, very happy. It is a symbol of what we have accomplished. But in reality, the work has been constant year after year.

It didn’t always show up in the results. Despite making the playoffs in five of its first six seasons, the NYCFC has won only one playoff round on those trips. He won more postseason matches in 2021 (three) than in his first six seasons combined (two).

Soriano admitted that early NYCFC teams were hampered on the pitch by their very heavy builds, which saw cheaper players fill the rosters alongside multi-million dollar stars like Villa, Lampard and Pirlo. This led to regular disappointments, as regular season successes were often followed by quick playoff outings.

Soon, however, team leaders worked through the thicket of MLS roster and salary rules to make smart signings like Moralez and use City Football Group resources more positively and productively.

The Castellanos, 23, for example, joined as a teenager in 2018 for rent from Uruguayan club Torque, which also belongs to City Football Group, and subsequently signed a permanent agreement to stay in New York. For Castellanos, the move represented a step up in the CFG scale – an actual ranking of the leagues the group has created using data and analysis. (The Premier League is at the top, Soriano said, with MLS somewhere in the middle, “a little higher than Japan.”)

The linked club system is not without conflict. Castellanos’ manager at Torque has resisted the transfer, Soriano said, and the Uruguayan squad struggled after leaving – a fate that could happen to NYCFC as well. If and when the property decides it’s time for their new star to move on.

But the system also requires patience on the part of a fan base who hasn’t always understood the need for popular and vital players like Jack Harrison, now at Leeds United; Yangel Herrera, who left New York for La Liga in Spain; and others move to a higher level of development than MLS

“It’s a long game for City Football Group,” said MLS commissioner Don Garber. “They are looking at their investment in Major League Soccer over a generational period.”

At first, that meant spending on star power that could draw attention to the new city-owned club. But it also meant investing in an academy that helped groom stars like Gio Reyna and Joe Scally, and in the belief that a constant turnover of talent would produce a more talented roster year after year.

â€œThe way we measure the work we do every day is what we do in the regular season,â€ said Soriano. â€œIt’s a good measure of what we’re doing. Then we’ll go to the playoffs and you might just get lucky. But if you go regularly to the playoffs, one day you will win.