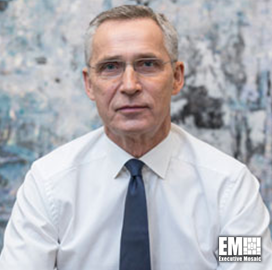 NATO strengthens its defense and deterrence capabilities against Russian aggression

“NATO remains open to a good faith dialogue with Russia,” Stoltenberg said Thursday at the Defense Ministerial Conference in Brussels. “The Allies are ready to sit down with Russia in the NATO-Russia Council [to] address a wide range of issues and find common ground.

US Secretary of Defense and a 2022 Wash100 laureate Lloyd Austin and other NATO defense ministers held meetings with their counterparts from Ukraine, Georgia, Sweden, Finland and other European Union member countries about Russia, which has sent 150,000 troops to its borders with Ukraine.

“Russia’s actions are part of a larger pattern of growing strategic competition, growing hybrid threats and widespread instability,” Stoltenberg said. “These can only be successfully resolved if we work together.”

In his remarks wednesdayStoltenberg said European allies and Canada have increased their defense spending for the seventh consecutive year, reflecting additional defense spending of around $270 billion since 2014.

He noted that NATO welcomes the decision of most allies to allocate at least 20% of defense investments to research and development efforts and major equipment.

Growth and the migration factor by Brigitte Granville