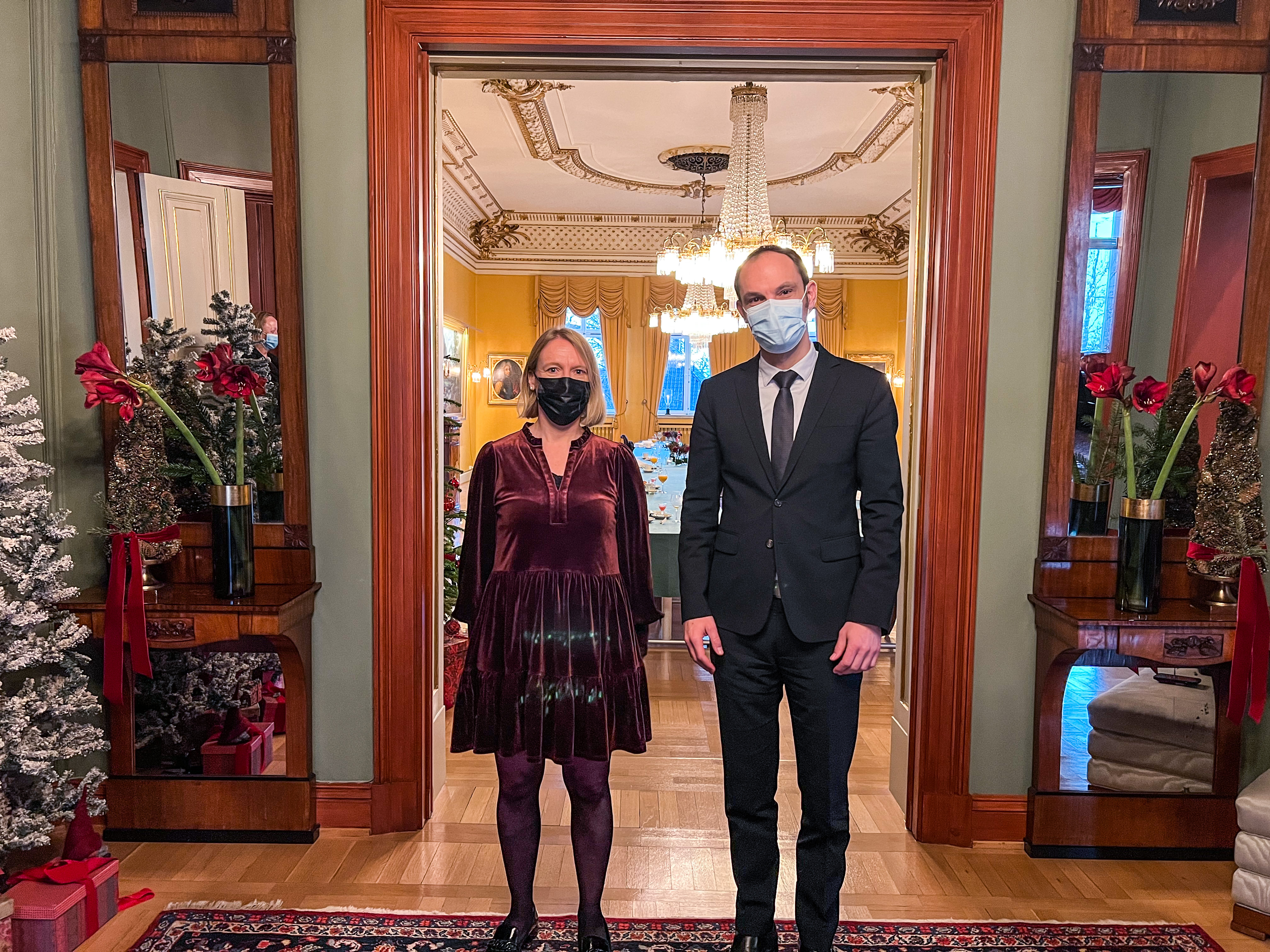 Minister Logar and Minister Huitfeldt expressed their satisfaction with the excellent and friendly relations between the two countries established during nearly 30 years of cooperation, particularly in the multilateral and security fields, human rights, the promotion of peace and democracy, and gender equality within the European Economic Area. Both countries are supporters of effective multilateralism and share many similar positions on current international issues. Minister Logar informed his Norwegian colleague of Slovenia’s candidacy for a non-permanent seat on the UN Security Council.

They then discussed further plans to deal with the COVID-19 pandemic and paid some attention to cooperation under the Norwegian and EEA financial mechanisms, which form the basis of bilateral cooperation. Norway is a strong ally and a reliable partner of the EU, although it is not its member state. Both countries aspire to a secure, unified and strong EU that guarantees internal, economic and social security. Minister Logar also presented to his colleague the main achievements of the second Slovenian Presidency of the Council of the European Union.

Discussions continued with an exchange of views on topical European issues, in particular the Schengen area, migration and the Green Deal. On the Western Balkans, ministers agreed that in order to maintain the stability, security and Euro-Atlantic perspective of the Western Balkan states, the focus should be on job creation and economic growth In the region.

Discussing topical international issues, Ministers Logar and Huitfeldt exchanged views on the situation in Afghanistan, Turkey, the Eastern Mediterranean, China and the Russian Federation, and discussed at length issues of security and cooperation in the within NATO and the importance of transatlantic cooperation, which is one of the priorities of the Slovenian Presidency of the Council of the EU.

Minister Logar also met with Ine Eriksen SÃ¸reide, Chair of the Standing Committee on Foreign Affairs and Defense of the Norwegian Parliament and former Minister of Foreign Affairs. They discussed current foreign policy developments within the international community, focusing on the Western Balkans and relations with the Russian Federation, and discussed Slovenia’s candidacy for a non-permanent seat on the Security Council. of ONU.