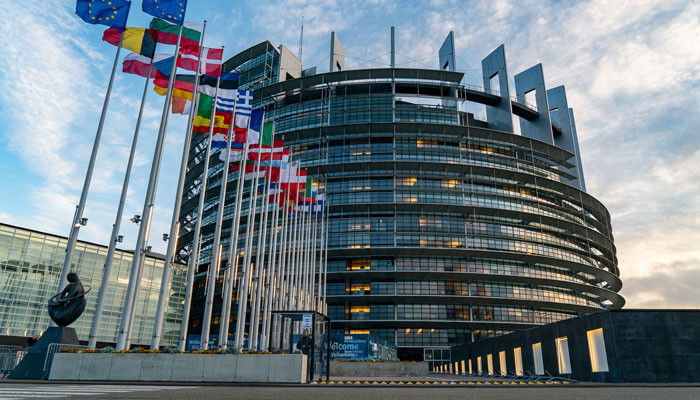 ISLAMABAD: Fourteen Members of the European Parliament have written a letter to European Commission President Von der Leyen and Vice-President Borrel, expressing their deep concern at the “serious and systematic violations of the human rights of the Kashmiri people “.

They stressed that the European Union and its Member States can play a crucial role in helping to break this impasse, so that there is real change in Kashmir.

On Friday, Foreign Minister Bilawal Bhutto met EU High Representative Josep Borell on the sidelines of the ARF ministerial meeting in Phnom Penh where the two discussed the situation in South Asia.

The Foreign Minister briefed him on the ongoing human rights abuses in the illegally occupied Indian Jammu and Kashmir (IIOJ&K).

Even in the past, Pakistan has consistently reached out to the international community, including the European Union, and told them to play their part as India has imposed illegal and unilateral measures on the IIOJK, imprisoned Kashmiri leaders, perpetrated extrajudicial executions, enforced disappearances, detentions and staged cordon and search operations.

The letter from the Members of the European Parliament points out that due to the continuing tensions, the people of Jammu and Kashmir have been victims of a suppression of their freedom and fundamental rights over the past seven decades by the accounts of many human rights organizations and the reports of the Office of the United Nations Commissioner for Human Rights.

“Since the enactment of the Citizenship Amendment Act on August 5, 2019, however, it seems more evident that India has abandoned any political approach to the insurgency in Kashmir and is managing the crisis with almost exclusively military means,” the letter adds. .

The President of the EC is also informed that 36 journalists have been questioned, searched, threatened or physically assaulted for their reporting so far. People in Jammu and Kashmir faced at least 85 internet shutdowns in 2021, one of the highest in the world.

The parliamentarians asked the President and Vice-President of the European Commission to express their concern to the Indian government on these issues and to call on India to fulfill its obligations under international law, in particular the imperative to protect civilians and call on all actors concerned to make a real commitment to put an end to all forms of violence, abuse and discrimination against Kashmiris and to guarantee them full respect for their fundamental rights and to use all our diplomatic and political channels to actively encourage India and Pakistan to move towards the normalization of diplomatic relations and the resumption of formal bilateral talks.

“Although the Indian government says its decision would end militancy in the region and that there has been a significant improvement in the security situation in Jammu and Kashmir, Kashmiris are increasingly alienated from the state. Indian, with more and more young people joining the insurgents. groups, causing long-running violence against civilians to escalate in recent times.”

The parliamentarians also called for a new attempt at peace talks between Pakistan and India and to foster an atmosphere of detente and dialogue and to call for ‘real’ change in Kashmir.