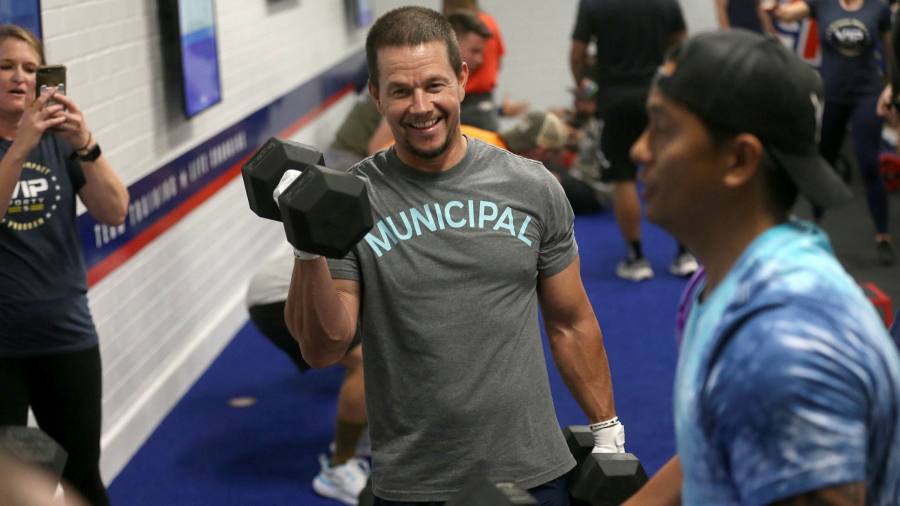 Shares of F45 Training plunged more than 70% after the fitness chain, backed by actor Mark Wahlberg, cut its full-year outlook and announced that its chief executive was stepping down.

F45’s stock price fell 77.5% to a record low of 79 cents in Wednesday’s morning trading session. That left shares down more than 95% in the year since the company floated on the New York Stock Exchange at $16 a share for a valuation of $1.4 billion.

The sale follows an announcement after the closing bell on Tuesday in which F45 cut its outlook for fiscal 2022 in a bid to prioritize “profitability and cash flow generation.”

F45 withdrew its free cash flow guidance and said Adjusted EBITDA should now be around a third of the $90 million to $100 million it previously forecast. It also lowered its forecast for gym openings to 350 to 450 new studios this fiscal year, from 1,500 previously.

“While we expect growth to continue, market dynamics are having a greater than expected impact on franchisees’ ability to raise capital to develop new F45 locations,” said Chief Financial Officer Chris Payne.

Adam Gilchrist, who founded the company in 2013, announced he was stepping down as chief executive and chairman, but would remain on the board as a director. F45 board member Ben Coates will serve as interim CEO while the board searches for a successor to Gilchrist.

Wahlberg, star of several of the Transformers and The Departed films, sold more than one million F45 shares at prices between $9.81 and $13.44 in more than two dozen transactions between March 16 and March 16. April 22, according to filings with the SEC.

The high profile investor still held more than 1.6 million shares, or 1.7% of the company, according to his last filing in mid-June, up from more than 2.7 million at the time of the IPO listed on F45 last year.

F45 shares rallied to $1.26, on track for a roughly 64% one-day decline as of lunchtime Wednesday.