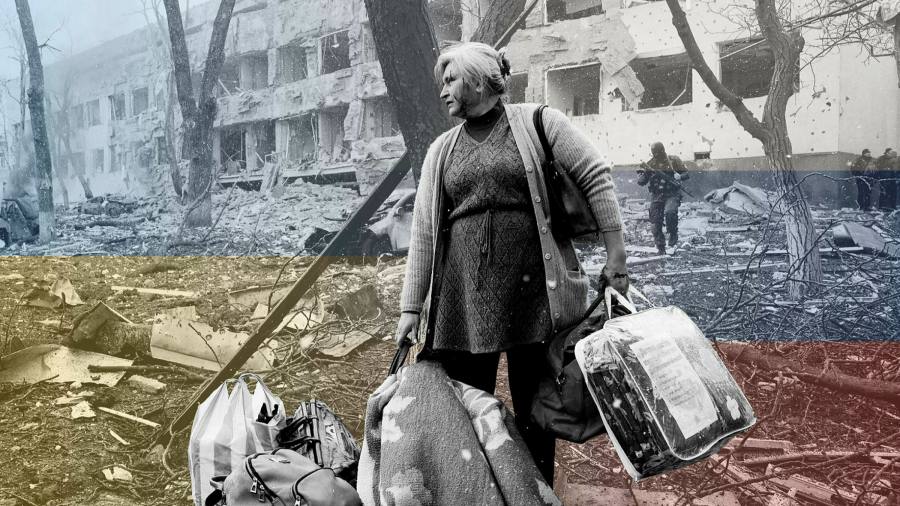 Ukraine plans to open a humanitarian corridor for civilians to leave Mariupol, the besieged southeastern city where Russia this week launched a bombing campaign targeting steel mills in Azovstal.

The government has secured an agreement on a corridor to get civilians out of the city from 2 p.m., Iryna Vereshchuk, Ukraine’s deputy prime minister, said Wednesday.

“Given the catastrophic humanitarian situation in Mariupol, it is in this direction that we will focus our efforts today,” Vereshchuk wrote on the social media platform Telegram. “We managed to agree in advance on a humanitarian corridor for women, children and the elderly.”

She indicated that changes could occur on the route of the corridor “due to the very difficult security situation”.

Several attempts to evacuate civilians from the city have failed due to mistrust between the warring parties since Russian troops surrounded and shelled the city and cut off electricity, water, heating and other basic services early March. It was not immediately clear whether the corridor announced by Vereshchuk had Russian support.

According to Ukrainian officials, Russia has started using bunker bombs on and near the grounds of the steelworks in Azovstal, the last area of ​​the city under Ukrainian military control. They said civilians, including children, were hiding from the shelling alongside fighters in shelters under the sprawling complex, one of Europe’s largest steelworks.

Ukraine’s military said in a combat operations update on Wednesday that the Russians’ main efforts were “focused on capturing the city of Mariupol, continuing the assault in the area of ​​the Azovstal factory. “.

Serhiy Volyna, commander of the Ukrainian 36th Marine Brigade in Mariupol, among the last Ukrainian troops in the city, posted a video on Tuesday in which he pleads for international action to “save Mariupol”. He included the hashtags #PopeActNow and #KidsOfCatacombs.

Ukrainian military claims have not been independently verified.