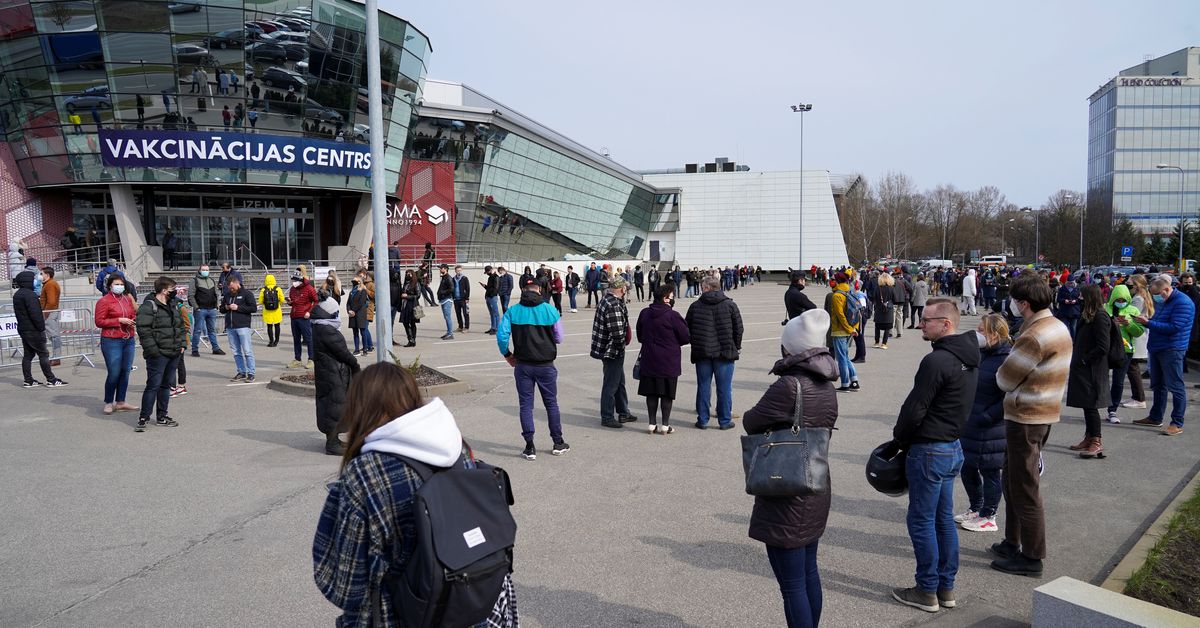 RIGA, October 18 (Reuters) – Latvia announced a COVID-19 lockdown from October 21 to November 15 in an attempt to slow a spike in infections in one of the least vaccinated European Union countries.

“Our health system is in danger (…) The only way out of this crisis is to get vaccinated,” Prime Minister Krisjanis Karins said after an emergency government meeting, accusing low vaccination rates to be behind the surge in hospital admissions.

Only 54% of Latvian adults have been fully vaccinated, well below the European average of 74%, according to EU figures.

“I have to apologize to those already vaccinated,” Karins said, announcing that shops, restaurants, schools and entertainment will be closed, with only essential services available and a curfew in place from 8 p.m. to 5 a.m. hours of the morning.

Only essential jobs in manufacturing, construction and critical jobs will be allowed to continue in person.

One of Riga’s two largest hospitals has started installing makeshift beds for COVID-19 patients in its atrium to cope with the influx, the national broadcaster reported.

No travel restrictions have been announced “because infection rates elsewhere are much lower and we don’t see any immediate risks,” Karins said.

New cases in Latvia rose 49% in the week to Sunday, its health authority said, according to the BNS wire.

The Latvian government has canceled most hospital operations planned for last week due to an increased need for beds and staff as COVID-19 cases increase.

The country had reported the second-worst number of infections in the EU, after neighboring Lithuania, in the fortnight to October 10, with 864 new cases per 10,000 people.