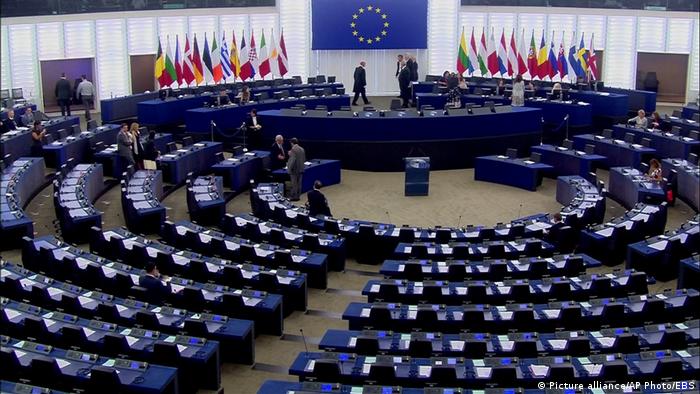 A resolution passed by the European Parliament on the situation in Kazakhstan has faced backlash from the country’s foreign ministry, which described it as “not only biased, but also based on preconceived opinions and assumptions”.

“The apparent absence of a credible analysis of the tragic events of January in Kazakhstan is disconcerting,” the ministry said in a statement released on Friday.

“We find it unacceptable that a document of this nature was adopted before the publication of the conclusions of the official investigation opened by the leadership of the Republic of Kazakhstan.”

According to the statement, the results of the investigation will be openly shared with the international community.

In the document adopted by an overwhelming majority on Thursday, the European Parliament strongly condemned the reaction of the Kazakh authorities to the recent protests, saying that the actions of the security forces during peaceful demonstrations were “very harsh”. In addition, the EU and the international community have been urged to initiate a “proper” investigation and impose sanctions against senior officials in Kazakhstan under the EU’s global human rights sanctions regime. man.

The resolution also called on the European External Action Service, the European Bank for Reconstruction and Development and the World Bank to suspend funding programs in Kazakhstan “until the government makes substantial and tangible efforts to improve its human rights record”.

A total of 589 of 671 voting lawmakers backed the document, while 35 voted against and 47 abstained.

The Kazakh Foreign Ministry said that when the resolution was drafted, neither members of the European Parliament nor any of the political groups in the parliament asked for clarification or statement from Kazakh officials.

“The earlier conclusion of the Ministry of Foreign Affairs of the Republic of Kazakhstan that there were serious discrepancies and inaccuracies in the publications of some foreign media describing the legitimate actions of law enforcement agencies against terrorist, extremist and criminal groups, was also ignored. “, we read in the press release.

Officials in Kazakhstan believe that the European Parliament resolution “undermines and damages” the process of adoption and implementation of political reforms aimed “to consolidate democratic institutions and the development of civil society”.

The biggest crisis to rock the Central Asian country since its independence began on January 2 in the town of Zhanaozen in the oil-rich western region of Mangystau, where people flocked to the streets after the sudden rise in price of liquefied petroleum gas (LPG). . Protests quickly spread to other oil towns – Aktau, Aktobe and Atyrau – then erupted in Kazakhstan’s capital, Nur-Sultan, and Almaty, the largest city.

Although the Kazakh government decided to lower LPG prices, the peaceful protests quickly turned into violent clashes, the most intense in Almaty. According to official data, at least 4,500 people were injured, another 225 people, including 19 security guards, died in the clashes.

To help the country stabilize the situation, a peacekeeping contingent of more than 2,000 troops from member states of the Collective Treaty Security Organization (CSTO) has arrived in Kazakhstan. The military alliance between six former Soviet countries, including Russia, Armenia, Belarus, Kazakhstan, Kyrgyzstan and Tajikistan, which operates on a principle similar to that of NATO, sent its troops at the request of Kazakh President Kassym-Jomart Tokayev.

As part of their task, the joint forces protected important military, government and other important facilities in Almaty and the capital Nur-Sultan.

Currently, Kazakh law enforcement is conducting a major nationwide investigation into the causes of the unrest. According to the Attorney General’s Office, more than 800 criminal cases are under investigation.

Viewpoint: How the risk-based ‘precautionary principle’ promoted by Europe has undermined global agriculture – and why we should kill it