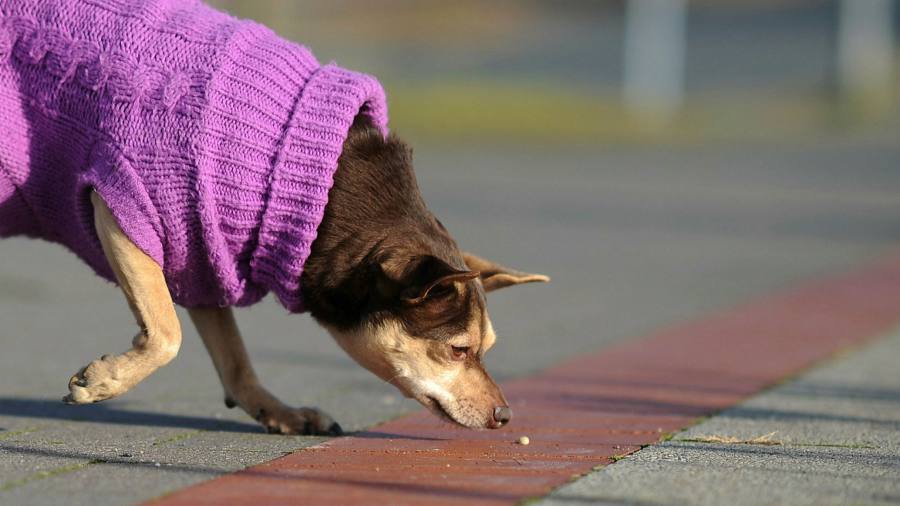 JAB seeks to raise $ 5 billion to invest in animal care

JAB Holding, the European investment group behind brands such as Pret A Manger, Panera Bread and Krispy Kreme, is looking to raise a new $ 5 billion fund to expand its series of deals in the booming healthcare industry for pets.

The group, which manages the fortune of the German billionaire family Reimann and has invested outside money for the past seven years, has started raising funds from its existing network of around 120 investors, according to two people with a direct knowledge of the file.

It aims to complete the fundraiser, which targeted former investors including the Colombian brewing dynasty of Santo Domingo, Singapore’s GIC state fund and the University of Pennsylvania endowment, by the second quarter. next year.

The funds will be invested through JAB Consumer Partners, formerly known as JAB Consumer Fund, which has raised $ 17.7 billion and is renowned for signaling a desire to bring in co-investors.

The group has concluded more than $ 50 billion in consumer transactions in recent years, notably through JAB Consumer Partners, which invests through a separate structure created alongside the family holding Reimann.

The new funds would primarily be used to invest in pet care services such as insurance and medical equipment, people said, while some of the new funds would target other consumer goods companies. The group hopes to capitalize on the lessons learned from the significant investments in veterinary care made with the latest $ 6 billion in funding it finished raising last year.

The fundraiser follows a turbulent period within the group, which in 2020 split from a senior executive, David Kamenetzky, who had only been hired the previous year. In 2019, the former CEO of Reckitt, Bart Becht, left following disagreements over the group’s strategy with his fellow managing partners Peter Harf and Olivier Goudet.

This year, JAB announced a successor to Harf, who is 75 years old. He is also the chairman of the group and helped make the Reimann billionaires by making deals spanning decades.

Joachim Creus, a 45-year-old lawyer who has worked with the group for more than 10 years, was appointed senior partner and vice-chairman in May, and will eventually succeed Harf, who has not set his departure date to retirement, the company said. Creus is expected to be named a managing partner alongside Harf and Goudet, 56, in the coming weeks, two people with direct knowledge of the matter told the Financial Times.

With the previous $ 6 billion in funds, JAB has acquired veterinary businesses, including Compassion-First Pet Hospitals, National Veterinary Associates and Ethos Veterinary Health, with a particular focus on specialist veterinary care. He initially aimed to raise $ 8 billion.

This strategy capitalized on a global trend not only to own pets but also to spend a lot on them, including high level veterinary care and expensive food. It is considered by JAB to be one of its best performing areas of investment.

In contrast, other investments in the JAB portfolio suffered during the pandemic. Pret A Manger, the UK take-out and coffee-shop chain, was saved thanks to a Â£ 185million investment from JAB after it lost much of its customer base during the shutdowns. It is changing its business model to focus more on small towns and cities and offers services such as coffee subscriptions.

Demand for Krispy Kreme donuts, another JAB brand, has increased at the height of the pandemic, but its shares have lost a third of their value since being listed on the Nasdaq index in July. JAB is also preparing for an IPO of Panera Bread, which it bought in 2017 for $ 7.5 billion.

The rights of American decline