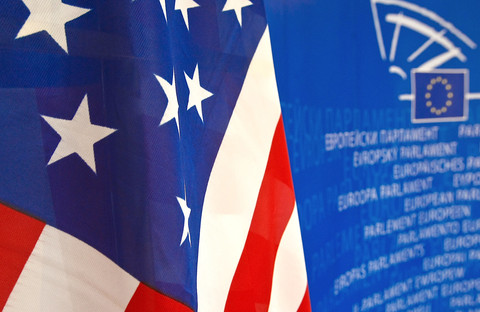 It’s time for the EU to grow as a democracy

US President Joe Biden’s initiative to convene a virtual “Summit of Democracies” in early December coincides with the “Conference on the Future of Europe”.

The US summit offers the European Union an excellent opportunity to mark its position on the world stage. The Union can stress that it imitates rather than imitates the United States of America in the area of ​​good governance.

The desire to lay the foundations for an ever closer union between the peoples of Europe did not lead to the creation of a federal state, but to the emergence of the EU as a democratic regional organization – that is to say a Union of democratic States, which constitutes a democracy in its own right.

The dual character of EU democracy is underpinned by the 2007 Lisbon Treaty, which requires the Union to uphold standards of democracy and the rule of law similar to those it demands of its states members.

On the eve of the Summit of Democracies, the EU itself can be characterized as a democratic regional organization with a dual democracy.

In his famous Zurich speech of 1946, British Prime Minister Winston Churchill expressed the aspirations of an entire generation in calling for the creation of the United States of Europe.

The dream of the old continent resurrecting from the ruins of war as a federal state by analogy with the United States continued to inspire politicians for decades to come.

Half a century later, German Foreign Minister Joschka Fischer reopened the debate on the ultimate goal of European integration with his speech “From Confederation to Federation”.

And after the rejection of the “Constitution for Europe” in 2005, former Belgian Prime Minister Guy Verhofstadt showed his unwavering support for the federal ideal in a pamphlet defiantly titled “The United States Europe ”.

Unfortunately, their concern for the ideal of the United States of Europe prevented the federalists from recognizing the realities on the ground.

In a dialogue that is mutually reinforcing with their opponents, the intergovernmentalists, they have failed to account for the specificities of European construction.

The two antagonists neglected the fact that the Member States, participating in the process of European integration, were constitutional democracies.

Although the European Council underlined their particular character by describing the Communities in 1973 as a “Union of democratic states”, federalists and intergovernmentalists preferred to continue their theoretical debate on the purpose of the EU as if the developments on the terrain had no relevance.

As a result, neither of the two dominant ideologies has been able to defend the emerging European democracy against the claims of populists and Brexiteers.

In her 1997 Europe Conference, former President of Ireland Mary Robinson underlined the importance of the principle that whatever the result of the momentum towards European integration, it must be the result of ‘an organic process.

A quarter of a century later, history has proven him right. European democracy has emerged organically, as the EC / EU has evolved over decades from an organization of states to a “democratic union of democratic states”.

As foreseen by the standard formula of the EU treaties according to which “this treaty marks a new stage in the process of creating an ever closer union between the peoples of Europe”, the current European democracy is the result of a gradual process.

The first step, which the European Council took after identifying the Communities as “a Union of democratic States”, was also to confer on their Union its own democratic legitimacy.

They transform the Parliamentary Assembly into a European Parliament and organize the first direct universal elections for their democratic institution in 1979.

Building a representative democracy at Union level has taken a considerable amount of time, but the decisive steps can be highlighted as follows.

The introduction of European citizenship in 1992 laid the foundations for a direct relationship between the EU and its citizens. Moreover, it fulfilled the first precondition that democracies cannot function without citizens.

Once citizenship was introduced, the EU enshrined the concept of democracy in its core values ​​under the Amsterdam Treaty of 1997. The proclamation of the EU Charter of Fundamental Rights gave new citizens a special status whole.

The charter has been hailed as the Magna Carta of European citizens.

It gained the force of law through its inclusion in the 2007 Lisbon Treaty. The hallmark of ‘Lisbon’ lies in its construction of the EU as a dual democracy. It allows the EU to be described as a “Union of democratic states, which is also a democracy in its own right”.

Taking into account the relevant case law of the European Court of Justice, it can be concluded that the EU has reached its constitutional destination as a “Democratic Union of Democratic States”.

Some 70 years after the start of the European integration process, the EU can no longer claim to be a teenager in search of an identity of its own.

The European Union has developed its own form of international organization with a distinct system of governance.

The challenge of the Conference on the Future of Europe is to fill the gaps in this model of dual democracy. It urgently needs to improve democracy at Union level and avoid backsliding in the Member States.

The Summit of Democracies can be seen by the EU as a global platform to spread the message that it is developing its own model of democracy and that it is imitating rather than imitating the United States.