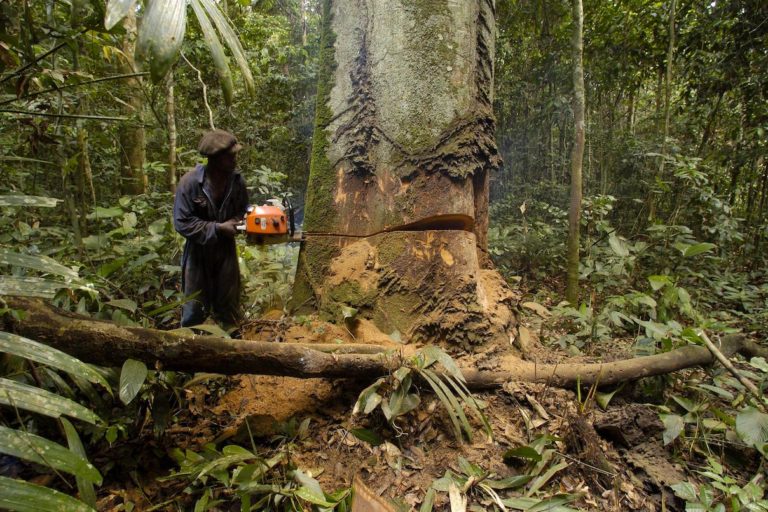 Is a European proposal on imported deforestation too punitive? (remark)

The European Commission’s plan to tackle deforestation associated with certain imported agricultural products was unveiled on November 17, 2021. A third of global deforestation is linked to international trade, and it is estimated that the European Union (plus the UK Uni) has an annual “footprint” of around 200,000 hectares, or 16% of global trade-related deforestation.

The Commission proposal provides that before placing a product on the European market, each company must ensure that it is not linked to a deforested territory after December 31, 2020, by geolocating the plots from which it comes. and by setting up a traceability system. The products concerned are palm oil, soya, cocoa, coffee, beef and wood. Surprisingly, natural rubber from rubber trees is not included, although it is one of the drivers of deforestation, although not the most important.

The cornerstone of this project is the obligation of “due diligence” imposed on importers, i.e. all the checks they must carry out to ensure the origin of the product to be imported, its legality and the conditions of its production, thus reducing the risk of commercialization of products involved in deforestation.

A broad “amnesty” for recent deforestation

One of the main elements of this draft regulation is the mention of a “deforestation deadline” set at 31/12/2020. Concretely, this means that if the conversion of forests took place before this date, they are not considered to be participating in deforestation. The end date of 2020 is more than a compromise, it is the upper limit of a range mentioned by the European Commission (“between 2015 and 2020”) a few months ago.

The European Parliament had voted in 2020 a resolution stipulating that the date of January 1st, 2015 had to be retained. The date proposed by the Commission is clearly a gesture towards the importing industry (and the producing countries) who were asking for the adoption of a date close to the present. And that “amnesties” a lot of recent deforestation in major producing countries, like Brazil, whereas low-deforestation countries like Gabon that might want to develop their agriculture by clearing now will likely find that they are penalized more.

See related: How do the Glasgow and New York declarations on forests compare?

The thorny question of legal deforestation

The other important point is the adoption of the FAO definition of forests, namely 10% tree cover (excluding oil palms for example) on a minimum area of ​​0.5 hectares. However, many countries have adopted a minimum threshold of 30% tree cover to define forests, ie a narrower definition of forest. By setting a 10% threshold to define zero deforestation products, products considered legal in the country of origin (whose conversion may have involved an ecosystem with, for example, 20% coverage) will be unacceptable to the EU, and, in principle, will not be allowed to be imported. This will create strong trade tensions and possible retaliatory measures (one can think of the sales of Airbus).

The idea of ​​having a single definition of forest for all countries (i.e. the same for Gabon, a country of dense forests, and Burkina Faso, a country of dry and open forests) and all biomes, poses a problem of realism. It would be more appropriate to look at things on a case-by-case basis, or even biome by biome, since some countries have several forest biomes. To move in this direction, it would probably be better for the EU to rely on independent certifications such as the Rainforest Alliance for cocoa, or the Round Table for Sustainable Palm Oil (RSPO) for oil palm, which have recently Adopted the “Zero Deforestation” Criteria.

On the other hand, the adoption of a single threshold of 10% tree cover to define forest risks allows the conversion of many parts of wooded savannahs, such as the Brazilian Cerrado, into soybean fields. Indeed, these savannas rich in biodiversity and rich in carbon in their soils are often below the threshold of 10% tree cover. The European Commission announces that it will probably consider extending its regulations to other natural ecosystems in a second phase. It should be noted, however, that the adoption of a general measure of “non-conversion of natural ecosystems” (which would essentially aim to protect the Cerrado) would go against the orientations proposed by the Central African Forest Initiative (CAFI), a coalition of donor organizations of which the European Commission is a stakeholder, to ensure that large-scale cultivation (oil palm in particular) develops in savannahs (and therefore natural ecosystems such as Cerrado).

While there are large tracts of degraded and abandoned pasture in Brazil that could be rehabilitated for new crops or plantations, this is hardly the case in the Congo Basin. Taking the context into account will therefore be crucial in order to make relevant decisions and avoid adverse effects. If it seems difficult for a bureaucratic machine such as the Commission to be able to take the context into account in detail, it is reasonable to think that independent certifications meeting the precise specifications of the public authority will do so.

Avoiding degradation involves, by some definitions, maintaining the original species composition, age structure or rate of distribution of a forest stand. All this is modified by selective logging, even controlled and certified (not to mention the CO2 roads, damage caused by harvesting and logging). The Commission’s draft specifies that forestry operations must not lead to “loss of biological or economic productivity” or affect “the complexity of ecosystems”. These criteria will be difficult to interpret and few operations can claim to fully meet them.

It is a sword of Damocles suspended above the tropical woods, since they are the ones explicitly concerned by this mention of degradation in the draft regulations. The Commission does not question the European Union Timber Regulation (EUTR) of 2013, which aims to sanction importers who place illegally felled timber on the European market. This suggests that there will be no short-term stop to tropical timber imports, but NGOs can raise the issue at any time and ask the EU to be consistent with its non-degradation criteria. It is likely that imports of wood from forests considered “primary” (little disturbed by human activities) will be quickly called into question, which will pose a problem for many foresters in Gabon, Congo and Cameroon, even those certified by demanding labels such as the Forest Stewardship Council (FSC).

Finally, a benchmarking (comparative analysis) of the countries will be carried out to measure the level of due diligence according to the country risk. The criteria for comparison should be deforestation rates, production trends of products at risk of deforestation, national policies, quality of governance, etc. While this approach makes sense, it may discourage importers from sourcing from countries such as Cameroon, Cambodia or the Democratic Republic. of the Congo, given the effort they will have to make in terms of guarantees. By not wanting to rely on “zero deforestation” certifications to declare the product “negligible risk”, the Commission will penalize “clean” producers in contexts of “difficult governance”. This amounts to collective punishment.

Alain Karsenty is an environmental economist and senior researcher at the French Center for Agricultural Research for International Development (CIRAD) in Montpellier, France. He is the author of dozens of scientific articles and co-author of several books.