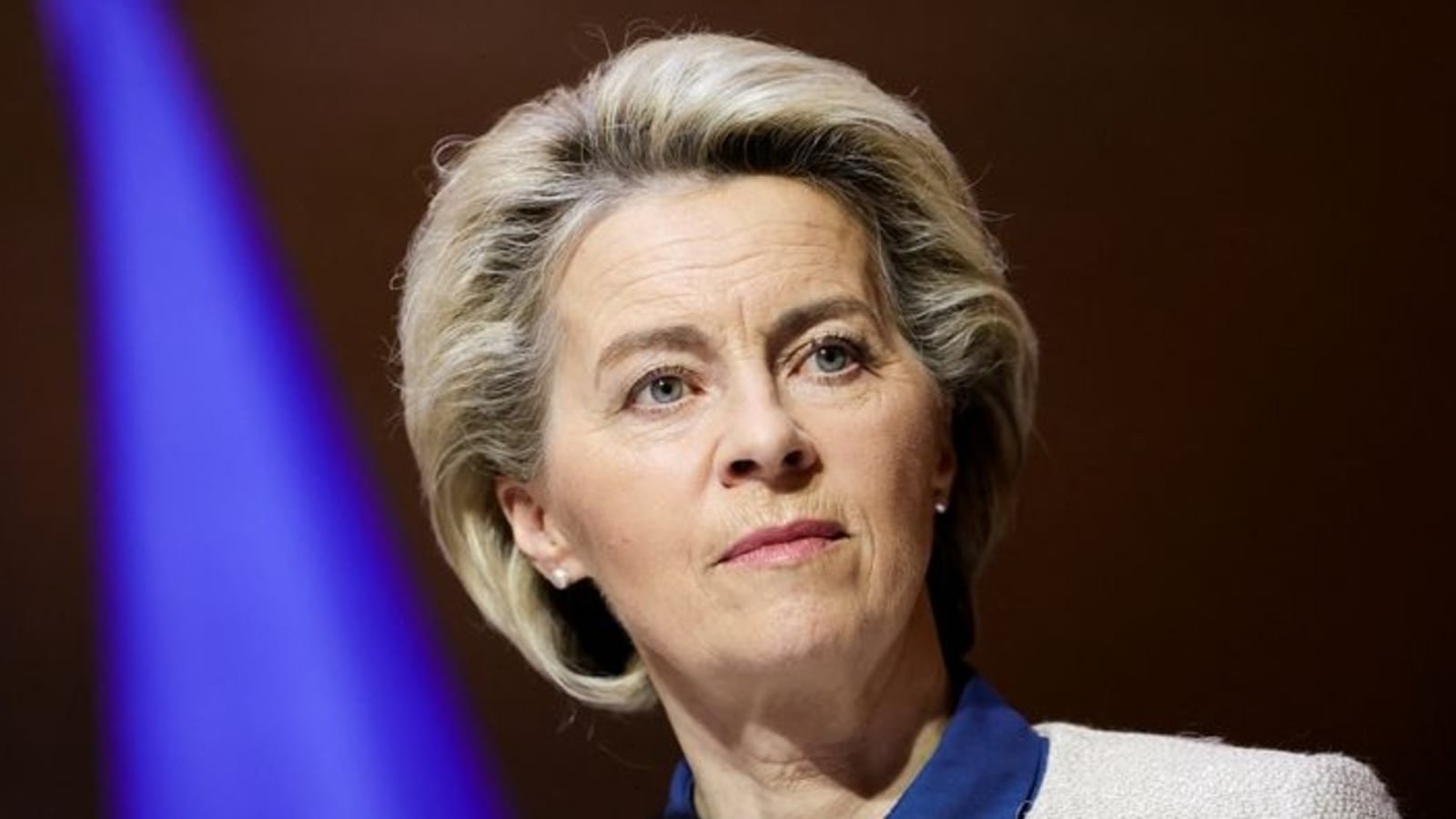 European Commission President Ursula von der Leyen said leaving Russia’s unwarranted attack on Ukraine unchallenged could lead to a world where “might does good”, including in the Indo-Pacific, where there are “latent tensions”.

Von der Leyen, who begins a two-day visit to India on Sunday during which she will meet with Prime Minister Narendra Modi and open the Raisina dialogue, said she would discuss the Ukraine crisis with India with a clear message on the “need to stop this aggression now”.

The European Union (EU) is calling on other countries to join in its efforts to hamper President Vladimir Putin’s “ability to continue the bloodshed in Ukraine” through a sanctions regime “because the Russia’s aggression is not only a danger for individual countries but for the whole world”. she said in an interview before her arrival.

Asked about the potential risk that the Russian invasion of Ukraine could trigger similar incidents in the Indo-Pacific, where China has unresolved border disputes with several countries, von der Leyen said: “I think it there is a risk that – if this aggression is not challenged – we can all face a world where might is good.The EU is for the rule of law, not for the rule of guns.

“This is valid not only in Europe but also in the Indo-Pacific, where we see latent tensions. With our Indo-Pacific Strategy, we have made it clear that the EU has a strong interest in the security and prosperity of the Indo-Pacific,” she added. “We want to work with our friends and partners, especially India.”

Von der Leyen said she would discuss the Ukrainian conflict with interlocutors in New Delhi as part of the EU’s intense consultations with partners around the world. “What I say to all my interlocutors is that this aggression must be stopped now. We must uphold respect for the UN Charter, territorial integrity and sovereignty of nations,” she said.

“We are also working closely with India in this regard and we appreciate Prime Minister Modi’s repeated calls for an immediate cessation of hostilities as well as the channeling of humanitarian aid from India to Ukraine. “, she said, adding that “Putin’s unprovoked attack is a challenge to the very principles that underpin global peace and security.”

India has condemned the massacres of civilians in Bucha and has consistently called for an end to the conflict in Ukraine and a return to the path of dialogue. Modi suggested there should be direct talks between the Russian and Ukrainian presidents. India, which has ceased to publicly criticize the Russian invasion, faces increasing pressure from European partners and the United States to change its position.

The United States has also urged India not to increase its purchases of cut-price Russian crude oil or circumvent sanctions on Russia’s leadership and financial system. When asked if the EU would act against countries trying to circumvent Western sanctions, von der Leyen said the aim of the sanctions imposed by more than 40 countries was to hamper Putin’s ability to pursue the bloodshed in Ukraine.

“The sanctions are directed against the war machinery of the Kremlin. We invite other countries to join in this effort, because Russia’s aggression is not just a danger to individual countries but to the whole world,” she said.

It is important that the global community unites to uphold the values ​​of the UN Charter in the face of an “unprovoked and unwarranted attack by Russia”, and global forums such as the Raisina Dialogue can help in this regard, said she declared.

Modi will open the Raisina Dialogue on April 25, and von der Leyen will join the inaugural session as a chief guest. The Dialogue is the Ministry of Foreign Affairs’ flagship conference on geopolitics and geoeconomics.

On the bilateral front, von der Leyen said the EU sees India as a crucial partner in maintaining the rules-based global order, tackling climate change and planning for the digital transition. The two sides also have converging interests such as ensuring a peaceful and prosperous Indo-Pacific.

Von der Leyen also said the EU wanted to quickly conclude three agreements on trade, investment protection and geographical indications with India, a market “of very significant magnitude”, so that both parties could support economic recovery and “navigating around rising global tensions and securing our supply chains”.

Has US economic growth slowed in early 2022?