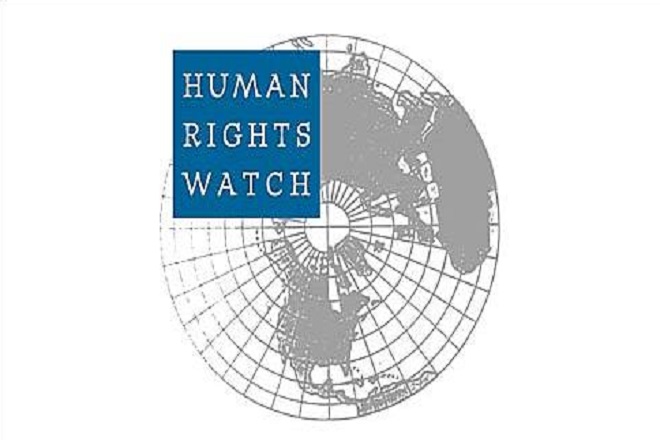 The Sri Lankan government is using the discredited Prevention of Terrorism Act (PTA) to commit prolonged arbitrary detentions and torture, Human Rights Watch said in a report released today. The European Union, other trading partners and donors should push for time-bound action to repeal the abusive law and reject the government’s vague promises of reform.

The 59-page report, “Into a legal black hole: Sri Lanka’s failure to reform the Prevention of Terrorism Act,” documents the misuse of the PTA by the Gotabaya Rajapaksa administration against Tamil minority communities and Muslim women, and to repress civil society groups. . The administration has rejected promises by the previous government to repeal the law after it re-entered the EU’s Generalized Scheme of Preferences Plus (GSP+), which grants Sri Lanka special duty-free access to EU markets. EU.

“Sri Lankan authorities continue to use the Prevention of Terrorism Act to sweep away the basic rights of those targeted, reneging on past government promises to repeal the law,” said Meenakshi Ganguly, Asia Director of the South to Human Rights Watch. “EU members and other countries should reject the Rajapaksa administration’s flimsy promises to reform the PTA and push for the swift repeal of the law.”

This report is based on Human Rights Watch research on the Prevention of Terrorism Act conducted since 2018, interviews conducted between January and December 2021, and a review of newly available court documents. Human Rights Watch wrote to the Attorney General of Sri Lanka and the Sri Lanka Human Rights Commission, and received a response from the commission which is included in the report.

The PTA allows authorities to arrest people without a warrant for unspecified “illegal activities” and detain suspects for up to 18 months without bringing them to court. This deprives suspects of their basic due process rights and removes safeguards that would protect them from abuse, creating a legal black hole, Human Rights Watch said.

The Rajapaksa administration has used the PTA to detain or intimidate the families of victims of past abuses, human rights activists and lawyers, and journalists. “When you talk to the families of the missing, they say they can be arrested at any time,” said an activist working with the Tamil community. “The police are arresting people for posting photos on Facebook. They can arrest you for anything.

The EU withdrew Sri Lanka from GSP+ in 2010 amid rights abuses at the end of the civil war, but re-admitted the country in 2017 after the then government renewed commitments to adopt and implement 27 human rights and other international conventions, and in particular repeal the PTA. This follows a consensus resolution of the United Nations Human Rights Council in 2015, in which Sri Lanka agreed to ensure accountability and reparations for war crimes, investigate enforced disappearances and repeal this law. Most of these commitments have yet to be fulfilled.

In June 2021, the European Parliament passed a resolution calling on the European Commission to “advance Sri Lanka’s human rights obligations and demand the repeal or replacement of the PTA” when assessing Sri Lanka’s eligibility for GSP+ status. A review is currently underway and is expected to be completed later this year.

Since the beginning of 2021, the Rajapaksa government has renewed its promises to review the provisions of the law, but no substantive proposal has been put forward. Instead, the government introduced an order in 2021 that would make the law even more abusive. Any proposed amendment to the Code of Criminal Procedure would further undermine the protection of human rights.

“The Rajapaksa administration’s abusive actions have proven stronger than its vague promises of reform,” Ganguly said. “The EU, US and UK should hold the Sri Lankan government to its international obligations and press for meaningful action to protect human rights.”

The shellfish farmers of Mass. could see a boost with the new US-EU deal