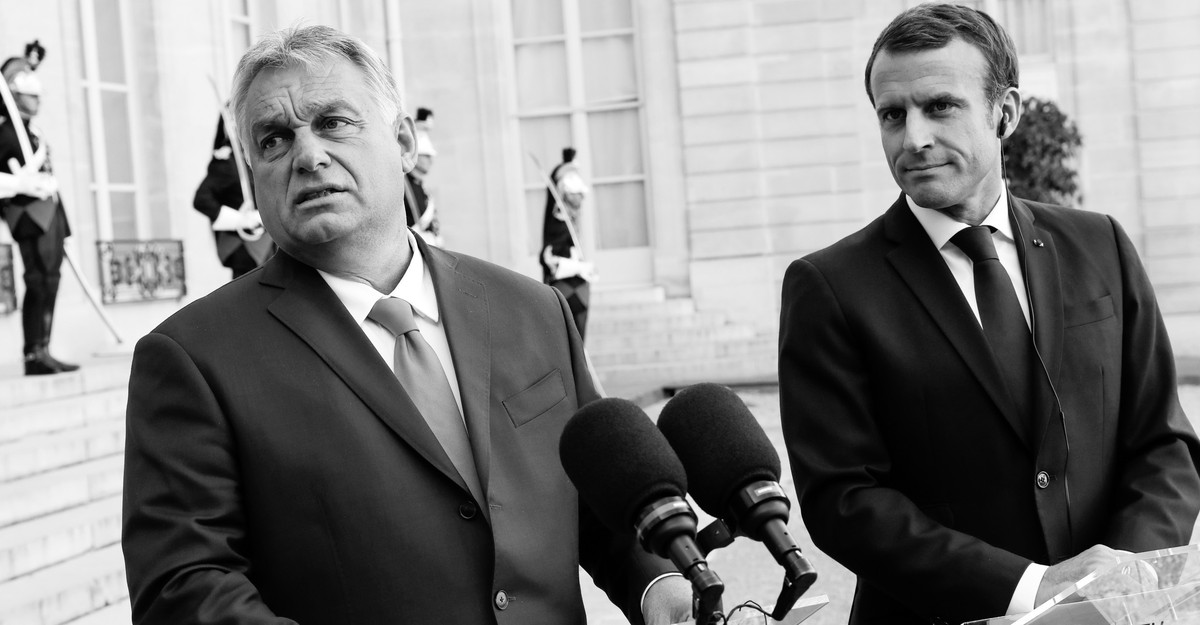 How Ukraine is changing European politics

Europe is about to hold two major elections: in Hungary, Prime Minister Viktor Orbán, who has ruled the country for 12 years, and Hungarian democracy itself are at the polls; in France, voters will decide between Emmanuel Macron and a new, presumably more extreme leadership.

Under normal circumstances, such contests would be national affairs driven by national factors such as the economy, immigration and the response to the pandemic. But Russia’s invasion of Ukraine changed all that. Suddenly, French elections have become the question of who can best lead the country through Europe’s first major war in decades. In Hungary, an election that would have determined the country’s path to more autocracy or liberal democracy was overshadowed by talk of war and peace and East versus West.

The war in Ukraine has completely changed European politics: Germany is abandoning taboos against defense spending, Finland and Sweden are rethinking their position vis-à-vis Russia and NATO, and Poland is changing of pariah to partner in Brussels. The upcoming two elections offer further signs of how people across the continent – ​​already hit by rising energy prices and millions of refugees fleeing Ukraine – are reacting to a war that seems unlikely to end. anytime soon.

The most immediate result will be seen in Hungary, which goes to the polls today. For months, this election has been widely touted as a referendum on Orbán, the biggest challenge to his rule in more than a decade. Unlike previous elections, where he faced a mostly fractured opposition, Orbán this time faces a coalition of six parties that have banded together with the explicit aim of overthrowing him. According to the opposition, it was an election aimed at saving Hungarian democracy from the autocratic impulses of Orbán. For Orbán’s ruling Fidesz party, it was about preserving Hungary as a defender of traditional values ​​and preventing interference from the so-called international left.

When Russia invaded Ukraine, triggering a continental crisis and sending millions of Ukrainian refugees to neighboring countries, including Hungary, Orbán and his opponents had to quickly adapt their messages. “The war in Ukraine completely transformed the election campaign,” András Bíró-Nagy, director of the Budapest-based think tank Policy Solutions, told me. The opposition capitalized on Orbán’s status as Vladimir Putin’s Last Friend in Europe; the Prime Minister sought to find a balance between supporting the European consensus on Ukraine and not cutting ties with Moscow. As a result, Hungarian voters now face “two competing narratives”, Bíró-Nagy said. As the opposition attempts to characterize the election as a choice between aligning Hungary with Russia and aligning it with NATO and the West, “Orbán is desperately trying to reframe events around the need for peace and security. of the Hungarian people in these turbulent times. The prime minister has ruled out supplying arms to Ukraine or allowing arms bound for Ukraine to pass through Hungary, unlike many of his European partners. He also dismissed calls for an embargo on Russian energy supplies, citing a potential impact on Hungarian families.

These positions made Orbán a sort of pariah in Europe and isolated Hungary from its traditional allies in Poland and the Czech Republic, including defense ministers refused to attend a meeting with their Hungarian counterpart last week on Budapest’s position on Ukraine. Orbán’s careful balance has even earned him direct condemnation of Ukrainian President Volodymyr Zelensky, who challenged Orbán to “decide who you are with”. (The Hungarian government later accused the Ukrainian government to seek to influence the elections.)

Read: The Legacy of the Autocrat

But when it comes to elections, Orbán’s strategy could work well. Fidesz maintains a slim lead over the opposition, according to recent polls. The fact that Hungary’s electoral system is already gerrymander in favor of Fidesz (not to mention Orbán’s disproportionate control over the country’s media and public funds) makes the prospect of an upheaval unlikely. And because of the uncertainty surrounding the war, “people will choose the devil they know,” István Kiss, executive director of Budapest’s Danube Conservative Institute and former Fidesz adviser, told me.

Ukraine also dominates the electoral narrative in France, although you wouldn’t necessarily know that from being there. Although the first round of the contest is only a week away, “it feels like there’s no presidential campaign going on in France right now,” program director Georgina Wright told me. Europe at the Institut Montaigne in Paris. Just like in Hungary, “Ukraine completely eclipsed the election.”

Although French voters rarely go to the polls with foreign policy in mind, the war succeeded in reversing this trend, at least in part to the fact that France played a leading role in the West’s diplomatic wrangling. with Russia. Macron not only traveled to Moscow in the weeks leading up to the war, in a last-ditch (and ultimately unsuccessful) effort to stave off a Russian invasion, but he has since dozens of calls of Putin and Zelensky in pursuit of a diplomatic resolution. Due to Russia’s role as a major continental supplier of gas, the war will have a huge impact on European economies. “The French are looking to see who can guide them through this crisis,” Wright said, “and there’s a feeling that Macron is probably the only person who can do that.”

It helps that Macron may be the only viable candidate who hasn’t been seen as overly sympathetic to the Kremlin or its talking points. Marine Le Pen, the far-right leader who has resumed her role as Macron’s main rival, hasn’t hid from her affinity with Putin or of its investments in his previous campaigns. Despite herself conviction of the invasion, a photo of Le Pen with Putin still appears in his campaign pamphlets. Meanwhile, far-left ascendant candidate Jean-Luc Mélenchon, who has long advocated France’s withdrawal from NATO, had to backtrack on his comments minimize the threat posed by Moscow.

However, polls predict a smaller margin victory for Macron in a rematch with Le Pen from their 2017 run-off, showing how the French president’s appeal has faded after five years in power.

Just as the war in Ukraine affected these elections, their results will invariably have an effect on Ukraine as well, particularly on how Europe responds to the crisis there, whether it maintains the status quo or changes its Politics. Macron’s victory would represent a victory for those who have argued for a stronger Europe, a position that has been largely vindicated by the Russian invasion. And if Orbán stays in power, as is likely, it would signal new challenges for the European consensus on Russia, especially when it comes to reducing the continent’s dependence on oil and gas. Russians.

Prime Minister Viktor Orban and Fidesz during a national vote