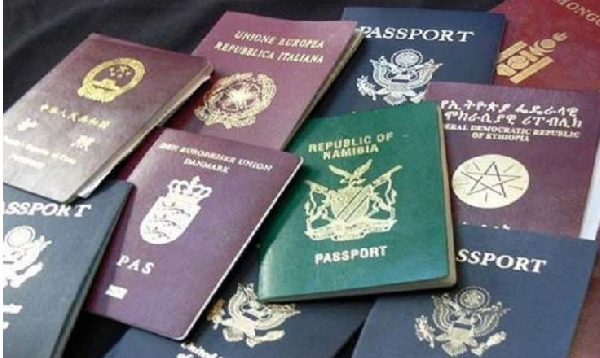 During his public conference on digitization at Ashesi University last week, Dr Bawumia revealed that the government has already initiated processes with the International Civil Aviation Organization (ICAO) for Ghanacard, which has unique biometric features, to be recognized by ICAO globally as an electronic passport, especially for returning Ghanaians, and a full electronic passport in the future.

Much like Ghana, EU member states have started processes to turn their national IDs into electronic passports, in line with Regulation (EU) 2019/1157, which requires its 450 million citizens and around 20 million citizens. non-European citizens, who reside or work in the Member States, to be equipped with a safe, secure and reliable identification.

More than a billion people are estimated to travel within the European Union (EU) or cross its external borders each year, which has spurred new regulations which prompted strict and consistent identification measures designed to verify and accurately validate the identity of citizens in order to facilitate mobility. between Member States, while limiting terrorism and organized crime.

The case for the use of biometrics for identification at international borders is well established.

The electronic passport is one way to take the process a step further.

It is clear that the use of two-finger biometric registration and facial image for a national identity card is a step forward from the requirement to carry and produce passports for travel and access to borders for many reasons, including speed, convenience, advanced security and fraud detection.

These national identity cards are not limited to travel, however. With the EU’s eIDAS mandate, the same identity documents are already helping businesses, citizens and public authorities to perform secure and transparent electronic interactions in use cases such as:

Access to public documents, such as birth certificates, medical certificates or declaration of a change of address, filing tax returns, opening a bank account or applying for a loan, accessing or keeping medical records and prescriptions, verifying age, facilitating travel, such as renting a car or checking into a hotel.

As a next step, the European Commission wishes to develop an application that would contain the digital version of the national identity card – the “wallet” – which it will start testing in October 2021. Some visionary countries are also implementing mobile or eIDs. now for even more comfort.

The EU National Identification Regulation brings us one step closer to standardizing biometric identity for a truly global community – not just for travel, but for secure access to everything that makes our lives easier.

Interestingly, the Ghanacard already has all the features that most EU member states are now trying to incorporate into their national maps.

why legal aid is needed – The Oxford Student