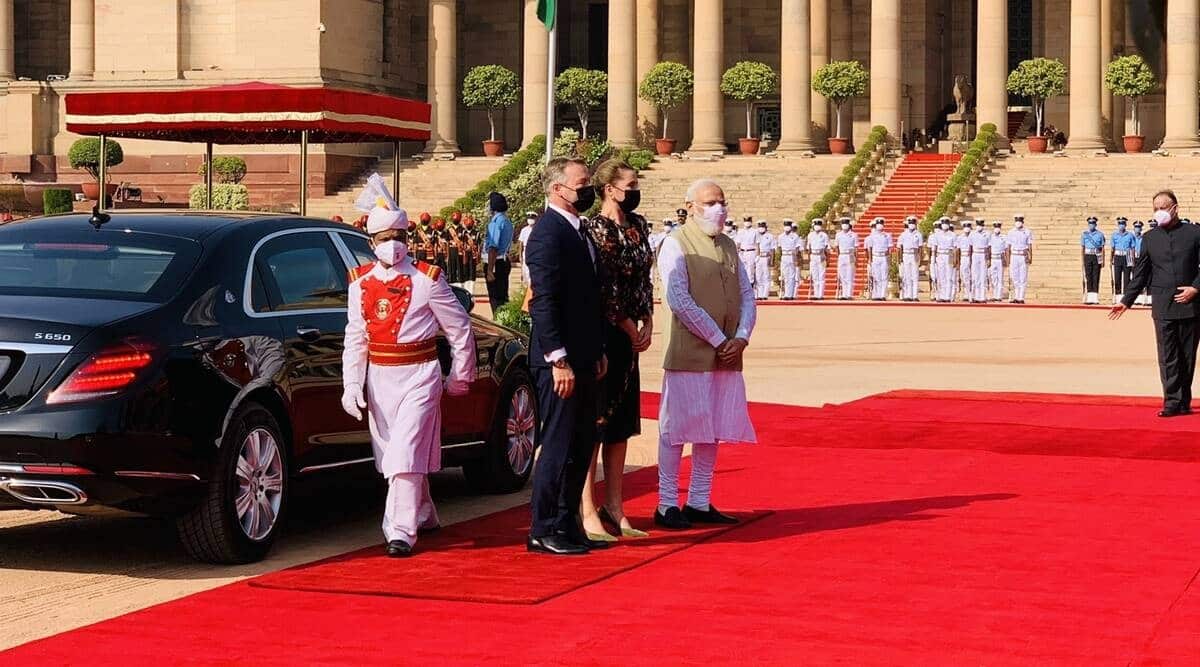 How Delhi Came to See Europe as a Valuable Strategic Partner

Last week’s in-person summit in Delhi was with Danish Prime Minister Mette Frederiksen. This was fitting, as Europe is so high on India’s diplomatic agenda today and the small European states are attracting unprecedented political attention from Delhi.

If the Danish meeting highlighted the immense possibilities of India with the small European countries, the prospects for a broader strategic cooperation with the European collective opened up with the articulation of a global Indo-Pacific strategy by the European Union last month. May Denmark, a country of just six million inhabitants, be able to establish a meaningful green partnership with India, is a reminder that the small countries of Europe have a lot to offer in the economic, technological and social transformation of the country. India.

If little Luxembourg brings great financial power, Norway offers impressive maritime technologies, Estonia is a cyberpower, Czechia has strong advantages in optoelectronics, Portugal is a window to the Portuguese-speaking world and Slovenia offers commercial access. in the heart of Europe through its Adriatic Sea. port of Koper. The list goes on. As India begins to realize this untapped potential, there are new openings with the EU to 27 countries headquartered in Brussels.

The fact that the EU’s Indo-Pacific strategy received little public attention in Delhi is part of the entrenched indifference to Europe in India’s foreign policy discourse. To be sure, the publication of the EU’s approach to the Indo-Pacific was overshadowed by the controversial announcement of the AUKUS partnership on nuclear-powered submarines. The nuclear-powered submarines that will be built by the United States and the United Kingdom for Australia will not sail in Indo-Pacific waters for years to come; but it generated a lot, if unnecessary, of excitement in Delhi. The EU’s Indo-Pacific strategy, barely noticed in Delhi, is likely to have a much bigger impact on the region more immediately and on a wider range of areas than military security. They range from trade and investment to green partnerships, from building quality infrastructure to digital partnerships, and from strengthening ocean governance to promoting research and innovation. Defense and security are important elements of the EU’s Indo-Pacific strategy which â€œseeks to promote an open and rules-based regional security architecture, including secure maritime lines of communication, capacity building and a reinforced naval presence in the Indo-Pacific â€.

For the first time since European colonial powers withdrew from Asia amid the rise of nationalist movements in the mid-20th century, Europe is returning as a geopolitical actor in Asia and its waters – the Indo- Pacific if you will. But the context is very different. Few Asian countries view Europe with strategic mistrust. Many in Asia see Europe as a valuable partner. A survey earlier this year of policymakers and opinion leaders in the ASEAN region placed the EU as the region’s most reliable partner after Japan and ahead of the United States. China and India are at the bottom of the list.

As the escalating confrontation between the United States and China begins to weigh on Southeast Asia, Europe is widely seen as expanding strategic options for the region. The prospect is similar to Delhi, which now sees Brussels as a critical element in building a multipolar world. As Foreign Minister Subrahmanyam Jaishankar says, India’s strategy is “to engage America, to manage China, to cultivate Europe, to reassure Russia, to play Japan”. For students of Indian foreign policy, the command to “cultivate Europe” is certainly new.

The Cold War, which divided Europe between East and West, distorted India’s view of the region. During colonial times, both nationalists and princes developed far-reaching engagement with Europe. After independence, India viewed Western Europe as an extension of the United States and Eastern Europe through the eyes of Moscow. As it leaned towards the Soviet Union during the Cold War, India developed political aggressiveness towards the western part of Europe and took the East for granted.

As Europe embarked on the daring Union-building experiment in the 1990s, Delhi had another set of diplomatic priorities – saving a relationship with post-Soviet Russia, normalizing relations with China, connecting with the United States and manage a more difficult relationship with nuclear. Pakistan. This left Delhi little diplomatic leeway to think strategically about Europe. When asked to explain his remarks on ‘cultivating Europe’ at the Bled Strategy Forum in Slovenia last month, Jaishankar admitted that Delhi had not paid sufficient attention to Brussels in the past. He added that Delhi is now focused on developing a strong partnership with Brussels and engaging each of its 27 members – large and small – individually. Brussels has long been ready to dance with Delhi.

The EU defined a strategy for India in 2018 focusing on four themes: sustainable economic modernization, promotion of a rules-based order, foreign policy coordination and security cooperation. At the summit in Portugal in May this year, the EU and India agreed to resume free trade negotiations and develop a new connectivity partnership that would expand options for the world beyond the initiative. “the Belt and the Road”. Above all, it is recognized in Delhi and Brussels that the India-EU strategic partnership is crucial for rebalancing the international system amid the current global flow.

The clamor in Europe for â€œstrategic autonomyâ€ has certainly increased in the wake of the UKUS which pushed France out of its submarine agreement with Australia. Washington acted quickly to restore confidence with Paris.

In a joint statement issued after talks with French President Emmanuel Macron, Joe Biden affirmed “the strategic importance of French and European engagement in the Indo-Pacific region, including as part of the strategy recently published by the European Union for the Indo-Pacific “. Whatever the specific circumstances of the AUKUS agreement and its impact on France, the United States would like all its partners, especially European ones, to actively contribute to rebuilding the balance of power in Asia.

The EU strategy, in turn, envisions working with the Quad in the Indo-Pacific, while strengthening security cooperation with a number of Asian partners, including India, Indonesia, Japan, the Republic of Korea, Singapore and Vietnam.

A stronger Europe with a greater geopolitical agency is welcome in Delhi. India realizes that Europe cannot match America’s military weight in the Indo-Pacific. But it could help strengthen the military balance and contribute to regional security in several other ways. Delhi knows that Europe could dramatically increase India’s ability to influence future performance in the Indo-Pacific. It would also be a valuable addition to India’s Quad coalition with Australia, Japan and the United States.

It was Russia that defined India’s discourse on the multipolar world after the Cold War. Today, it is Europe – with its much greater economic weight, technological power and normative power – that promises to stimulate India’s quest for a multipolar world and a rebalanced Indo-Pacific.

This column first appeared in the print edition on October 12, 2021 under the title â€œEuropean booster shotâ€. The writer is director of the Institute for South Asian Studies at the National University of Singapore and associate editor on international affairs for The Indian Express

Polexit judgment could be decisive moment in European Commission presidency by Ursula von der Leyen, according to Daniel Freund