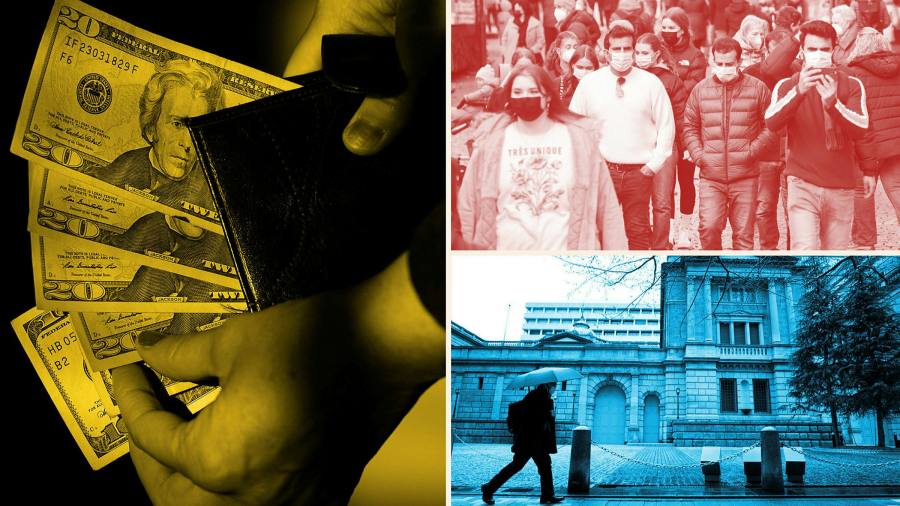 Has US economic growth slowed in early 2022?

How much has US economic growth slowed?

The United States is expected to report that economic growth slowed significantly in the first quarter, mainly due to a reversal of the unexpected boom in inventory accumulation from the previous quarter.

The Commerce Department is expected to show on Thursday that the U.S. economy grew at an annualized rate of 1% in the first three months of the year, according to economists polled by Reuters. That’s down from a 6.9% pace in the fourth quarter of 2021 and would mark the slowest growth since the Covid lockdowns-induced recession in 2020.

As the flow of goods around the world slowed late last year, companies produced far more than they sold in the fourth quarter, driving up inventories. This boosted gross domestic product growth for the fourth quarter of 2021 at a faster pace than expected, and much faster than the 2.3% growth in the third quarter.

Credit Suisse analysts do not expect this to happen again. Instead, they expect a rise in personal consumption to reduce excess inventory.

The GDP growth data comes at a time when economists and investors are deeply concerned about high inflation and the risk that central bankers’ response to it could tip the economy into recession. Rising commodity prices and borrowing costs are expected to hurt growth in the coming months, but the effects in the first quarter may have been limited as financial conditions remained easy and household finances strong. Kate Duguid

What will the Bank of Japan say about rates and the yen?

The Bank of Japan will meet at a time when its policy of keeping bond yields low is under severe pressure due to global market fluctuations.

The gap between US and Japanese policy is also leaving a mark on the Japanese currency, which has fallen to its lowest level in two decades. A dollar is now worth ¥129, up from ¥115 in early March. “Foreign exchange markets will continue to drive the yen lower until the BoJ acts,” Metcalfe added. Analysts and traders are watching for signs that authorities may make the rare move to step in to support the currency.

How has the euro zone economy withstood the war in Ukraine?

Eurozone economic growth is expected to have weakened in the first quarter as the war in Ukraine and heavy Covid-19 infections weighed on activity. At the same time, inflation should remain in line with its record level of 7.4% in March.

Flash inflation data for April, due on Thursday, and growth figures for the euro zone and several member countries on Friday, will provide the most comprehensive indication yet of the impact of the war on economic activity. .

Economists polled by Reuters expect inflation to have edged up to 7.5% in April. They also predict that GDP will have increased by 0.3% in the first quarter, the same pace as in the previous three months.

This despite analysts expecting the German economy to have returned to growth after contracting at the end of last year. Tempering gains across the region, the recovery appears to have slowed in France and reversed in Italy.

Eurozone growth figures mark a noticeable slowdown from the 2.2% annual rate seen in the third quarter, reflecting weaker momentum at the end of last year at a time of rising Covid infections and energy prices, as well as supply bottlenecks.

These factors, along with the Russian invasion of Ukraine in February, also limited economic growth in the first quarter of 2022, as Christine Lagarde, President of the European Central Bank, recently noted.

Speaking last week, she said medium-term momentum could benefit from the reopening of the economy, the strengthening of the labor market and the savings accumulated during the pandemic.

However, she added that “the war has led to growing uncertainty, further increases in energy costs and heightened concerns about supply bottlenecks, which pose clear risks to the drop in economic activity”. Valentina Romei