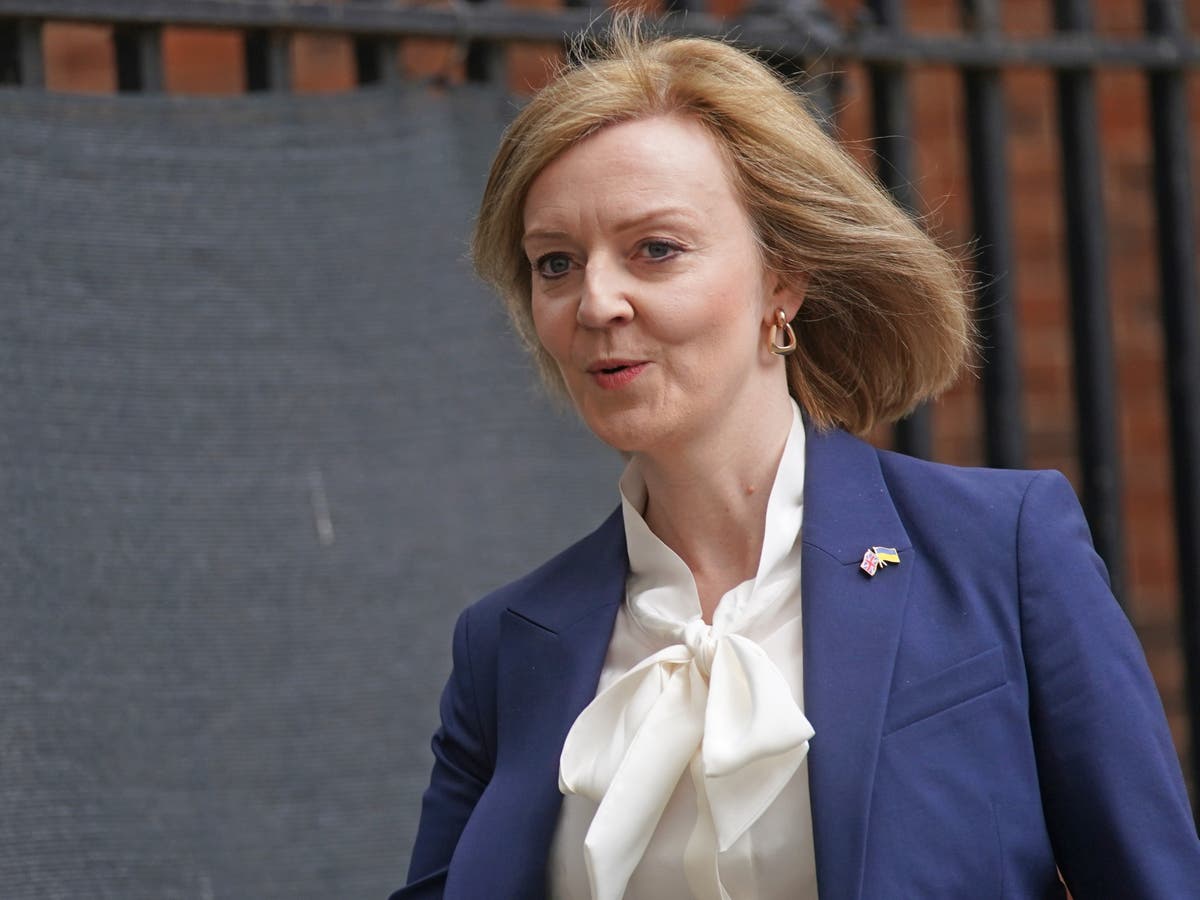 Government set to abandon protocol unless EU backs down

Boris Johnson’s government is threatening to tear up the Northern Ireland protocol unless the EU agrees to abandon border controls soon, despite warnings the row could spark a ‘horrific’ trade war.

The Independent understands that Foreign Secretary Liz Truss is pushing for unilateral action unless there is a quick and significant change of position from Brussels to remove the controls on goods agreed in the Brexit withdrawal agreement.

A Foreign Office source said a compromise seemed unlikely after European Commission negotiator Maros Sefcovic recently made it clear in an appeal to Ms Truss that the EU could not go beyond its existing proposals to relax only certain controls.

Northern Ireland Secretary Brandon Lewis – who travels to Stormont on Monday for crisis talks following Sinn Fein’s historic election victory – has suggested the government is ready to ‘do what we have to do’ to overrule the protocol.

Mr Lewis denied the Government was ‘dancing to the tune of the DUP’, with the Unionist Party refusing to strike power-sharing deals with Sinn Fein until Downing Street removes protocol checks on goods from from Great Britain to Northern Ireland.

“It is really frustrating that the EU has not shown the flexibility we need to get this resolution,” Lewis said. Sky Sunday news.

On the prospect of legislation to override the protocol, Mr Lewis added: ‘We’ve always said we’re not taking anything off the table, and that hasn’t changed. We will do what we have to do… There is a time when we have to make decisions.

The Republic of Ireland government has urged all parties to work together to restore a power-sharing executive after Sinn Fein became the largest party in the Stormont Assembly for the first time.

Irish Foreign Minister Simon Coveney said the EU “has been willing to show a lot of flexibility over the last 12 months to try to find a basis for agreement”.

Mr Coveney added: “We don’t need threats of unilateral action, unilateral legislation at Westminster. What we need is a partnership and intense negotiations to try to finally settle the problems around the protocol without dismantling an international treaty.

EU unlikely to give in to threats, UK food industry bosses say The Independent they fear a trade war could lead to another spike in supermarket prices, just as families struggle to cope with the soaring cost of living.

The European Commission is ready to take retaliatory trade action if No 10 tears up its commitment to respect the protocol, according to legal experts – including measures to impose tariffs on British products.

“The EU could take legal action first, but there could be punitive measures. If we end up with tariffs on goods, that would be horrible. It will drive up costs and prices,” said Peter Hardwick, trade policy adviser at the British Meat Processors Association.

Shane Brennan, chief executive of the Cold Chain Federation, said he expected a “spike” in the row between the UK and the EU. “The tariffs would be a huge step backwards. They would add significant inflationary pressure on costs at all levels, right down to the end consumer.

DUP leader Sir Jeffrey Donaldson has not confirmed whether his party will appoint a Deputy Prime Minister, Sinn Fein leader of Stormont Michelle O’Neill is expected to be nominated for the post of Prime Minister. Nominations are due Thursday.

Ms O’Neill urged the DUP to ‘work together’ at Stormont. But Sir Jeffrey suggested the party would not cooperate until No 10 acted in accordance with protocol. Write in the Sunday Telegraph, the DUP leader said: “No more words. It’s time to act. The Irish Sea boundary must go and the protocol must be replaced.

The election results mean a majority of elected officials favor keeping the protocol, aimed at preventing a hard border on the island of Ireland. Only 37 trade unionists in the new 90-seat assembly are hostile.

However, Deputy First Minister Dominic Raab claimed stability in Northern Ireland was ‘endangered’ by the protocol – telling Sky News the government would take ‘all necessary steps’ to deal with the controls so much reviled by the trade unionists.

He and Mr Lewis declined to say whether a bill to tear up protocol would be included in the Queen’s speech on Tuesday. But The Independent understands that the bill could be introduced later in the parliamentary session.

Meanwhile, Sinn Fein President Mary Lou McDonald has stepped up her push for a referendum on Irish reunification, a move that would require the consent of the UK and Republic of Ireland governments.

The leader of the Republican Party told BBC Radio 4 The world this weekend that it was time to launch an Ireland-wide ‘citizens’ assembly’ to discuss how a border ballot might work. She said a reunification vote “will happen” within the next decade.

But MM. Lewis and Raab appeared to rule out the idea of ​​a border ballot – pointing to the fact that there was still a majority of seats in the assembly for parties opposed to constitutional change, despite Sinn Fein’s success.

A spokesperson for the European Commission said The Independent the intention was to ‘continue to work’ on solutions to protocol trade barriers, adding: ‘We are fully committed to working jointly with the UK to bring long-term legal certainty and predictability to Northern Ireland .”