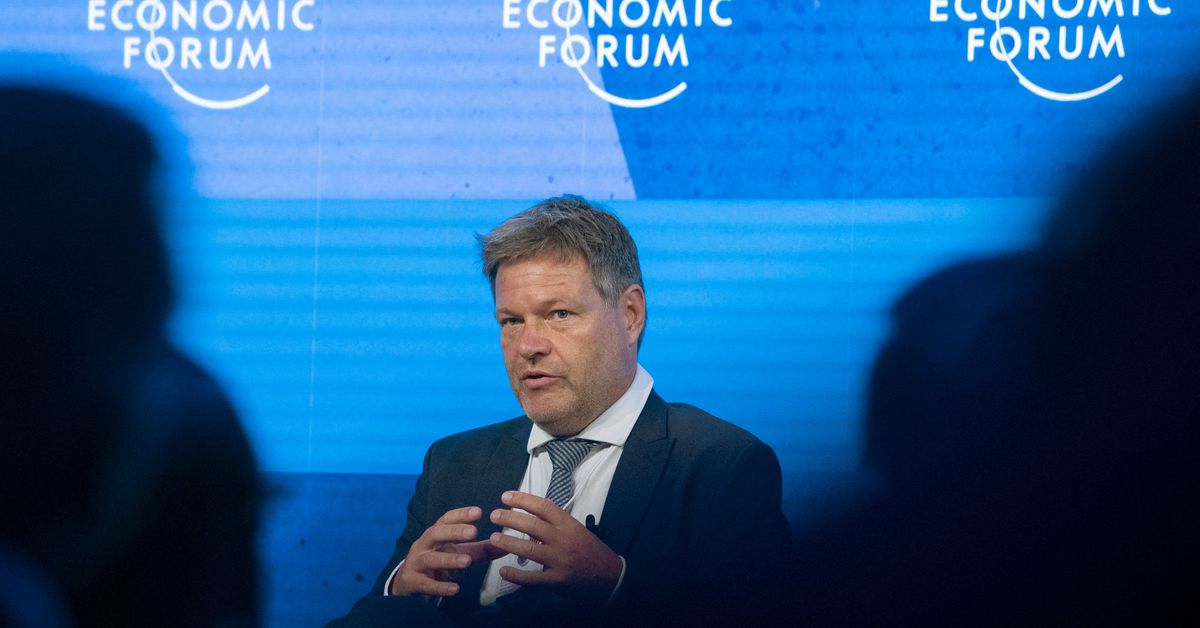 German Economy and Climate Protection Minister Robert Habeck speaks during a panel discussion at the 2022 World Economic Forum (WEF) in the alpine resort of Davos, Switzerland May 23, 2022. REUTERS /Arnd Wiegmann

BERLIN, May 23 (Reuters) – The European Union is likely to agree to an embargo on Russian oil imports “within days”, Germany’s economy minister said on Monday.

“We will achieve a breakthrough in a few days,” Robert Habeck told German TV channel ZDF when asked about an EU oil embargo in retaliation for Russia’s invasion of Ukraine.

He warned, however, that an embargo would not automatically weaken the Kremlin. Rising global oil prices after the US announced an embargo on Russian oil allowed it to rake in more revenue while selling lower volumes.

Therefore, the European Commission and the United States were working on a proposal to no longer pay “any price” for oil, but to cap world prices, he said.

“It’s obviously an unusual measure, but these are unusual times,” he said. “This path only works if many countries get on board…and that turns out to be the sticking point.”

US politicians on tour in Ireland amid protocol tensions – EURACTIV.com