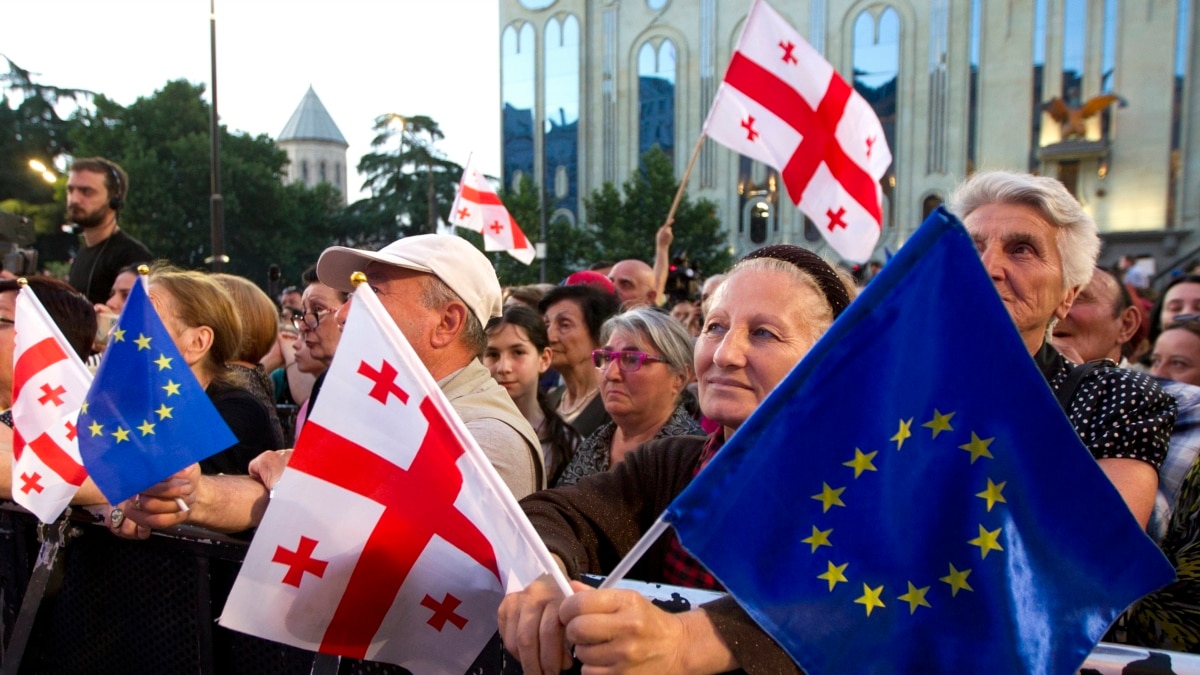 Georgians held another mass rally on Sunday to demand the government resign over its failure to formally secure a bid for European Union membership.

The biggest protests in decades, which saw at least 120,000 people take to the streets on June 20, are being organized by major pro-democracy groups and backed by opposition parties.

Sunday evening, more than 35,000 demonstrators gathered in front of the Georgian parliament, blocking traffic on the main artery of the Georgian capital, Tbilisi, according to an AFP correspondent on the spot.

Waving Georgian and European flags, protesters sang the national anthem as many held up signs reading “We are Europe”.

“Our protest is centered on Georgia’s historic goal of European integration,” one of the rally’s organizers, prominent writer and civil activist Lasha Bugadze, told the crowd.

“The government’s reaction to our constructive, peaceful and non-violent protests has been totally inadequate,” he said.

The ruling party accused the opposition of “planning to overthrow power by organizing anti-government rallies”.

On Facebook, rally organizers had earlier called on Bidznia Ivanishvili, founder of the country’s ruling party, to “relinquish executive power and transfer it, constitutionally, to a Government of National Accord”.

A new cabinet “will pursue the reforms required by the EU, which will automatically bring us candidate status for EU membership,” the statement said.

Ivanishvili, a former prime minister and Georgia’s richest man, is widely seen as the country’s mastermind, although he has no formal political role.

Last month, the European Parliament passed a non-binding resolution to impose personal sanctions on Ivanishvili for his “destructive role” in Georgia’s political and economic life.

He insists he has retired from politics.

One of the protesters, surgeon Nika Gorgaslidze, 45, said: “Ivanishvili controls, behind the scenes, the government, the parliament, the courts, the media. Such a political system is undemocratic, it is incompatible with Georgia’s goal of becoming a member of the EU.

Another protester, 19-year-old student Marina Sanodze, said: “Our protests will not stop until we have a new government that will carry out the necessary reforms and bring us closer to EU membership. “.

Georgia applied for EU membership along with Ukraine and Moldova, days after Russia invaded Ukraine on February 24.

Prime Minister Irakli Garibashvili said his government was “mobilised” to meet EU demands in time “so that we get candidate status as soon as possible”.

The postponement of Georgia’s candidacy became inevitable after the European Commission – the executive arm of the EU – declared on June 20 that Tbilisi must implement a number of reforms by the end of 2022 before to be officially placed on the path to membership.

EU conditions include an end to political polarization, improved freedom of the press and courts, electoral reforms and “de-oligarchisation”.

“They (Georgians) have a clear path… When these criteria are met, candidate status will automatically be granted,” EU foreign policy chief Josep Borrell said on June 23.

The government of the ruling Georgian Dream party has come under growing international criticism over a perceived backsliding on democracy, seriously damaging Tbilisi’s ties with Brussels.

Plans for NATO and EU membership are enshrined in Georgia’s constitution and, according to opinion polls, are supported by at least 80% of the population.