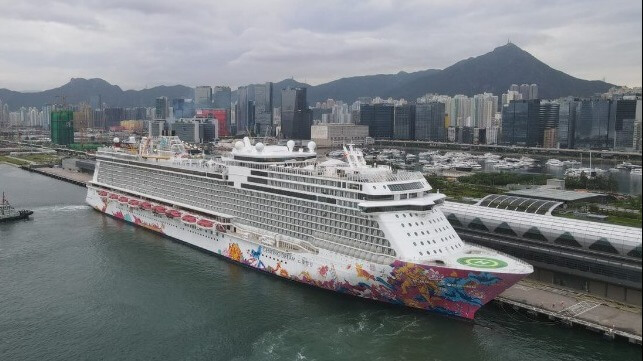 Genting Hong Kong has confirmed that its billionaire founder and CEO as well as the company’s chairman have resigned after the appointment of interim liquidators for the owner of the financially troubled cruise ship and casino. The resignations were reported after the company’s cruise passengers also confirmed they would all suspend operations. Previously, management said it hoped to at least maintain Dream Cruises operations in Asia.

Tan Sri Lim Kok Thay has stepped down as the company’s chairman, chief executive and executive director effective Jan. 21, Genting Hong Kong announced in a stock exchange filing. Lim, who owns 76% of Genting Hong Kong, initially asked the Bermuda court to retain his management responsibilities to oversee the company’s day-to-day operations while interim liquidators worked to refinance the company. He had founded the company as Star Cruises in the early 1990s. Star pioneered modern Asian cruising by developing a mix of casino games and resort-style amenities in an approach that helped rethinking the worldwide cruising experience.

However, there were frequent changes in Star’s marketing and deployment, moving ships to different markets and buying and selling ships for the operation. In 1999, Star purchased Norwegian Cruise Line and was credited with revitalizing the failing brand and introducing resort-style cruising to the west.

Mr. Lim continues in his roles at the other Genting companies that operate casinos and resorts in Asia. There has been speculation that he could now use his wealth to buy parts of his former company during liquidation.

Au Fook Yew, known in the West as Colin Au, also resigned from Genting Hong Kong on January 21. Au had served as deputy general manager, group chairman and executive director of the company and he was credited with the expansion of Genting Hong. Kong in recent years. The company acquired the German shipyard and launched Dream Cruises in 2016 after acquiring Crystal Cruises from NYK the previous year.

Dream Cruises, which operated short cruises from Singapore and Hong Kong and had recently resumed cruises around Taiwan, announced over the weekend that it would suspend bookings for at least two weeks. The company had hoped to maintain the operation from Singapore and planned to restart cruises from Hong Kong in early February when the government is expected to ease temporary COVID-19 restrictions.

Genting Hong Kong’s third cruise operation, Star Cruises, said its Malaysia-operated ship would conduct one last short cruise before suspending operations this week. Crystal Cruises made headlines over the weekend by diverting one of its cruise ships to the Bahamas to avoid being arrested in Miami, but Crystal’s other two cruise ships continue to operate their last cruises. . Crystal announced last week that it would suspend operations until April and May 2022.

Speculation in the industry centers on the value of the assets and the potential that the companies are likely to be sold in pieces or if there is a possible route to refinance Genting Hong Kong.

CPI 2021 for Western Europe and the European Union:…