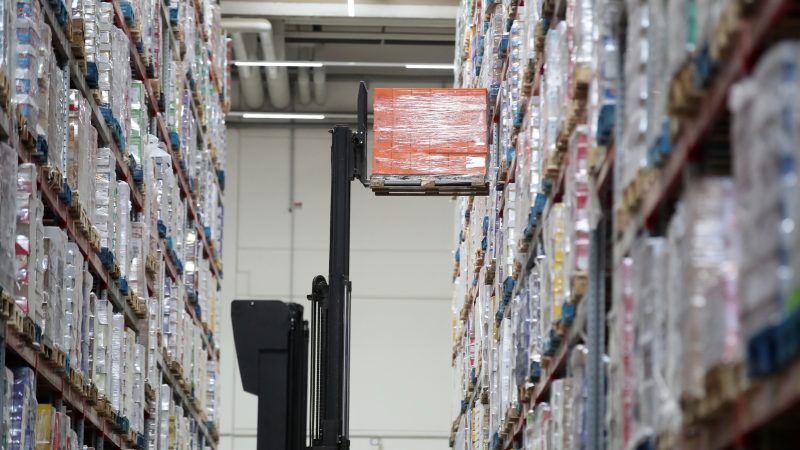 From “just in time” to “just in case” – EURACTIV.com

The pandemic and Russia’s invasion of Ukraine have sent shockwaves through global supply chains, prompting companies and policymakers to rethink their priorities, from efficiency to resilience.

Until recently, “just in time” was the name of the game in supply chain management. Storage of resources, intermediate and finished products was considered expensive and inefficient.

Well-integrated supply chains, plentiful and cheap shipping, and customer behavior data have made it work for businesses – at least for a while.

Then the pandemic and war led to high volatility in resource prices, skyrocketing shipping costs, disrupted supply chains, and big shifts in customer behavior. Suddenly, having resources and products in stock doesn’t seem like such a bad idea anymore.

“Companies are moving from ‘just in time’ to ‘just in case,'” Pallares said, adding that resilience and responsiveness to unexpected developments are becoming essential.

His argument is supported by a Boston Consulting Group business consultancy study which found that companies with resilient supply chains consistently outperformed their peers, especially during crises.

Pallares argued that many companies are trying to find suppliers closer to home and stock up on inventory to reduce their exposure to supply chain disruptions. According to her, this evolution is here to stay.

“Let’s face it, we’re going to face more of these risks in the years to come,” said Pallares, who is also Ceemet’s vice president.

EU policy makers are also reacting to this new environment.

For example, they try to ensure that strategically important parts of the supply chain, such as semiconductors, will be produced in the EU in the future. This is why the European Commission proposed the EU Chips Act, which is currently being debated by Member States and by the European Parliament.

Another way for supply chains to become more resilient is to reduce their dependence on a single trading partner.

“We need to diversify our supply chains,” said Christiane Canenbley, deputy chief of staff to Commission Executive Vice-President Margrethe Vestager, in an interview with European industry representatives at the same event. Wednesday.

New trade agreements with Chile and New Zealand could be concluded this year, and the EU is also expected to start negotiations for an ambitious free trade agreement with India this month.

Such trade deals would be a way to diversify away from the only obvious elephant in the room when it comes to trading partners the EU is heavily dependent on: China.

However, while there is much talk of near-shoring and re-shoring production, business models do not yet show much adaptation to a new emphasis on reshoring when it comes to trade with China.

As shown in the figure below, trade in goods grew strongly in 2021 despite the pandemic, but also despite the fallout between the EU and China over human rights concerns and rising tensions geopolitics.

Of course, aggregate trade figures do not yet show whether or not the products traded are of strategic importance. Nevertheless, it remains to be seen whether the EU and its industry are serious about diversifying their supply and reducing their dependence on geopolitically unstable trading partners.