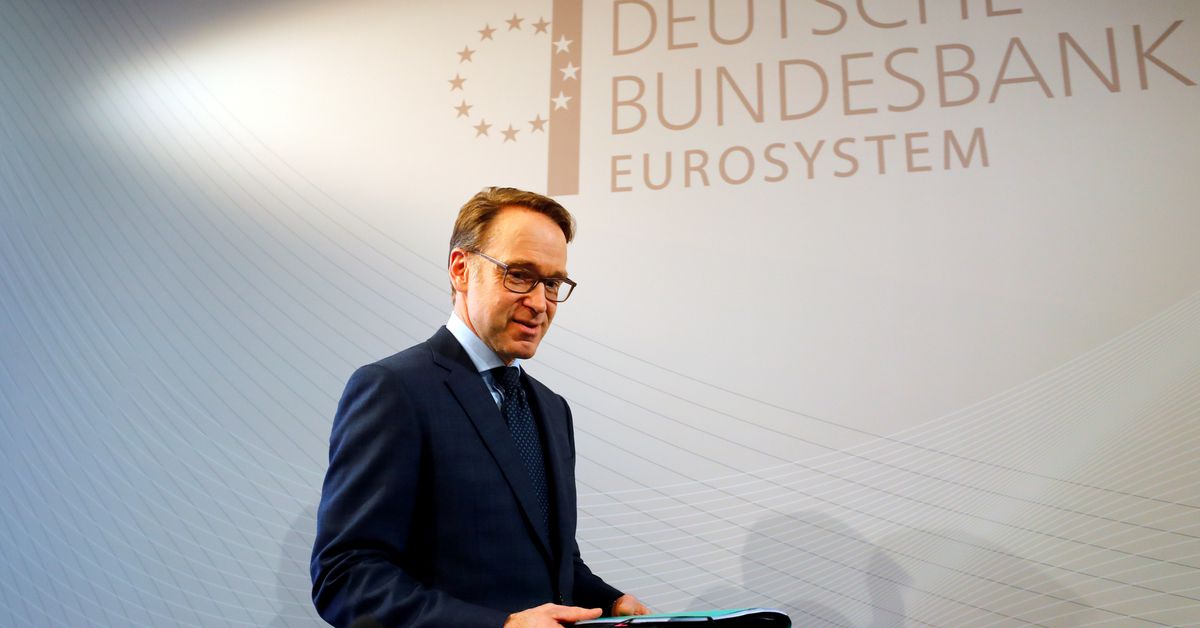 Factbox: Who will be the next head of the Bundesbank?

Below is a list of potential succession candidates at the German central bank when Weidmann steps down on December 31.

Wieland is a long-time member of the German Council of Economic Experts, which advises the German government.

He has often warned that too loose monetary policy could create financial bubbles, but defended the ECB’s bond-buying program when Germany’s Constitutional Court heard a challenge in 2019 to its stimulus packages.

Wieland recently says Spiegel He expects the ECB to slow down its asset purchases next year and raise interest rates in 2023, adding that the negative rate on deposits could be removed sooner than expected.

Wieland teaches monetary economics at the University of Frankfurt.

Fratzscher is the most “dovish” candidate on the list, having backed the ultra-accommodative monetary policy of the European Central Bank and called for more budget spending in Germany.

A former economist at the European Central Bank, he teaches macroeconomics and finance at the Humboldt University in Berlin and heads the DIW Berlin think tank.

Weizsäcker was the chief economist of the German finance ministry under the leadership of Olaf Scholz, who is now the main candidate to succeed Angela Merkel as chancellor.

He was a member of the Scholz Social Democrats in the European Parliament between 2014 and 2019, sitting on the Committee on Economic and Monetary Affairs.

A prominent member of an aristocratic family, he is a pro-European economist well regarded by German center-right.

Feld’s main area of ​​research is economic and fiscal policy.

Considered a representative of German economic orthodoxy, he has in the past called for an interest rate hike to avoid a real estate bubble in his country.

But he also defended the ECB’s asset purchases before the German Constitutional Court and supported the euro area central bank’s response to the coronavirus pandemic.

Former chairman of the German Council of Economic Experts, Feld teaches economic policy and constitutional economics at the University of Friborg. He was chosen to head the Institute for Advanced Studies in Vienna.

Schnabel is a member of the executive board of the European Central Bank, which would make an unprecedented move to Bundesbank.

In his first two years as a member of the ECB board, Schnabel broke the mold of German opposition to bond buying and negative interest rates and defended the ECB from critics in his native country.

She recently launched a hawkish note stating that inflation could turn out to be higher than what the ECB is currently forecasting.

Röller has been Angela Merkel’s chief economic adviser for a decade, after replacing Weidmann as director general for economic and financial policy at the German Chancellery in 2011.

As an academic, he mainly focused on innovation and competition and he did not comment publicly on monetary policy. He was also Chief Competition Economist at the European Commission in the 2000s.

Röller was asked by German lawmakers earlier this year about his role in the Wirecard scandal.

Buch has been Vice-President of the Bundesbank since 2014 after a two-year stint on the German Council of Economic Experts.

But she largely avoided the monetary policy debate in public, focusing instead on issues related to financial stability.

The Bundesbank’s chief economist has worked for the German central bank since 2005 after a five-year term as secretary general of the German Council of Economic Experts.

The 52-year-old economist is active on Twitter but has not spoken publicly on monetary policy, mainly explaining the ECB’s decisions and commenting on the economic outlook.

EU, US warn of ‘divisive rhetoric’ in Bosnia, call for dialogue