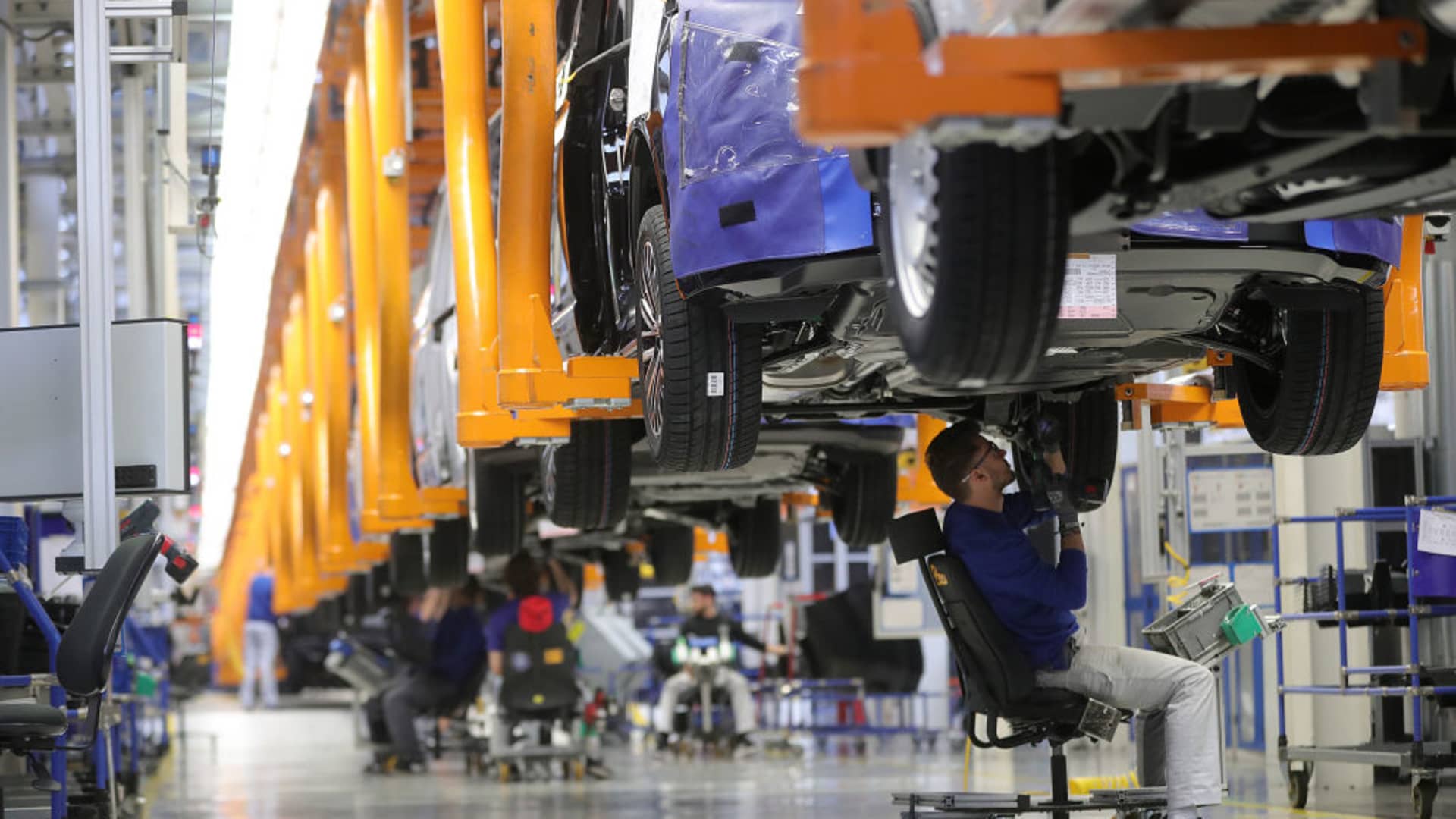 The pound fell below $1.14 for the first time since 1985 as dollar strength and recession warnings weighed on the British currency.

The pound fell as low as $1.135 at 8:50 a.m. London time, marking a new 37-year low before rising slightly to $1.138 in the early afternoon. This followed the release of figures showing a 1.6% drop in retail sales in August, which ING analysts said showed a “deteriorating consumer picture in the UK”.

The pan-European Stoxx 600 fell 1.4% in early afternoon trading, with nearly all sectors and major exchanges in negative territory.

Many sectors were down around 2%, including mining stocks, construction and industrials. Auto stocks fell 1.7% despite data showing new car sales rose in the European Union for the first time in 13 months.

This follows three days of losses for European stocks, which particularly affected energy and technology stocks. However, bank stocks gained on Thursday after analysts at Morgan Stanley upgraded the sector.

The World Bank on Thursday warned of a global recession in 2023 and said the central bank hike may not be enough to bring down inflation.

Asia-Pacific stocks fell on Friday, with the Shanghai Composite down 0.96%, despite China’s industrial production and retail sales figures for August beating expectations.

ANZ analysts said risk-sensitive stocks and markets will continue to struggle against inflation fears and expectations of Federal Reserve rate hikes next week.

US stock futures were also down on Friday morning.