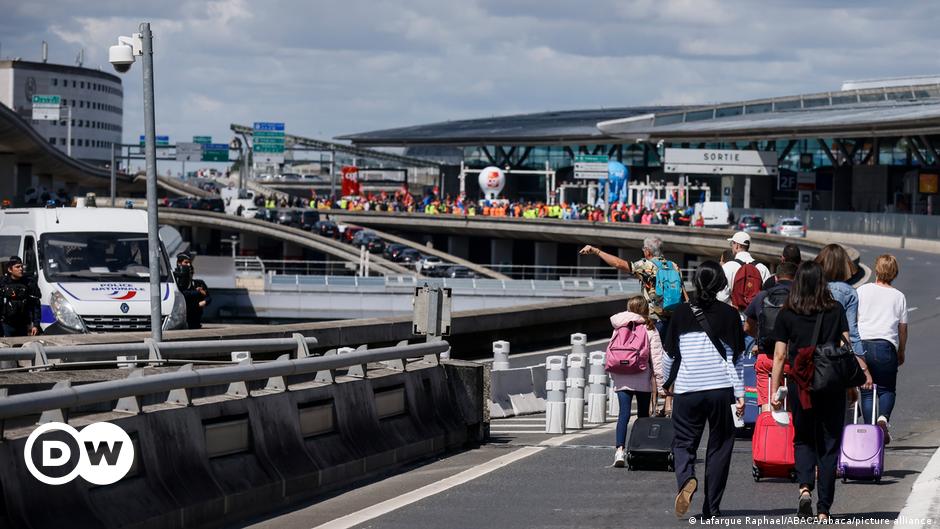 Hundreds of flights from various European airports were canceled or delayed on Saturday as the industry grapples with ongoing worker strikes.

One in five flights from the main airport in Paris was canceled on Saturday morning, while the EasyJet and Ryanair strike led to the cancellation of 15 flights to and from Spain and another 175 delayed .

The striking cabin crew are demanding improvements in their working conditions and paying to bring them up to the level of other European airlines.

Ryanair workers have been on strike since June 24, in a bid to bring the company to the bargaining table, while EasyJet cabin crew joined the strike on Friday.

“After six days on strike and given the company’s unwillingness to listen to its staff and its preference for leaving thousands of passengers on the ground rather than sitting down to negotiate a deal under Spanish law, we we were forced to call new days of strike,” said Lidia Arasanz of the USO union which organized Ryanair workers, quoted by AFP.

Arasanz said the initial strike had so far seen a total of “over 200 canceled flights and nearly 1,000 delays”, adding that the new strike could cause even more disruption.

Strike in France and Scandinavia

Workers at Roissy-Charles de Gaulle airport are fighting for higher wages to balance rising costs due to inflation.

They were offered a 4% pay rise on the condition that they end the strike on Friday, but this was rejected.

“A majority of workers think the offer is not good enough,” said Daniel Bertone, who represents the CGT union, as quoted by Reuters. “They don’t trust management and don’t accept ‘it’s this or nothing’ blackmail.”

The industry cut thousands of jobs during the pandemic when people couldn’t or wouldn’t fly, but they weren’t able to fill positions as new post-restrictions demand soared.

Airports in the UK and the Netherlands struggled to cope with increased traffic at the start of the year, while France was largely spared.

Pilots at Scandinavian airline SAS delayed a planned strike on Saturday after negotiations with company management showed progress. If the 900 pilots continue their strike, hundreds of flights a day will likely be canceled.