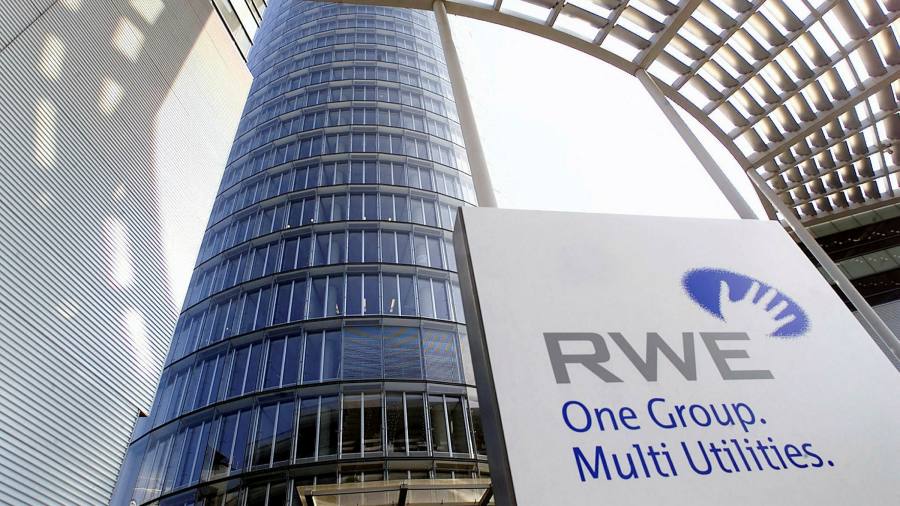 Energy and exploration companies, including RWE and Uniper in Germany and Rockhopper in the UK, have sued the Netherlands, Italy, Poland and Slovenia under the Charter Treaty energy (TCE).

Active cases revolve around the decisions of the governments concerned to order the closure of coal-fired power plants, to prevent the development of specific projects or to require an environmental impact assessment.

RWE said it endorsed “the importance of the energy transition” but “does not consider it fair” that the Dutch coal phase-out “does not include compensation for the disruption of corporate ownership”.

Uniper said its “first concern” was to “achieve legal clarity” over the early shutdown of its coal plant without adequate compensation. Rockhopper declined to comment.

The ECT, developed after the Cold War and signed by more than 50 countries, was intended to protect international energy investments by foreign companies or individuals. That protection extends to fossil fuel projects, and climate change experts say it discourages governments from developing policies to curb industries that cause global warming because of the risk of lawsuits.

The various companies are seeking compensation estimated at 3.7 billion euros in the five cases, according to documents reviewed by the Financial Times. A sixth case, for an unknown amount, was brought against Romania by the Austrian company Petrochemical Holding concerning an oil development contract.

Petrochemical Holding legal counsel Andrew Savage, a partner at global law firm McDermott Will & Emery, warned of Romania’s “stated desire to move away from fossil fuels. . . may give rise to further claims.

Climate experts sounded the alarm that the treaty was becoming an obstacle to tackling projects that lead to global warming in an open letter more than two years ago.

Dmitry Evseev, a partner at law firm Arnold & Porter, agreed that the lawsuit “could have a chilling effect, no doubt, on all sorts of policy changes”. “Investor-state arbitration is the biggest stick investors have,” he said.

Germany’s finance ministry warned the chancellor’s office in 2019 that using the regulations to phase out coal would create an “increased risk of litigation, especially international ECT-based litigation”, according to an email. seen by the FT.

When the Dutch Minister and State Secretary for Economic Affairs and Climate were asked last year about accelerating the dismantling of coal and gas-fired power plants, they said “a new intervention in the coal sector entails major legal risks in the context of pending claims”.

Energy is the world’s must-do business and Energy Source is its newsletter. Every Tuesday and Thursday, straight to your inbox, Energy Source brings you essential news, cutting-edge analysis and insider information. Register here.

One of the lawyers representing Italy in the case brought by Rockhopper – after the state refused to allow development of the Ombrina Mare oil field in the Adriatic Sea – said a defeat would be “extremely serious”, because it would give other companies “the desire to imitate Rockhopper”.

The active cases add to the increase in global climate litigation involving both the public and private sectors. But ECT cases are often shrouded in secrecy, with documents rarely made public. The secretariat’s website notes that “certain awards (and even the existence of certain procedures) remain confidential”.

The cost of bringing or defending a treaty-related case can run into the millions, with some claims being funded by specialist litigation funders in exchange for a share of damages. The compensation sought by investors may include an estimate of future loss of profit.

A 2021 report by the International Institute for Sustainable Development found that “the majority of known fossil fuels [investor-state dispute] cases are decided in favor of the investors”.

Talks to “modernize” the treaty are ongoing. The European Commission has submitted a proposal that would see the phasing out of protections for fossil fuel investments, which so far has been rejected by other signatory countries.

EU member states that remain dependent on fossil fuels, including Poland, are pushing the Commission to leave the treaty if the debate is not resolved. “The EU must have a well-prepared set of options for a possible EU exit from the ECT,” Poland’s Climate and Environment Minister Michał Kurtyka wrote in a letter seen by the FT. and sent to EU climate policy chief Frans. Timmermans last year.

However, countries that withdraw from the treaty remain bound by it for 20 years under the agreement’s ‘sunset clause’.

Curious about the FT’s commitments to environmental sustainability? Learn more about our scientific goals here

Secretary Antony J. Blinken with State of the Union on CNN with Dana Bash