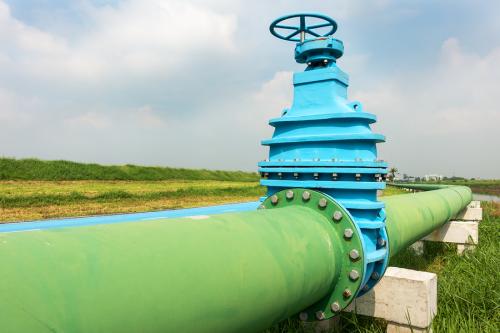 The European Commission (the Commission) presented on 18 May 2022 the details of its plan to reinvigorate Europe and reduce, and ultimately end, Europe’s dependence on Russian fossil fuels ( the REPowerEU plan or the plan)1 which was announced on March 8, 2022.

It aims to do this with three pillars: energy conservation; diversify supplies; and quickly replace fossil fuels by accelerating Europe’s clean energy transition, while intelligently combining investment and reform.

The plan recognizes that moving away from Russian fossil fuels will also require targeted investments for security of supply in gas infrastructure and very limited changes to current oil infrastructure, as well as large-scale investments in the electricity grid and a EU-wide hydrogen backbone. As such, the different elements of the plan, which include a series of proposals, communications and guidance documents, will be of interest to anyone involved in Europe’s energy markets, including developers of renewable energy projects and conventional, buyers and sellers of raw materials, and even households.

REPowerEU operates at three levels: on the demand side (through energy conservation); supply (by diversifying away from Russian fossil fuels and towards different and reliable suppliers); and finally, the acceleration of the clean energy transition (through the deployment of renewable energies and the reduction of fossil fuel consumption in industry and transport).

As regards energy savings, the Commission has proposed an increase from 9% to 13% of the binding energy efficiency target under the European Green Deal’s “Fit for 55″ package and published a ” EU Save Energy Communication”, detailing changes that could reduce oil and gas demand by 5%. Contingency measures in the event of a supply disruption have been defined and guidance on prioritization criteria and facilitation of a coordinated EU demand reduction plan will be issued at a later date.

As regards supply diversification, the already established EU energy platform will allow joint purchases of gas, liquefied natural gas and hydrogen and, as a next step, the Commission intends to develop a “Joint Purchasing Facility” to negotiate gas purchases on behalf of Member States. The external energy strategy adopted by the EU will simplify energy diversification and establish long-term partnerships, as it prioritizes the European Union’s commitment to the green energy transition.

As regards the deployment of renewable energy, the Commission proposes to increase the 2030 target for the share of renewable energy in total energy consumption in the European Union from 40% to 45% as part of the “Fit for 55”, which will create the framework for various initiatives:

The Commission is also providing guidance on renewable energy and power purchase agreements and will provide a technical advisory service, in partnership with the European Investment Bank.

An EU solar industry alliance has also been proposed, as well as a large-scale skills partnership, and the Commission will intensify work on the supply of critical raw materials and prepare a legislative proposal in this regard.

In this context, support for Ukraine and the Eastern Partnership countries was reiterated in the plan, to ensure security of supply and a functioning energy sector, while preparing the ground for future energy trade. renewable electricity and hydrogen, as well as the reconstruction of the energy system within the framework of REPowerUkraine. initiative.

Although the Plan refers to the proposed deferred delegated act on the definition and production of renewable hydrogen, and the proposed carbon contracts for difference, these measures were not in fact published at the close of business. May 18. Industry players will look forward to the publication of such measures to support the development of the green hydrogen economy.