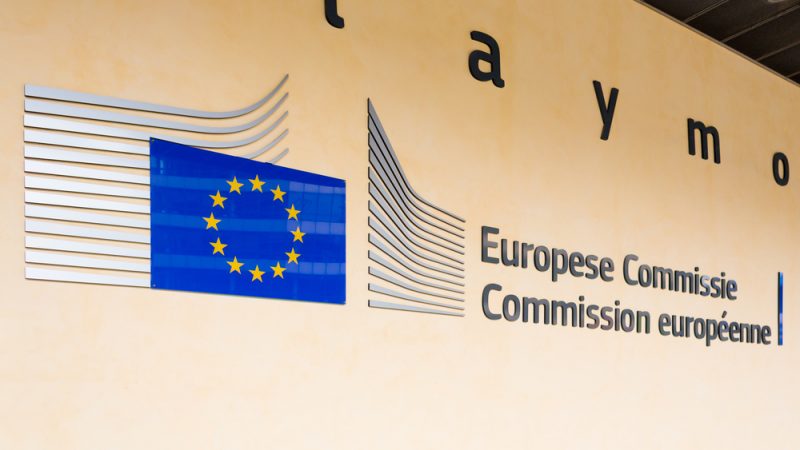 The EU public administration, torn between growing ambitions and a stagnant budget, faces another hurdle – inflation – with temporary staff ready to pay the highest price.

The European Commission recently increased salaries by 2.4% retroactively since the beginning of the year. The increase in salaries results from what is called “discounting”, an adjustment based on the reduction in the purchasing power of civil servants in a sample of 10 European countries.

However, inflation is much higher in Belgium (4.1%), where most Commission staff are based. However, these additional salary costs will weigh on the administrative budget of the European executive, which is decided each year. Thus, the additional costs will have to be compensated proportionally by reductions in expenditure.

This often takes the form of ‘negative priority’ – asking the Commission services not to replace permanent agents who retire or not to renew expiring contracts for temporary agents. Even those who have passed the public EPSO competition, which is supposed to lead to permanent jobs, find it difficult to get hired.

“Some vacancies will likely remain empty for some time. This will likely accelerate a trend that currently exists (even without inflation) of replacing expensive agents with lower paid, more precarious ones,” said Juan Pedro Pérez-Escanilla, former general secretary of the USB union.

The use of contract agents increased in the previous financial period (2014-2020), when the EU institutions were required to reduce their costs by 5%. In 2022, contract agents are the second most common type of Commission staff, accounting for 23% of the total.

In the new seven-year EU budget, administrative costs have remained stable while the tasks of the European Commission continue to grow. “There are growing expectations from Member States, as the pressure on human and financial resources is growing,” a Commission source said.

Inflation is bound to further increase this pressure, with temporary staff having to bear most of the cuts.

Six Commission sources told EURACTIV on condition of anonymity that their service was considering freezing the hiring of new staff or had already done so.

Contract agents are underpaid compared to permanent staff, who can earn up to four times more for the same position but with more years of service. Consequently, the compensation of the additional salary costs could lead to temporary reductions in the workforce three times greater than the increase in salaries.

The need to reduce costs has not been communicated officially, but indiscretions circulate more or less openly. At the same time, the industry is actively recruiting Commission experts.

“The situation is so critical that they have had to block the hiring of contract agents, and it is even difficult to renew contracts that are about to expire,” said one of the Commission’s sources, asking that his service not not be named due to the sensitivity of the situation. .

In another branch, management has been looking for ways to make resource allocation “more efficient”.

In a third Commission department, a senior manager admitted at a staff meeting that staff reductions had taken place before the salary update, but that the situation is bound to get worse now, especially if the inflation continues to rise and wages need to be increased further.

In yet another Commission service, a senior official told staff members that they had problems with human resources because they had taken on more than the places allocated for temporary staff.

The high turnover rate is also starting to be a continuity issue, as the same file is handed over every few months.

One of the sources explains that the management of his department preferred to hire a permanent civil servant rather than two contractual agents to ensure that they could keep the same person in the medium term.

The Commission has tried to fill these gaps through national experts provided by Member State governments, as they bear no cost to the EU institution. A second Commission source said he had direct experience of at least two directorates-general increasingly relying on national experts.

Still, experts in capitals can be hit-and-miss, according to a third source, as they can be offline or their availability can’t always be planned. Moreover, placing national experts within the Commission gives member states more leverage to influence EU policy-making.

According to a fourth source, the load will not be distributed equitably between the different departments but according to internal status and political priorities.

Although the Green Deal is high on the EU agenda, the Directorates-General for Climate Change, Environment and Energy are expected to be among the most affected, although they are already under-served. effective.

In digital policy, the Commission is under pressure to enforce the recently adopted Digital Markets Act, which means that resources will have to be reallocated from other parts of the European public administration.

“The application of the DMA would require around 80 people who would be redeployed internally, if necessary,” a Commission spokesperson told EURACTIV.

On Tuesday 28 June, a group of civil society organizations called on the European Parliament to ask for additional resources to implement the DMA as EU governments decide on next year’s budget in October.

Yet member states’ reluctance to grant more powers and resources to the Commission is a recurring theme in EU decision-making.

For example, a Czech Presidency working paper on the AI ​​law, obtained by EURACTIV, said the option to transfer part of the application into the hands of the EU executive has “practical implications and considerable financial resources.