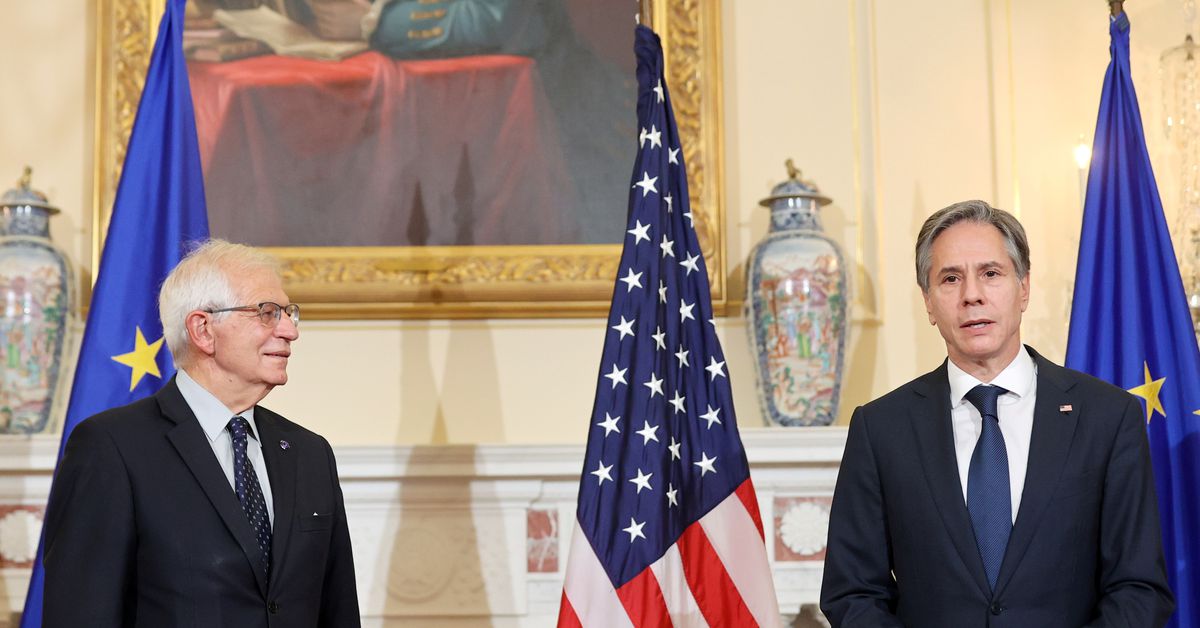 EU, US warn of ‘divisive rhetoric’ in Bosnia, call for dialogue

BELGRADE, Oct.20 (Reuters) – The United States and the European Union on Wednesday expressed support for Western Balkan countries’ efforts to join the EU, but expressed concern over “increasingly confrontational rhetoric “in Bosnia.

Serbia, Bosnia, Montenegro, North Macedonia, Kosovo and Albania all want to join the EU of 27 rich countries, but progress towards membership has been slow. Read more

In a joint statement almost a week after talks in Washington between EU foreign policy chief Josep Borrell and US Secretary of State Antony Blinken, the EU and the US government assured the Balkan states Westerners that they supported the enlargement of the EU.

“This region belongs to the European Union,” the statement said.

He also said Washington and Brussels supported efforts in Bosnia to “promote electoral and constitutional reforms and maintain the functionality of its state institutions.”

“We are seriously concerned about the increasingly confrontational rhetoric in Bosnia and Herzegovina,” he said.

“We call on all parties to respect and protect state institutions, to resume constructive dialogue and to take steps to move forward on the path of EU integration, including on relevant reforms.”

Under the Dayton Peace Accords that ended the 1992-95 war in Bosnia, the country was divided into two autonomous regions – the Serbian Republic and a Bosnian-Croat federation – linked by a relatively weak tripartite inter-ethnic presidency. .

The secessionist Bosnian Serb leader Milorad Dodik, who is also the Serbian member of the presidency, said last week that the leadership of the Serbian Republic would soon take steps to dismantle some of the main institutions of the Bosnian state.

Dodik has long said that the Bosnian judiciary and prosecutors were created on the basis of decisions of international envoys for peace and are not enshrined in its constitution. Read more

Factbox: Who will be the next head of the Bundesbank?