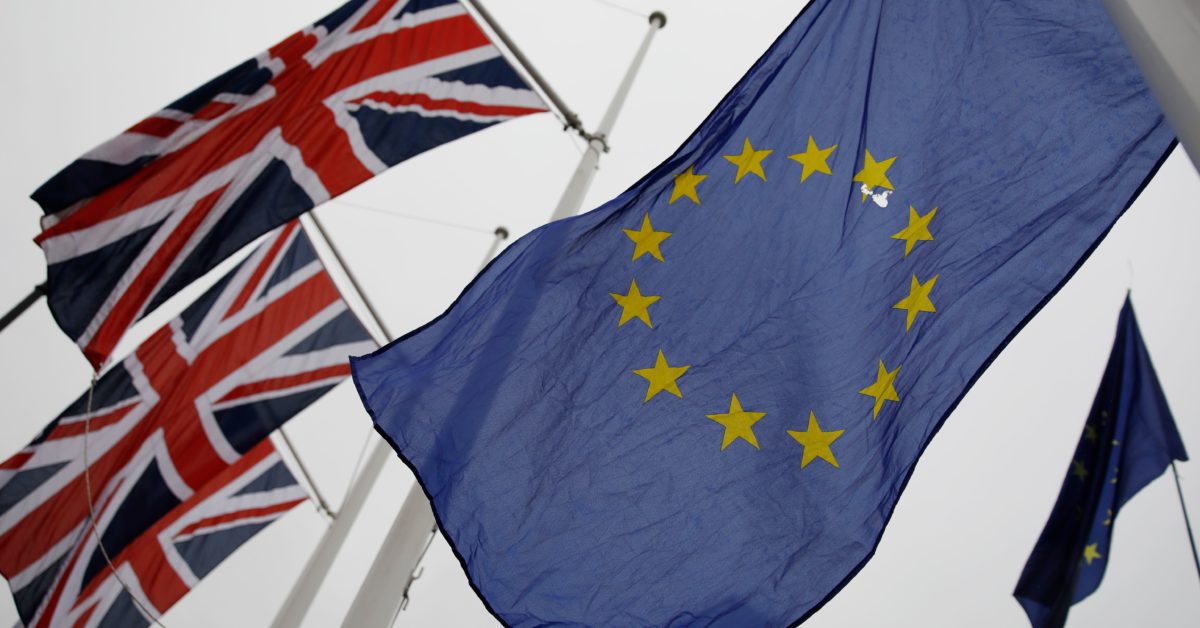 LONDON – A British decision to suspend the post-Brexit protocol in Northern Ireland could be a major test of European unity.

The protocol, which aims to avoid the need for a land border between Northern Ireland and the Republic of Ireland to the south, has long been Brexit’s most complex conundrum. The compromise reached in the Brexit talks has kept Northern Ireland aligned with key elements of EU law, but the two sides disagree on its implementation.

Discussions between Brussels and London over the controversial trade deals intensify this month, with the EU due to present a new set of proposals on Wednesday and the UK expected to provide more details on its own ideas next week.

Yet member states are not yet determined on how far to go in response if the UK pushes the nuclear button – and some fear that a trade war with Britain will be damaging to both sides.

POLITICO has spoken with officials and diplomats on both sides to determine what could happen if Boris Johnson’s government decides to act.

What the row is about

Britain wants EU to reduce the scope of border checks on goods shipped to Northern Ireland from England, Scotland and Wales, amid major business disruption and deep anger Unionist politicians from Northern Ireland, who see the arrangement as an obstacle between Northern Ireland and the rest of the UK

But the UK’s pro-reform rhetoric – outlined in a document released in July – would effectively require Brussels to trust its assurances that restricted goods cannot enter the EU’s single market through the Republic of ‘Ireland. The EU has warned Britain not to expect a meaningful renegotiation.

Compromises could emerge in areas such as simplifying customs processes for goods transiting from Britain to Northern Ireland, including medicines, but this will not meet all of the UK’s demands. At the crux of the matter is Britain’s attempt to change several aspects of the protocol that were controversial during the Brexit divorce negotiations and which the EU considers settled since the Withdrawal Agreement became international law. .

These include the application of EU state aid rules in Northern Ireland and the oversight of the European Court of Justice (ECJ) with regard to EU law. in the region – surveillance that the UK wants to remove. The latter is the biggest demand in the eyes of the European Commission, which sees it as an ideological demand from British Prime Minister Boris Johnson rather than an issue directly affecting businesses and citizens of Ireland from North.

The Commission now accepts that the UK is likely to unilaterally suspend parts of the protocol before Christmas through its Article 16 mechanism, which allows each party to act to avoid trade problems or “serious economic, societal or environmental “. Johnson and his Brexit interlocutor David Frost have made it clear that they believe this test has already been met.

What could the UK do?

The Commission’s formal response to the UK’s proposal – expected on Wednesday – is expected to include an exception for “national identity food products”, allowing sausages and other products to enter Northern Ireland from Great Britain. Brittany after the end of previously agreed grace periods, an EU said the official.

Frost will submit a new legal text to the Commission this week, laying the groundwork for a new protocol.

In a speech in Lisbon on Tuesday, Frost will warn that the EU’s proposals are insufficient. He will pressure the bloc to completely abolish its ban on British chilled meats entering Northern Ireland from the rest of the UK and remove ECJ oversight in the region, arguing that the court “has created a profound imbalance in the functioning of the protocol “.

This will open a period of intense talks that London would like to last no longer than three weeks, Frost told the Conservative Party conference. According to this timetable, Britain will refrain from taking any unilateral action until at least mid-November.

The UK should opt for a partial suspension, limited to areas where no compromise is found. This could be achieved by refusing to implement Articles 5 and 7 of the Protocol, which deal with customs duties on goods entering Northern Ireland from any other part of the UK as well as certification and standards .

Depending on the outcome of the talks, the UK could also add Article 10 to the mix. This obliges the UK to notify Brussels of any state subsidy decisions benefiting UK companies supplying goods to Northern Ireland. The rewrite of Article 10 is one of Frost’s main requests.

Suspending the protocol – seen as a worst-case scenario by the bloc but backed even by the most moderate members of Johnson’s cabinet – would give Britain the opportunity to impose its own solutions. London would buy time to gather evidence to back up its hypothesis that the UK’s approach does not really undermine the EU’s single market, and to persuade member states that retaliatory trade measures would be more painful for their own. savings than for the UK

How would the EU react?

The ball would then be in the EU’s court. Article 16 of the protocol gives the bloc the opportunity to retaliate with “proportionate rebalancing measures” if the UK does not live up to its terms. Although this is a distant prospect, the possibility of tariffs on valuable UK exports such as cars has already been discussed.

“There would be a trade war,” said an EU diplomat when asked what the EU’s response would be. “But it won’t be immediate.”

The weather, however, is on Britain’s side. The UK would have to give Brussels a month’s notice before invoking Article 16. This would launch a lengthy consultation process in the EU-UK Withdrawal Agreement Joint Committee, where the EU is represented by Commission Vice-President Maroš Šefčovič and the United Kingdom by Frost.

The EU will then consider its options and likely reactivate two pending lawsuits it launched against the UK in March. It was only once all its legal avenues were exhausted that tariffs would be imposed.

The Commission remains in “no-escalation mode” and has focused on finding solutions, an EU official said. Work on a UK response began before the summer, but officials preferred not to have a list of potential measures that could be leaked to the press and poisoned talks.

Yet recent threats from Frost and growing anxiety among EU countries have prompted the Commission to reactivate this work and it now plans to consult with EU ambassadors in Brussels on faster retaliatory measures, a said one of the diplomats.

Why this could put a strain on unity

Agreeing on an EU-wide response to Article 16 will be a delicate balancing act. Diplomats from some member countries are worried about the impact tariffs could have on their own national economies as they attempt to recover from the pandemic.

“The exact retaliation, how quickly it occurs and how hard it bites will be a test for EU unity,” said Raoul Ruparel, former Brexit adviser to Theresa May as prime minister British.

Two diplomats expressed France’s anger against AUKUS, the new Indo-Pacific alliance which caused Paris to lose a multibillion dollar contract to build submarines for Australia; an ongoing dispute with Britain over Channel fishing licenses; and a dispute over asylum seekers crossing the Channel could cause it to push other EU capitals beyond what they are willing to accept.

“The root of the problem, in a way, is the very poor state of Franco-British relations,” said Charles Grant, director of the Center for European Reform think tank. “It is so bad that it makes the French quite reluctant to help the British on Brexit issues. And the French are of course very influential on European institutions.

Grant argued that if the UK “started to take diplomacy seriously” and tried “to behave better and make friends in Europe, then there would be a threat to unity because everyone wouldn’t want to follow the hard line the French are taking. . “

A trade war would be a negative outcome for all parties, so EU countries will do everything possible to avoid tariffs, said a fourth diplomat, who represents a member country with high levels of bilateral trade with the UK.

“History has shown that EU countries have stood united on Brexit because everyone agreed that upholding the integrity of the single market was more important than any benefit one could have bilaterally with the UK, ”they said. And they insisted, “Unity will prevail.

The measures under consideration include the permanent suspension of a memorandum of understanding on financial services, negotiated by the UK Treasury and the Commission earlier this year but not yet signed by EU governments. Freezing Britain’s participation in Horizon Europe, the EU’s research and development program – which the UK hopes to join this year – is also launched.

Yet Ruparel believes neither of these two measures would force a shift in Britain’s stance given the strength of sentiment over the Downing Street Protocol – amid high tariffs on cars and other major exports or the suspension of data equivalence may well do. “The only really strict enforcement of the EU here is the pain it can cause in the UK – and is that pain costing the UK more than it appreciates what it wants to do in North Ireland ? “