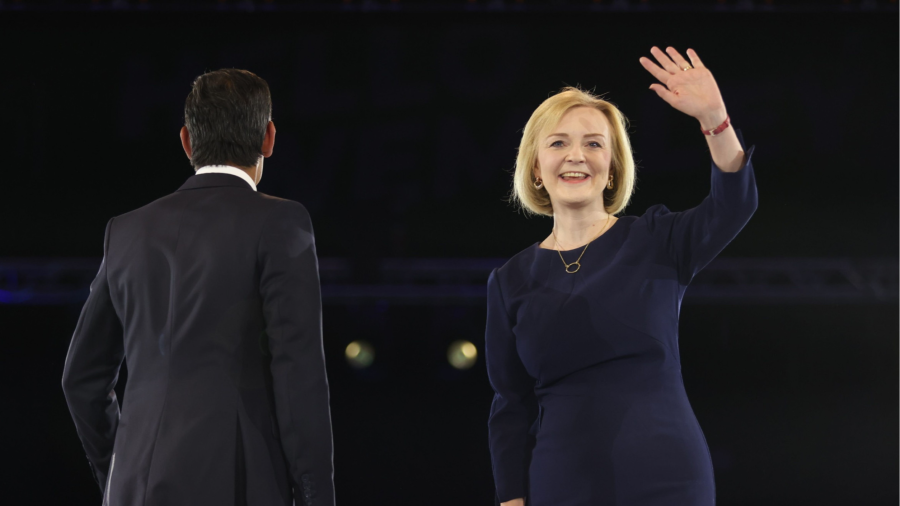 The EU plans to invite Britain’s next prime minister to a summit of European states next month as it seeks to boost regional cooperation in the face of Russian aggression.

Invitations to the Prague meeting on October 6 have yet to be sent out, but officials say the UK is likely to be on the list, alongside leaders from other EU neighbors including Ukraine , Moldova and the Balkan countries.

The grouping, tentatively dubbed the European Political Community, was introduced by French President Emmanuel Macron in a speech to the European Parliament in Strasbourg in May as a forum for countries adhering to core EU values ​​and enabling cooperation in areas such as security, energy and infrastructure.

It is intended to be a vehicle for deepening relations between the EU and its neighbours, including aspiring EU member states such as Ukraine and Moldova that may have to wait decades to join the Union.

President of the European Council Charles Michel go plan his plans for such a regrouping shortly after Macron, calling for a “geopolitical community that stretches from Reykjavik to Baku or Yerevan, from Oslo to Ankara”, believing that it could promote “peace, stability and security on our continent”.

Deciding whether or not to accept such an invitation would be a first test of the next Prime Minister’s appetite for deepening the UK’s dialogue with its closest neighbours.

Earlier this year, Liz Truss, who is the frontrunner in the Conservative Party leadership race, told a House of Commons committee that the UK was focused on NATO and the G7 rather than the EU. organization proposed by Macron.

Last month, Truss said the “jury was out” when asked if Macron was friend or foe.

The hope, said one official, is to show that democracies in the EU neighborhood are on the same side at a time when regional peace is under threat due to Russia’s invasion of Ukraine.

The Prague meeting, under the auspices of the Czech EU Presidency, would take place alongside a planned informal summit of EU leaders which is expected to focus on responding to the energy crisis and growing economic challenges resulting from the Russian invasion.

Michel told a group of European newspapers, including the Guardian, this week that he expected the UK to be invited to the summit despite difficulties over the Northern Ireland protocol, one of the most big stumbling blocks in the relationship. A spokesperson for Truss declined to say whether she would accept an invitation.

“I will send advice [to the new prime minister] that there just might be the appetite to try again [negotiation on the protocol]Burns told a British-Irish Association conference in Oxford, where he met EU vice-president and Irish foreign minister Simon Coveney.

Truss has angered Brussels by advancing a bill that would unilaterally remove key parts of the protocol and government insiders have told the FT she could trigger Article 16 proceedings to suspend the protocol in the days following her taking office if she became Prime Minister.

Brussels has warned it will refuse to engage in meaningful negotiations until London takes the “loaded gun” of legislation off the table.

On Friday, Šefčovič said that “further unilateral actions could give the impression to many in the EU that British leaders are not so interested in cooperation with the EU”.

But on Saturday he tweeted that Brussels was ready to “ready to respond” to protocol concerns with the United Kingdom “in a spirit of partnership”.

Taoiseach Micheál Martin of Ireland echoed his tone saying: “We believe there is an opportunity with the election of a new UK Prime Minister to create a window of opportunity to allow for a new spirit of negotiation”.

Coveney added: “If there is a strong signal that they want to do business, they will be very generously welcomed by the EU.”

C&A’s Giny Boer: “What we want to do now is democratize sustainable fashion”