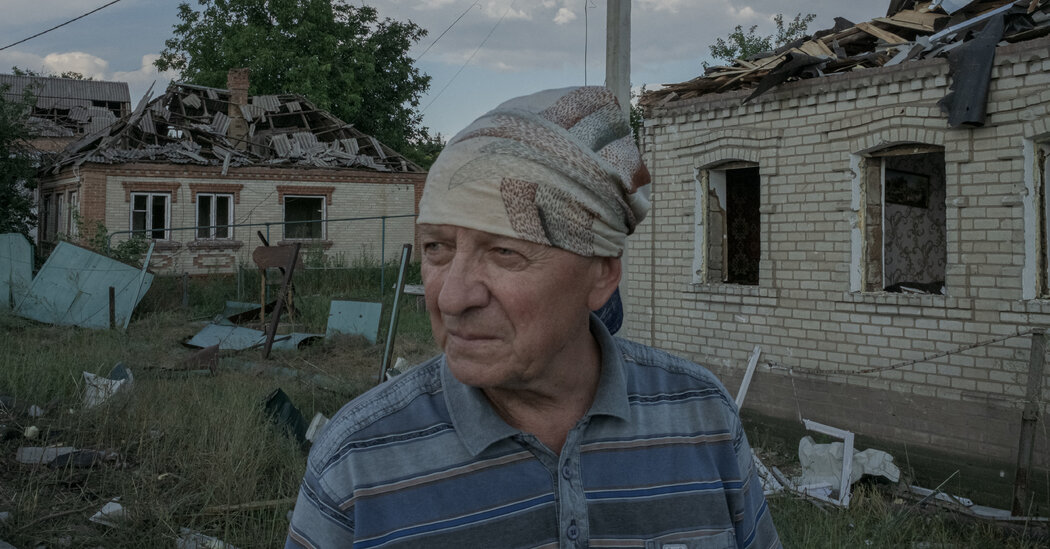 A bombed critical bridge. A fighter plane took off from the sky. Ammunition depots destroyed. A group of soldiers attacked.

Ukraine’s escalation of attacks on Russian forces over the past 48 hours in Kherson province raises a question: is the ground being prepared for a broad counter-offensive?

The southern city of Kherson fell to Russian forces in early March, and Moscow is now trying to absorb the province. Kherson, a port and shipbuilding center, is also a staging ground for Russian military operations in southern Ukraine.

This means that any attempt to recapture the city would have immense strategic and symbolic value for the government of President Volodymyr Zelensky. A counter-offensive would also signal a significant change in the war, and the timing is critical. A Pentagon spokesman said Tuesday that Russia plans to annex territories it has captured, including Kherson.

“Ukraine and its Western partners may have a narrower window of opportunity to support a Ukrainian counteroffensive in occupied Ukrainian territory before the Kremlin annexes that territory,” spokesman John Kirby said.

Since April, Ukrainian forces have effectively locked themselves in a defensive posture as they gradually retreated from a Russian artillery assault in the eastern Donbass region. The Russians have not seized new territory for weeks, and the Ukrainians say their defensive positions have stabilized.

But the purpose of the longer-range missile systems that Ukraine is advocating for, and that Western countries are increasingly beginning to supply to its government, is not just to thwart Russia’s advance, but also to regain lost territory.

“We are all striving to liberate Ukraine from the enemy,” Southern Ukraine Forces spokeswoman Natalia Humeniuk said on Tuesday. “We have one goal.

Ukraine used a HIMARS artillery weapon, newly supplied by the United States, to strike the Antonivsky Bridge in Kherson on Tuesday, an adviser to the country’s interior minister said. The bridge has been the main transit route for Russian supplies from Crimea, which Moscow annexed in 2014. Another 11 missiles hit the bridge on Wednesday, according to the deputy head of the pro-Russian administration in Kherson.

The bridge is a “key vulnerability for Russian forces”, according to a British intelligence report.

Ukraine’s armed forces also said on Wednesday they had blasted a Russian radar system in Kherson using missiles fired from more than 60 miles away – a day after the Ukrainian Air Force command announced that it had shot down a Russian fighter jet over farmland in Kherson and hit warehouses crucial to supplying Russian forces west of the Dnipro.

Ukrainian forces also struck a group of Russian forces, an adviser to the head of the province’s military administration said on Tuesday, adding that casualties were still being assessed.

These accounts could not be independently verified, although some of the attacks were captured on video.

Since May, Ukrainian forces have waged a series of skirmishes in northern Kherson, retaking villages, targeting railway lines and fighting for control of roads. It was unclear whether the advances were primarily aimed at distracting Moscow’s forces from larger battles in the Donbass or were a prelude to a bigger regional push.

If Ukraine mounts a massive counter-offensive, it will force both sides to face tough decisions, military analysts say. For Mr Zelensky, it will test whether his forces are able to do more than hold their ground and whether his wish to recover the ground Russia has lost since 2014 is achievable.

The Russian military, on the other hand, would have to decide the extent of its commitment to defending a territory, especially if the bridge is destroyed and resupplying its forces under attack becomes more difficult.

Midday European briefing: the struggle of equities as -2-