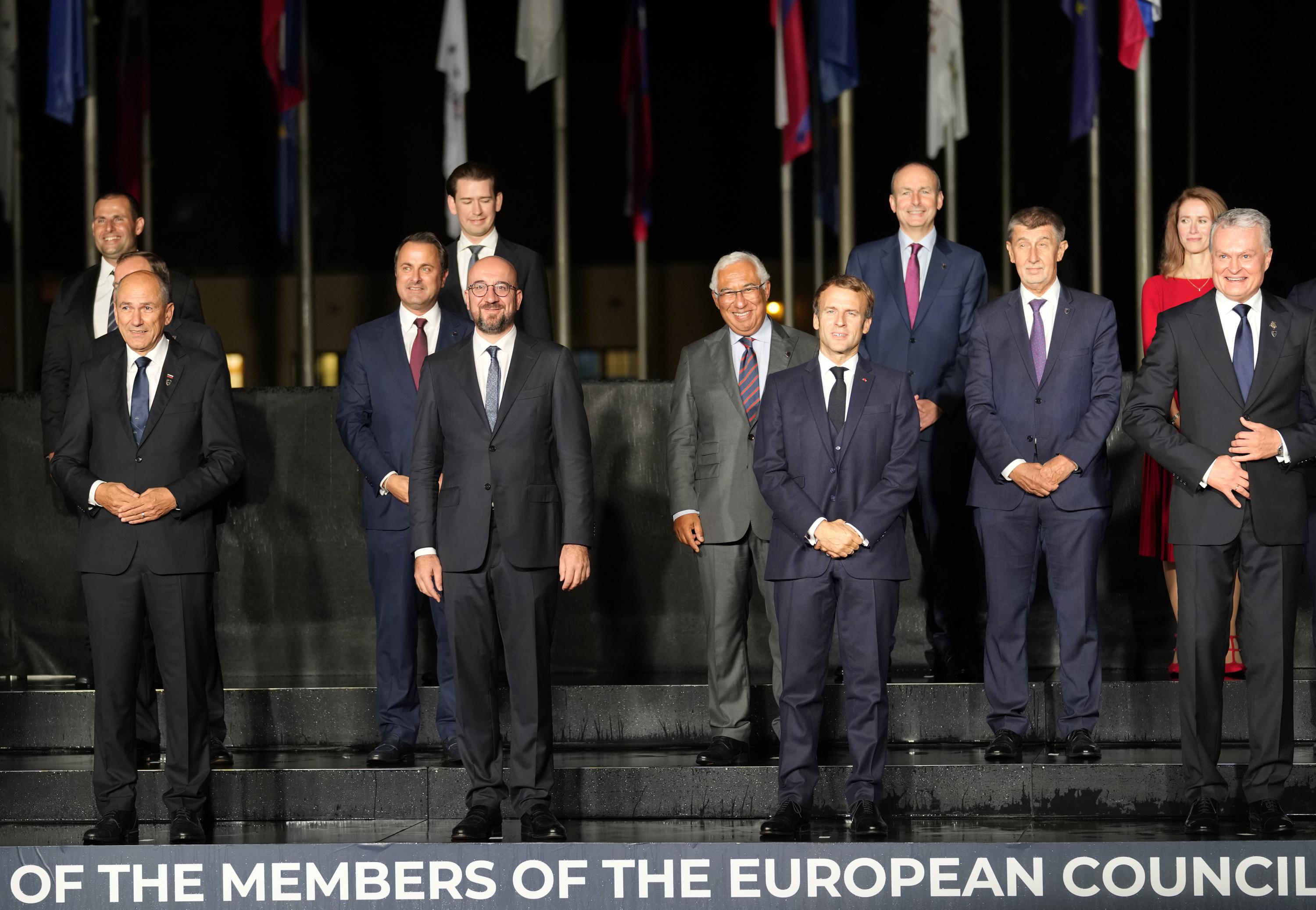 CHÃ‚TEAU DE BRDO, Slovenia (AP) – European Union leaders met for the first time on Tuesday since the disorderly withdrawal of Western troops from Afghanistan and France’s loss of a multibillion-dollar undersea deal dollars with Australia, events which they believe revealed Europe’s need for greater autonomy in defense.

With the 27-nation trade bloc’s strained relations with China and rising energy prices also on the agenda, they had plenty to discuss over their dinner at Brdo Castle in Slovenia. They have scheduled a summit on Wednesday with the leaders of neighboring Balkan countries.

The informal talks aimed to set the stage for an EU summit later this month in Brussels and a March meeting on European defense.

French President Emmanuel Macron, who has argued for years for greater strategic autonomy for the bloc, was to lead the discussion dinner on AUKUS, the Indo-Pacific defense agreement between the United States, Australia and Great Britain. Brittany, which led Australia to cancel the contract for French diesel-electric submarines.

â€œThe dinner will focus on the role of the European Union on the international stage – a broad program – but more specifically in light of recent developments in Afghanistan, the AUKUS episode, and more generally, what this says about the transatlantic relationship . “said an EU official involved in the preparations for the meeting. The official spoke anonymously in accordance with EU practice.

Australia acquires American nuclear-powered ships in place of French submarines. The Australian government’s decision has infuriated France, which is asking Washington for clarification on its commitment to its European allies. Several EU member countries have expressed their solidarity with France.

Macron and US President Joe Biden discussed the split over the phone to ease tensions, and Secretary of State Antony Blinken met with Macron in Paris on Tuesday to try to restore confidence in the French government.

â€œNATO is a pillar of security that we rely on, and at the same time we see that we need to be able to act more autonomously to strengthen our alliances,â€ said Michel. â€œStrong allies form strong alliances. ”

The 27 leaders also had to reassess their relationship with China, a topic they had not discussed as a group for over a year. Since their last talks, the bloc has adopted a massive investment deal with Beijing, but also approved sanctions against Chinese officials for human rights violations in the far west region of Xinjiang.

“After a year, in this globalized world, when we see tensions between the United States and China, we will clarify our position,” said another EU official who spoke anonymously.

Hours before the leaders’ dinner, police fired tear gas and water cannons at anti-government protesters in the Slovenian capital, Ljubljana, about 30 kilometers away.

Hundreds of protesters have turned out to oppose the Slovenian government’s pandemic restrictions. The protest was not directly linked to the EU summit, but the protest leaders apparently sought the opportunity to gain more attention from foreign journalists covering the event.