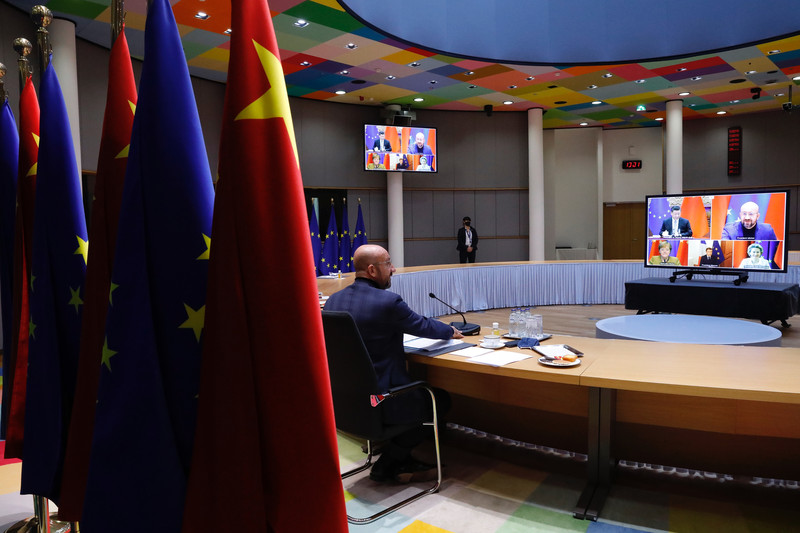 EU lagging behind in Indo-Pacific race

If the geopolitical pivot to the Indo-Pacific was a race, then the European Union risks being left behind at the turn.

The United States has just signed an economic and trade framework – IPEF – which covers the Quad members and seven ASEAN countries, including Indonesia, Singapore and the Philippines.

Some 18 months have passed since China struck a mammoth free trade agreement – RCEP – with all ASEAN members plus Japan, South Korea, Australia and New Zealand.

The European Commission presented a joint communication on the “EU Indo-Pacific Strategy” in September 2021, but many EU members have yet to agree to make it a geostrategic priority.

This is why European Commission President Ursula von der Leyen was still talking about “visions” and “intentions” for the region at the EU-Japan summit this month.

It is true that the region is more a political construct than a geographical one. Either way, its geopolitical importance cannot be overlooked. It’s time for the EU to ignite the afterburner and catch up with the race leaders.

The nations that make up the region’s core are home to more than 50% of the world’s population, 3,000 different languages ​​and many of the largest armies in the world, as noted by the US Indo-Pacific Command.

Asia alone will comfortably provide more than 60% of global economic growth by the end of the current decade. Its middle classes are growing at an unprecedented rate and could exceed 3 billion people by 2030.

Europe’s vision of the Indo-Pacific has been defined by the fundamental interests of democratic and economic development. This must expand as security and defense issues come to the fore.

Clearly China has always recognized such a breadth of commitment (look no further than its shock security pact with the Solomon Islands), while US President Joe Biden’s IPEF deal is just one part of an effort to provide Asian countries with an alternative to China. across multiple spheres.

It was therefore positive to read the words of Gabriele Visentin, the EU’s special envoy for the Indo-Pacific. He recently spoke of a desire to strengthen the union’s defense strategy “whenever necessary” and to more firmly defend the interests of the bloc, including the rules-based multilateral order.

The re-election of President Emmanuel Macron in France, who showed a keen interest in the Indo-Pacific during his first term, is another boost.

Russia’s invasion of Ukraine has accelerated EU action in global security and defense policy, removing several of the obstacles, including the lack of a coherent strategic culture among members, which have limited progress on this front.

The question is whether this is a real turning point, and which can be translated further.

The EU’s success in the Indo-Pacific will depend on the commitment of the right partners. Beyond similar traditional views – think Australia or New Zealand – the Philippines presents an intriguing opportunity.

A well-established democracy, with an economy recovering faster from the pandemic than nearly all of its neighbors, it is moving to a new administration after six years under the provocative but popular Rodrigo Duterte.

His successor, Bongbong Marcos, takes office in a few weeks. He makes reassuring statements about his constructive engagement with the international community – in both East and West.

While the Philippines is traditionally seen as a Western ally, the Duterte administration has pursued a policy of appeasement with China, although it has faced setbacks in recent months due to rising tensions in the South China Sea.

Concerns that new President Ferdinand Marcos would quickly turn to China seem unfounded. His campaign message of unity should also apply to his foreign policy, with a clear desire to act as a bridge between China and the West.

Although he spoke of shifting relations with China into a “higher gear”, he was also firm in upholding the 2016 Permanent Court of Arbitration in The Hague ruling against Beijing over the South China Sea, and spoke warmly about strengthening trade relations with the United States. including via IPEF.

With the return of war to its borders and the ongoing post-pandemic recovery, the EU finds itself in a radically changed strategic context.

If there is geopolitical good to come out of these human tragedies, it will be in the new and renewed strategic partnerships they are creating – on energy, defense and around shared values.

Cooperating with increasingly important players such as the Philippines, which should have an independent strategic mindset under new leadership, is a logical starting point.

The new Australian Prime Minister, Anthony Albanese, will offer an equally pragmatic and positive approach to dialogue and cooperation in the Indo-Pacific.

Prior to Russia’s invasion of Ukraine, the Indo-Pacific was high on the agenda of key global decision makers.

The EU would be well advised to re-engage in this theatre, not just through its traditional economic power, but in the interests of defending the rules-based multilateral order and securing peace.

European legislation would force Big Tech to do more to tackle child sexual abuse, but a key question remains: how?