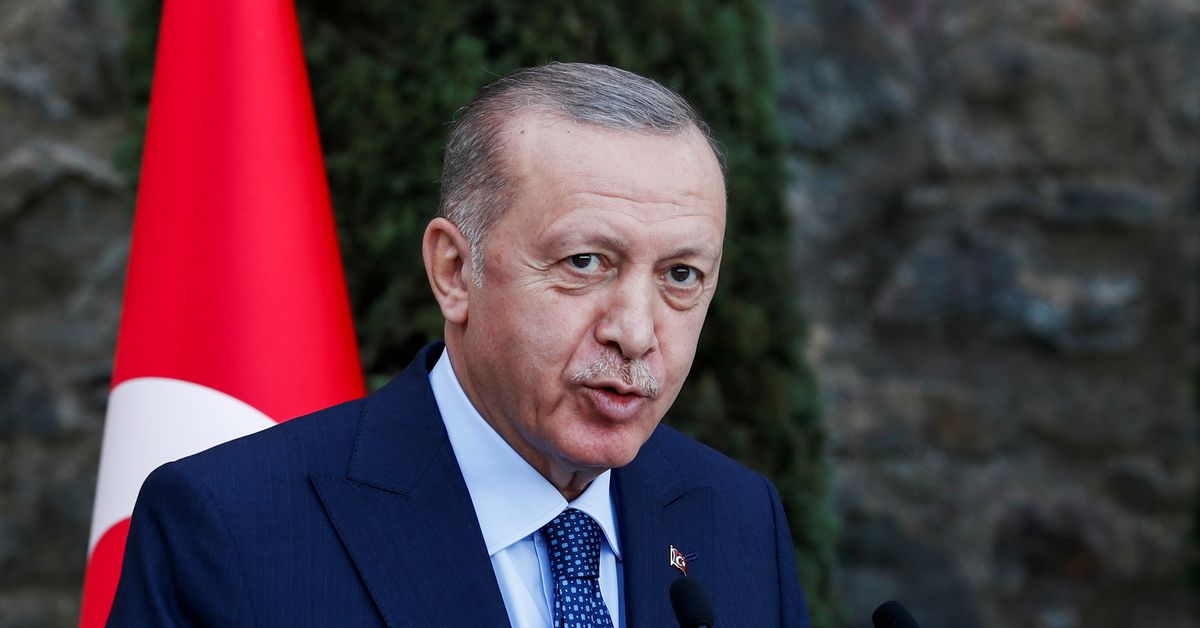 ISTANBUL, Oct. 19 (Reuters) – Europe’s highest human rights court on Tuesday called on Turkey to amend a law concerning insults to the president under which tens of thousands of people were prosecuted, after ruled that the detention of a man under the law violated his freedom of expression.

Vedat Sorli was given an 11-month suspended prison sentence in 2017 for a cartoon and photo of President Tayyip Erdogan he shared on Facebook, as well as satirical and critical comments.

There was no justification for Sorli’s detention and provisional arrest or the imposition of a criminal sanction, the European Court of Human Rights (ECHR) said.

“Such a sanction, by its very nature, inevitably has a chilling effect on the willingness of the person concerned to express his point of view on matters of public interest,” he said.

The criminal proceedings against Sorli were “incompatible with freedom of expression,” the court added.

Thousands of people have been charged and convicted of the crime of insulting Erdogan in the seven years since he rose from prime minister to president.

In 2020, 31,297 investigations were opened in connection with the prosecution, 7,790 cases were closed and 3,325 resulted in convictions, according to data from the Ministry of Justice. These figures were slightly lower than the previous year.

Since 2014, when Erdogan became president, 160,169 investigations have been opened for insulting the president, 35,507 cases have been filed and there have been 12,881 convictions.

In an important case earlier this year, a court sentenced pro-Kurdish politician Selahattin Demirtas to 3.5 years for insulting Erdogan, one of the longest sentences for the crime, according to Demirtas’ lawyer.

The ECHR has stated that Turkey’s law on insults to the president grants the head of state privileged status in relation to the transmission of information and opinions about them.

He said the law should be amended to guarantee people the freedom to hold opinions and spread ideas without interference from the authorities in order to end the violation found in Sorli’s case.

Competition, R&D and innovation: what is the thinking of the European…