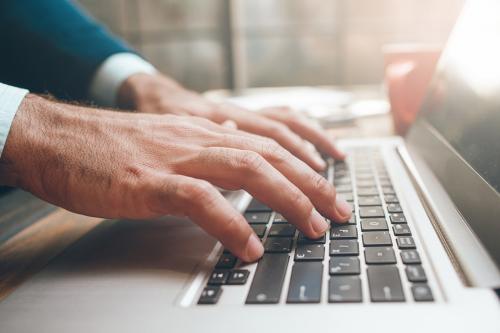 When an employee leaves, it is often a first step for the company that his personal access to his professional email is canceled as soon as possible (often even during the exit meeting). But more often than not, that mailbox will remain open for some time after termination, because there is a genuine business concern that emails may still arrive after termination that are of very legitimate business interest, for example with regard to orders. or open issues that need to be retrieved by someone else.

More and more employees seem concerned by this practice and are asking for the immediate deletion of their old professional e-mail address. Such requests are noted by the employer but (deliberately or not) are not always followed up with too much diligence, as evidenced by some recent decisions of the Litigation Chamber of the Belgian Data Protection Authority (DPA). These cases have enabled the DPA to refine its position on the matter and its conclusions and resulting guidelines, summarized below, should be of interest to all companies with employees and consultants in Belgium.

With regard to the e-mail address and mailbox of a former employee or consultant, the Belgian DPA considers the following:

In the cases brought before the Litigation Chamber, the Chamber has ruled that the principles of the GDPR, as reflected in the guidelines above, had manifestly not been respected. However, the sanctions applied by the Chamber remain relatively lenient: a reprimand, in one case accompanied by an administrative fine of EUR 15,000. This may be because, with all due respect to the DPA, some of these points may be advice of perfection, viable in theory but unlikely to survive their first encounter with the reality of a controversial exit from a resentful or upset or large-scale executive. terminations. There must be some flexibility in the penalty to reflect the presence or absence of actual harm to the ex-employee, any mitigating concerns the employer may have regarding competition, the administrative burden that the weeding through multiple mailboxes, the difficulties of doing that pre-termination weeding in the event that the termination or resignation is effective immediately, and what happens when the departing employee refuses to be trusted ( perhaps with good reason) to the trusted person. Hopefully the key for an employer will be to be seen to be doing their best – these procedures are guidelines, not laws, and so breaches of these can add substance to claims of breach of rights individual but should not constitute a freedom. standing claims by themselves.

House rulings underscore the importance of a dedicated section in the IT policy on the fate of the professional mailbox after the departure of an employee from the company. While still on duty, employees should be told why their employer wants access to their mailbox after they leave the company, how long their mailbox will remain open after they leave the company, what message will be communicated to correspondents and who will be the “trusted person” who will screen their e-mails. The level of information received will determine the employee’s reasonable expectation of privacy and ensure compliance with the GDPR information obligation to data subjects. Based on the guidance in these rulings, some companies will also need to rethink their policies around data retention and keeping mailboxes open without limitation. Developing a uniform policy in this regard will also require taking into account the views of other national data protection authorities in the EU, as they are not yet fully aligned on the subject. Attention to this issue is expected to increase, both from the authorities and from those affected. In other words, it may not be possible to develop a single EU-wide policy on this.

By way of conclusion, the Chamber’s decisions remind us that when it comes to privacy, people living in glass houses must not throw stones. A case came to the House following a complaint by an individual who had unsubscribed from a commercial mailing list but continued to receive unwanted newsletters. The DPA inspection service discovered that he was receiving these emails not as the original recipient, but because the newsletters were automatically delivered to him from the mailbox of a former colleague who had left the company months before.… Snap.