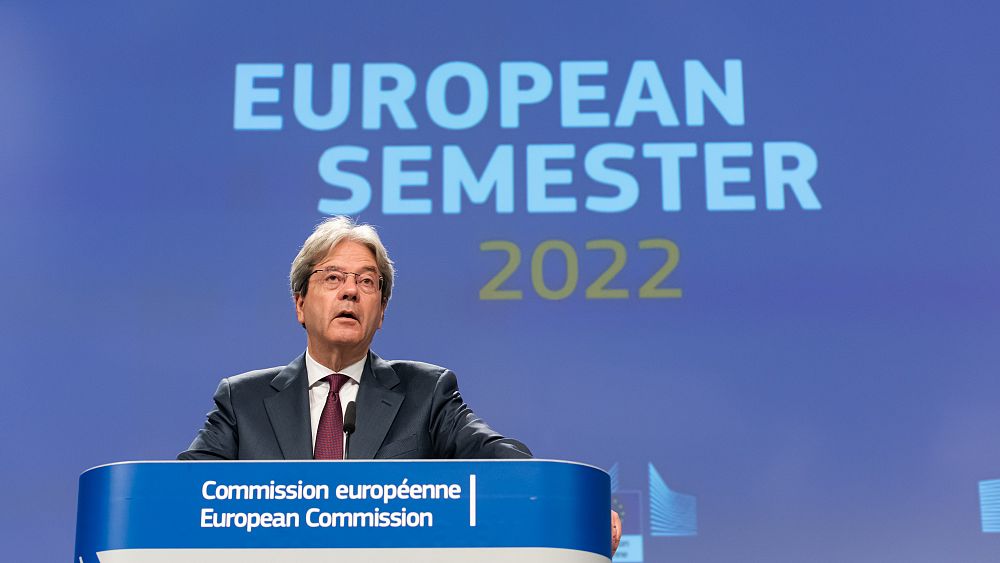 EU fiscal rules will remain suspended until the end of 2023 to help countries cushion the economic fallout from the war in Ukraine.

The European Commission made the much-awaited announcement on Monday morning when presenting the macro-economic review for each member state.

The disciplinary regulations, known as Stability and Growth Pact (PSC), oblige countries to keep their public deficit below 3% and their debt below 60% of GDP, limits that many States currently greatly exceed.

The rules were suspended in March 2020 to deal with the effects of coronavirus lockdowns.

Brussels planned to reactivate the rules at the end of this year, but Russia’s invasion of Ukraine prompted the Commission to revise its plans and extend the suspension for another year.

EU Economy Commissioner Paolo Gentiloni said the current economic situation was different from the financial disruption triggered by the pandemic.

“At that time the reaction was inevitably a universal reaction, we were supporting everyone in every sector, we were in for a disaster,” Gentiloni told Euronews.

“Now we use the [suspension] to ease the transition from universal support to a time of more targeted and cautious support.”

Highly indebted Member States should ensure that the measures they take are tailored to where aid is most needed and bear in mind that economic exceptions are not the norm.

“If energy prices continue to rise, if we have, in addition to prices, also energy supply problems, the risk of entering negative territory could materialize,” the commissioner warned, noting that countries can still use the resources allocated under the coronavirus. recovery fund, known as Next Generation EU.

Gentiloni added that countries can avoid a recession if they use these resources in the right way, but stressed that the economic outlook remains very uncertain and depends on the evolution of the war in Ukraine.

The Commission’s initial aim is to reactivate fiscal rules in early 2024, although this remains to be confirmed.

Fiscal policies countries will undertake next year should increase the public investments needed for the green and digital transition and energy security, Gentiloni said. Governments should also provide targeted measures to mitigate the impact of the energy crisis and provide humanitarian assistance to people fleeing Ukraine.

More than six million people have left the country since the start of the invasion on February 24.

Monday’s announcement comes days after the Commission’s unveiling an ambitious project to wean the EU off Russian fossil fuels, a years-long transition that will cost up to €210 billion and require huge public and private investment.