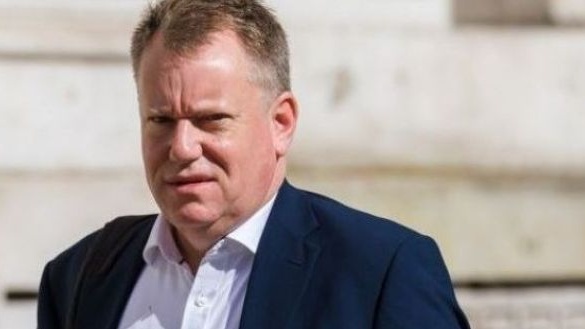 The European Commission is preparing a series of potential responses, including legal action, if Britain decides to use the Article 16 clause to suspend certain aspects of the Northern Ireland Protocol.

Contingency planning began in the summer but intensified as London hinted it was preparing to resort to the clause, which allows each party to take limited action unilaterally if the special arrangements cause ” serious economic, societal or environmental difficulties likely to persist “.

At a meeting of EU ministers from member states earlier this week, Germany insisted that preparations be made so that the EU is not caught off guard if the UK government follows through on the threat of use article, made by the Brexit minister. David Frost earlier this month.

On Thursday, Mr Frost stepped up the warning with a tweet saying the protocol had “a continuing negative effect on daily life and business in Northern Ireland” and demanded an urgent response to the changes demanded by Britain.

The committee prepared to unveil a series of adjustments to facilitate the implementation of the protocol – which keeps Northern Ireland broadly in compliance with the EU to avoid the need for a hard border across the island – including a change in EU rules on medicine. But the UK government has insisted these do not go far enough.

If London continues to use the clause, one option is for the commission to respond with legal action which could include the imposition of retaliatory tariffs on UK imports.

The circumstances in which Article 16 can be used are narrowly circumscribed in the Withdrawal Agreement signed between the EU and the UK, and the steps that can be taken legally should be limited to addressing the specific areas that are affected. .

The Withdrawal Agreement and the Trade Agreement that govern the post-Brexit relationship allow for a range of responses to breaches, including infringement proceedings, arbitration mechanisms and retaliatory measures on trade in some case.

The EU insists that the negative consequences in Northern Ireland are the result of Brexit, rather than the protocol, which it describes as the solution invented with the British government in an attempt to reconcile its departure with the need for a open border with the Republic.

But unease over the deal persists among some Northern Irish trade unionists and parts of the Conservative Party. Prime Minister Boris Johnson’s government has called for sweeping changes to the provisions of its “command document” on the issue, including a questioning of the role of the European Court of Justice.

The EU sees this as an attempt to reopen negotiations on the deal, which it has ruled out, calling for the deal to be implemented now so business can have certainty.

At an EU-UK committee on the implementation of the protocol on Friday, UK officials called for “significant changes to the protocol” and said it was “now urgent to make progress on the revised provisions” , according to a government statement.

He would continue to operate the protocol “on its current basis while discussions continue,” the statement added.