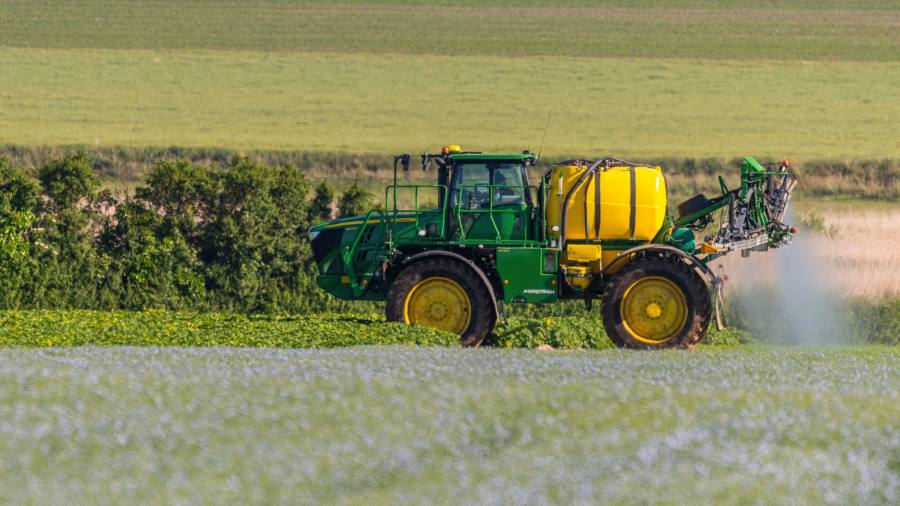 The EU is delaying plans to halve pesticide use over fears the move could slash food production and raise the prices of essentials in the bloc.

The Sustainable Use of Pesticides Regulations aim to reduce the amount of chemicals deployed by 50% by 2030, but an impact assessment said its implementation would likely reduce production. Russia’s war in Ukraine has increased energy costs for food producers and reduced imports of grain and other products from these countries.

The European Commission, the bloc’s executive arm, made the proposal in June but the European Council, representing member states, which must approve it along with the European Parliament, is dragging its feet, according to four people familiar with the situation.

“It’s a toxic subject,” said one. “In countries like Spain, if you impose a 50% reduction in use, you will have a significant reduction in production. Even inside the commission, there have been signs of apprehension. We hope the board torpedoes him.

The regulations are particularly unpopular in Eastern Europe, where countries generally already use lower levels of pesticides and believe it is unfair to make each country reduce a similar amount. They also fear that only the wealthiest European states will be able to afford less harmful chemical alternatives.

Poland led a group of 10 states that requested exemptions from the law. Janusz Wojciechowski, the European Commissioner for Agriculture, is Polish. “If that happens, he will be attacked in his own country,” the person said.

Even countries generally more supportive of green measures argue that the decision to reduce use when companies had yet to develop more sustainable substitutes was irresponsible, an EU diplomat has said.

“When and how to implement it must be discussed. We need to make sure there are alternatives and we cannot do it overnight,” the diplomat said. “The situation has changed since the conception of the green agenda. It is not acceptable to reduce production. We need to reform but it is not the right way to do it.

Copa-Cogeca, the EU farmers’ lobby group, is pushing for a host of green initiatives to be delayed or scrapped. It says farmers are already reducing the amount of crops they plant due to rising costs, mainly caused by soaring energy prices and drought conditions across much of Europe.

The group estimates that the EU cereal harvest will be 269 million tonnes this year, down 7% from 2021. Imports from Ukraine and Russia have also fallen due to the war .

Christiane Lambert, co-president of Copa-Cogeca, said on Monday that the drop in pesticides was “not realistic”.

“We may not be able to meet consumer demand if we see some of these products being phased out due to the directive. It is important that this decision be made on the basis of science and not politics.

The regulation also includes a ban on all chemical pesticides in areas such as public parks or gardens and other urban spaces.

The Czech Republic, which holds the rotating EU presidency, said it would not find a compromise on the directive before the end of the year. “The discussion has only just begun,” said the European diplomat. “It’s a difficult file, which will take time and compromises, but things are moving,” said another.

“It’s a priority, but member states have a lot of comments, so we have to go through them all,” said a third EU diplomat.